No. 1293: Borgating Court of Appeal refuses Jan Aage Torp to get their way, getting money from the state to demand money from me!

No. 1293:
Borgating Court of Appeal refuses Jan Aage Torp to get their way, getting money from the state to demand money from me! 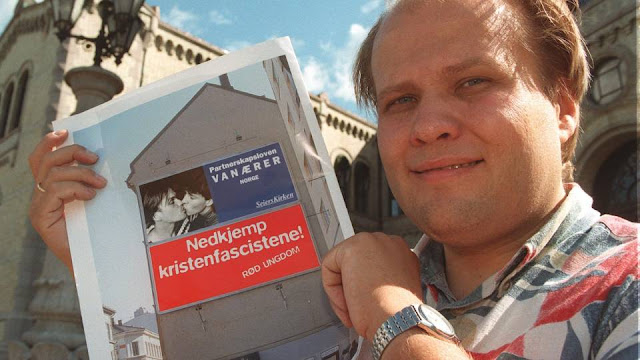 This leaflet where it is pointed out that Torp must pay any matter itself, then it goes without saying that Torp not anchor.

He never sacrificed anything for anything, but let always everyone else pay for their own "feast! '
Manglerud police Ansgar Braut Torodd Fuglesteg, even ladies get him to let themselves be exploited.

This made the false prophets before, so today too.

2 Tim. 3. 6 To them belong also those who sneaks into homes and get power over women who are burdened in sins and possible drift of all sorts of desires, 7 and which will constantly learn, but never learn the truth.

Dok 24
Jan Kåre Christensen
Hook path 2 C
0672 Oslo
Their reference
Our reference
Date
16-086576AST-BORG / 02
05/07/2016
Jan Kåre Christensen - Oslo public prosecutors
The Court of Appeal refers to the decision on July 1, 2016, where the appeal was referred to the case of application of law.
The decision is aimed today. By an obvious incorrectness was taken into references to the Criminal Procedure Act § 434, while the Court of Appeal's view of treatment of the compensation question, as was apparent from the Court of Appeal's draft decision, by an omission does not come with. Attached is directed decision where the correct view on the treatment of the compensation question emerges. It follows from the decision that any reparation claims should not be treated in connection with the consideration of criminal appeal.

As stated in the private decision must aggrieved Torp may put forward a civil claim before the High Court. Reference The decision has already been sent to the ministry for Torp, with a deadline of August 4, 2016. This date is still valid.

Identical letters have been sent defender and the accused, the prosecutor and the aggrieved January Aage Torp.