No. 1441: Theologian and Bible Teacher Øyvind Gaarder Andersen is completely, completely at will, in his Bible interpretation of remarriage when he believes that it is free to divorce and marry - but calls for a new wedding ritual for the married people, that will probably be needed!

No. 1441:
Theologian and Bible Teacher Øyvind Gaarder Andersen is completely, completely at will, in his Bible interpretation of remarriage when he believes that it is free to divorce and marry - but calls for a new wedding ritual for the married people, that will probably be needed!

Picture of Ludvik Karlsen and Emanuel Minos who are both dead now. But was about to open up most of what is wrong in PB today. Be it remarriage, the faith movement and most of it otherwise. Here, the "door" was set up, for the flesh, Satan and the world.
And the theological reflection group with Øyvind Gaarder Andersen continues this. 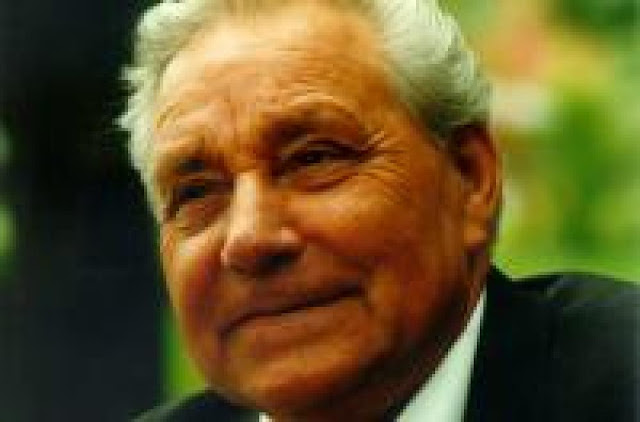 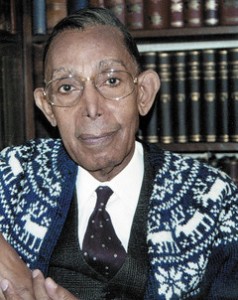 Here from the newspaper Vårt Land's interview with Øyvind Gaarder Andersen, who here thinks it is free rather than remarriage for believers, is contrary to God's word.

A guiding marriage document from the Pentecostal Theological Reflection Group opens up a separate marriage ritual when one remarries after divorce.
Øyvind Gaarder Andersen is the leader of Theological Reflection Group in the Pentecostal movement. In a new document, they elaborate on their understanding of the Bible in the manner of cohabitation ethics.
- Sometimes you show more grace to a murderer than to someone who has broken the marriage on the wrong level.
https://www.vI.no/nyhet/det-ma-vere-mulig-med-en-ny-start-1.1545377 1/4 27.6.2019

It gets skewed, says Øyvind Gaarder Andersen, head of the Pentecostal Theological Reflection Group.
Due to the development of society, they have seen the need to clarify their point of view in cohabitation ethics. After the Pentecostal Theological Reflection Group has published a document that addresses this particular. Divorce and remarriage have been treated very carefully.
- On the one hand, we must preach the importance of marriage and that it is meant to last a lifetime. Particularly because of developments in society where people think too easily about divorce. On the other hand, there must be room for those who experience that the marriage breaks down, says Gaarder Andersen.

In the Pentecostal movement, each church is independent, but committed to a common belief that maintains that the Bible is the supreme authority for life, doctrine, ethics and morality. The fresh cohabitation document is an account of what the Pentecostal movement believes the Bible says about the subject and how the scriptures are interpreted.
The point of departure for the reflection group is that marriage is meant to be lifelong and monogamous. While some conservative Christians believe that divorce cannot be allowed to remarry, the Pentecostal Reflection Group believes that remarriage is fine if the divorce is legitimate. This applies, for example, to adultery, when someone is abandoned by the spouse or by various forms of abuse and violence.
- It is difficult to pronounce square and categorical about personal relationships. There are situations where one can be physically and mentally destroyed by living in the relationship and where it becomes irresponsible with regard to the children. It is not always easy to say where the border goes, says Gaarder Andersen.
- What if you simply lose interest in each other?
- Then one has to be encouraged to take care that love can be revived, for example by giving birth to party therapy. We will encourage to stretch as far as possible to preserve marriage.

Even where a divorce is not legitimate according to the Bible, a new marriage should be possible, the Reflection Group believes.
- It must be possible with repentance and new start. We must emphasize the seriousness of divorce and consider what legitimate reasons for divorce are according to the Bible. But at the same time, the possibility of being married again to someone who broke out on a wrong mate is not depreciated. On the basis of sincere remorse And repentance one must be able to begin again.
The theological reflection group asks if one should have a separate marriage ritual for those who are remarried. Such a ritual can have a moment that allows for forgiveness and a new start.
- If you yourself know that mistakes are made and experience guilt because of it, it may be good to receive God's forgiveness and put it behind it. It is, however, not a draft of such a ritual, but we ask a question for consideration.

| The document from the Pentecostal movement is also treated as cohabitation, homosexuality and gender identity. The Reflection Group believes the Bible speaks clearly that marriage is meant for man and woman, and not for genders.
- | The question of equal-sex marriage, the Norwegian Church has two views and practices. Recently, the Norwegian Methodist Church has said that they will go in the same direction. Do you think there may be changes among Pentecostals in the future?
- When Pentecostal pastors, preachers, and leaders slowed down in November, there was full agreement on standing on the classic view of marriage. It is difficult to spa about the future, but the Pentecostal movement's beliefs say that marriage is for man and woman. If this changes, I think the resistance is so great that the Pentecostal movement is split - it is unthinkable to accept two
sight.
(quote end.)

Pentecostal movement and Øyvind Gaarder Andersen, leader of the Pentecostal movement's theological reflection group. Make a total "disc boom" here with opening up for remarriage among believers. There are at least two things they miss.
One is that they do not historically present what Christianity has been for 2000 years.
Secondly, they do not present what the word of God says, especially the New Testament with Jesus and the Apostle Paul.

This is a document that will create much trouble for the Pentecostal movement in the years ahead. That it is theologians who wrote this is amazing to me - they do not have the power to relate to their own terms.

It begins with a good principle - that the Bible should be read and understood as it is written. The Bible is the supreme body for explaining how we as Christians should live and relate to what is happening in society and in the churches.

But then this is not followed up when the topic itself is to be discussed and it is subject.

Matt 19
"9 I say unto you, Whosoever shall put away his wife for any reason other than adultery, and marry another, committeth adultery."
10 Then the disciples said to him, "Is it so between man and woman, it is better not to marry." 11 But he said, "This is something not everyone can accept, but only those who are given. 12 For some are eunuchs because they have come so from the womb, others because humans have made them eunuchs, but there are also some who have made themselves like an eunuch for heaven's sake. Let the one who can, take this to himself. ""

What is Jesus saying here? In verse 9, two different words are used which are important in the context but which are not taken into account in the document.

Jesus says that "adultery" provides the basis for revoking a marriage and thus giving it the right to marry again. If this is not the case, the person who remarries will commit "adultery".

Here it is important to go to the basic text where Jesus uses two words that mean completely different things.

In the first part, Jesus speaks of "porneia" (translated with adultery) and then uses a word that is most easily explained by the English word "fornication" which means having had a sexual relationship where neither party is married - neither with each other nor with others. .

In the latter part of the verse, Jesus uses the word "morcheia" which is best explained by the English word "adultery", which means that at least one of the participants in the sexual intercourse is married, but with someone else.

The cancellation meant that it was seen that there had never been an marriage since this was entered into on erroneous premises and thus they both were free to marry others.

It will then mean in our day that if one differs for some reason other than that "fornication" has been committed, all new marriages will enter into meaning that both those who enter into marriage live in sin and thus cannot inherit The Kingdom of God.

Jesus is also in this in Mark 10
"10 When they came home again, the disciples asked him about this. 11 He said to them," Anyone who divorces his wife and marries another commits adultery against the first. 12 And if a woman divorces from her husband and marries another, she breaks the marriage. ""

This must therefore be the starting point for any theological interpretation of this topic.
(quote end.)

Atle Mork Bednarz, you write:
This is a document that will create much trouble for the Pentecostal movement in the years ahead. That it is theologians who wrote this is amazing to me - they do not have the power to relate to their own terms.
(quote end.)

I've already written an article, this article is the other.
What amazes me is how shallow PB is in relation to this question.
In fact, through the ward 2000-year history, the doctrine of a homogeneous marriage has been extinct. That one doesn't mention this shows just how far out there is to drive. Even the story is not correct.
Can one expect then that the teachings are right? Here it is simply unbiblical doctrine, it is seductive spirits and the doctrines of demons that are based here.
Lagt inn av Jan Kåre Christensen kl. 11:20 Ingen kommentarer: