In 1 Corinthians 9.24 we read: "Know ye not that they which run in a sports ground, everyone runs, but only one receives the prize? So run your race you can win it '. 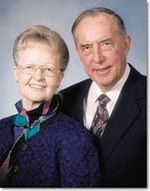 Scripture teaches that to marry a divorced woman is to commit adultery, which unfortunately Pastor Prince fell in

Bible Teacher and Pastor Derek Prince was first married to Lydia Christensen from Denmark but she died. Then he married again with a separated completely against scripture and as a model for all believers. What a tragedy and disaster for the body of Christ.

Begun is not complete

This is from my commentaries Galatians 3 2 Answer me one thing: Did you receive the Spirit because of the works of the law, or was it by hearing and believing? But we must remember, in Christ we are set free. Let no one to teach you something else. Works of the law was the law, we are under the belief - in Christ Jesus. You do not strive to please God. He just wants us to believe in His Son Jesus Christ. FAITH. When we live by faith in Jesus works by itself, the good deeds. What we want to do, not because we feel we have to, but because we want to make Jesus Christ works.

3 Are you so foolish? Having begun by the Spirit, are you now complete with the flesh? Here we see that they were about to fly away from what they once believed and had experienced. It reminds us very much about what happened to the church in Jerusalem as we read in Hebrews. The letters are written about. 10 years. Galatians and the area to the people it is written, we find that Paul visited in Acts. gj. 14. etc. Galatia was in antiquity an area in the highlands of central Anatolia (modern Turkey). Galatia was bounded on the north to Bithynia and Paflagonia, to the east by Pontus, in the south against Lycia and Cappadocia, and to the west by Phrygia. The Turkish capital Ankara, located in the ancient Galatia. Province of Galatia, year 120 AD Galatia was named after the Celtic Gauls who immigrated there from Thrace, and that was ruling the people in the range of 3 century BC It has also been called "Eastern Gaul." The Gauls mixed with Greeks who lived in the area before and during the Middle Ages, they were often referred to as the "Gallo-Greeks." Galatians formed a lasting kingdom subsisted partly by plundering neighboring states. They were skilled warriors, respected by both the Romans and Greeks. For many years the Galatians ravaged the western part of Asia Minor until they were stopped by Attalos I Soter, king of Pergamon, in the year 232 BC He forced them to stay within the boundaries Galati. After Attalus' death resumed its herjingstokter Galatians, which forced the Roman Empire to send a punitive expedition against them. Galatians were beaten and their heyday was over. Galatians later became the Roman Empire's strongest supporters and voluntarily entered into the Roman Empire in 64 BC

4 Have you experienced all this in vain - if indeed it was to no avail. It is as Paul stated. It really is the same message we meet here as we meet in the book of Hebrews. Jesus and the gospel is enough, but here they will leave it to the advantage of all that the Old Testament and Old Covenant regulations says we should keep. But as no one was able to hold and to follow, apart from Christ Jesus. It will be like shooting themselves in the foot and try to run faster.

Have you experienced all this in vain - if indeed it was in vain?

This asks the Apostle Paul about. It does nothing with Bible study, bibelutleggelser and all that without we live in accordance with what we believe and teach. James speaks of looking into a mirror and forget what we look like, this was Pastor Derek Prince 'court. He was married again with a divorced, this was his great, great sin and mistakes in life that make his service and education has no impact in the spiritual world that this had had if he had not remarried with a divorced as Pastor and Bible teacher.

James 1 23 For if any be a hearer of the word and not a doer, he is like unto a man beholding his natural face in a glass: 24 For he beholdeth himself, and goeth his way, and promptly forgot what he looked like.

It is great in the kingdom of God is not like Prince who taught the right but not even alive then. Fariseernerne taught right, but did not live then as Derek Prince. So Prince's example not something to aspire and live by.

Matt. 23. 3 Therefore shall ye observe and do all that they command you, but by their works shall ye do. For they say, but they do not.

But the tragedy is that he did not live then, it applies to you or me? I am writing this for us to take lessons but do not do as Pastor Derek Prince.

Remarriage of ministers or preachers marries a divorced woman is a mortal sin, worse than anything else in today's Christianity.

James says in his epistle chapter 3:1: "My brethren! Not many of you should become teachers! For we know that we will get the stricter judgment. " The responsibility is huge to be preaching. There is a big difference between being a regular church member and being a preacher. But that's not to say that one is more loved by God, but it has to be true of the responsibility God has given. I believe that God will forgive any sin all. But there are other things that need to be considered, which preaches possess any special responsibility. Would someone in a profane context allowed a pedophile to work with children? No. Equally clear is the Scripture that we should not allow a re-married preacher should preach to other people with a pastoral and teaching responsibilities. That one is Evangelist such as Frank Mang was after he was divorced, we can allow. But do not be installed as Pastor, pastoral or elder. One should not be the leader of the flock and the herd, but be even under a system of inspection. But when one holds an office as minister, and so a lot is demanded. Therefore James says that not many will be preachers. Why can not a preacher taking liberties only on their own account and discretion, he has a special responsibility upon God and his fellow man. When it comes to marriage, then it is not permissible for a minister to marry again under any circumstances, then disqualifies him for the office he has received. It's like a runner cut off his legs, he is no longer fit to be a sportsman, if he wants to. A minister should be the husband of one wife, we see Paul teaches about time after time. (1 Tim. 3.2 and Titus 1:6).