Nr. 405: There is a difference between demonic aktevitet and carnal aktevitet the church of God! Part 1

There is a difference between demonic aktevitet and carnal aktevitet the church of God! Part 1

It is not just out in the mission field that demons work and graduate, but also in Norway. But here in Norway are as deep sea fishing while out on the mission field is that fish are near the surface of the water. But fish are fish, and demons are demons. Actually vrimmler that of demons, and there are as many of them in the Western world as it is in the so-called developing countries 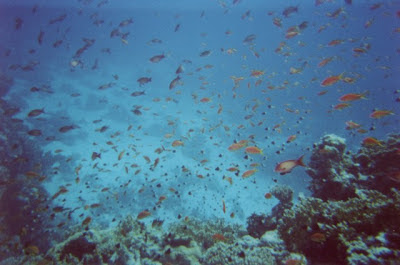 From my commentaries Markus Gospels Liset 1 23 Now there was in their synagogue a man with an unclean spirit. He began to shout: Here was a real encounter gangs made manifest what actually lived in his heart. He had been there before and many greeted him and he greeted back. But it was only when Jesus entered the synagogue, the spirits of this man came forward. So it is today, it is only when light from the sky begins to reveal that Satan is revealed. 24 "What do you want with us, Jesus of Nazareth? Have you come to destroy us? I know who you are: the Holy One of God! " At bottom, then, Jesus had created this demons as he stood face to face with. We read in Kol.1. 16 For by Him all things were created: in heaven and on earth, the visible and the invisible, thrones and rulers, powers and spiritual forces - All things were created through him and for him. But this demon also knew him. 25 But Jesus rebuked the spirit, saying, "Be silent and come out of him!" Here Jesus takes authority and may allow this no longer to make themselves known. There had been plenty of those who had been blinded by this announcement here: Jesus of Nazareth? I know who you are: the Holy One of God! " 26 The evil spirit shook the man screamed and came out of him. Even above Jesus, he did not. It would not appear because it thrived where it was. Was a real encounter gangs but were never revealed until Jesus came. There are plenty of demons that thrive in religious meetings because they know they will never be revealed before the light comes from the sky. 27 All were amazed, they talked at each other and said, 'What is this? A new teaching - and with authority! He commands even the unclean spirits, and they obey him. " The Pharisees and the scribes did not really team up with Satan and demon. It also makes the religious today. How does a it? Note that empty grievous sin that remarriage, state aid, etc. are never any real consequences among believers. They smile and say, that's not good, but they never deal with sin which makes demons get a free pass into the church and among the faithful.

1. Genesis 6 4 In those days there were giants on the earth and likewise ago, when the sons of God went to the daughters of men, and they bare children to them, it's the mighty from ancient times, the renown.

Based on the font so did not get the fallen angels allowed to multiply after this and those that did were imprisoned by God before the day of judgment at the white throne.

2 Peter 2:4 For if God did not spare angels when they sinned, but cast them down to hell and delivered them into darkness, into custody for judgment.

Spirit powers are much more "normal" than what most people think and believe when God's word says that all people are the affects of these in greater or lesser degree.

How to overcome Satan, the fallen angels and demons? It is by putting on the whole armor of God and not let the flesh, darkness or sin in some areas of our lives. This is from my commentaries on Ephesians to have whole armor of God: