No. 1555: It is a Christian's duty to stand up against injustice as we do against Oslo Municipality, and the Planning and Building Agency, which is the servant of the evil one, not the good one!

No. 1555:
It is a Christian's duty to stand up against injustice as we do against Oslo Municipality, and the Planning and Building Agency, which is the servant of the evil one, not the good one!

The Bible does not have a clear message that one should in blind obedience follow the authorities in one and all.
On the contrary, there are times when one must resort to so-called civil disobedience.
The authorities are people, who also make mistakes.
Here in our case with Oslo Municipality, they lie and speak lies all the time.
They completely violate proven Norwegian law, and the public administrations that are set to take care of. They are obviously violating Norwegian law.
They should have uncovered conditions that they do not. Blue. that PBE is under Norwegian law obliged to answer questions.
They lie that they have not drawn the stairs even though photos and other things are taken regularly over our property.
It is a lie after a lie, violates Norwegian law, and the public never admits mistakes or guilt.
Then it is both right and a Christian duty to speak out!
Picture of a drone that takes a picture of both our and other people's properties here in Oslo, which tells us that PBE is completely proven to be lying to us constantly. 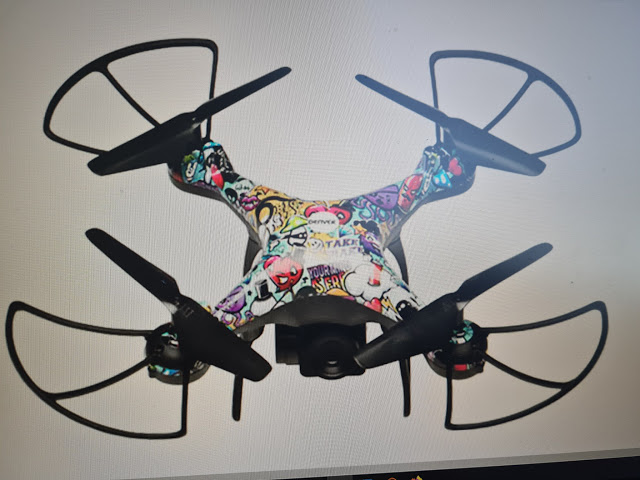 Room. 13. 1 Every soul must submit to the superior authorities, for there is no authority without it being of God. All authority is permitted by God.

03 A ruler is not afraid of one who does good, but does evil. So if you do not want to fear the authorities, you must do good. Then you will get praise yourself.

05 Therefore, you are obliged to submit - not only because of his anger, but also for your own conscience.

06 For this reason you must pay your taxes, because those who constantly do this are also servants.

Scripture says the following:
“For he is a servant of God for your good. But if what you do is evil, fear him, for he does not bear the sword for nothing! He will be a servant of God to the vengeance and wrath of those who do wrong. "

Here we do well, call down to the Municipality for guidance.
Builds as agreed, and then we are informed that it should have been applied for.
We apply and then PBE does everything they can to create problems for us.
In other words, Oslo municipality is here in the service of evil.
Should one then align oneself with this?

1.) We call down, get guidance on how to build our wall. We do as agreed, and then we hear that our case officer has been taken off the case. But we must apply in writing as this has not been done. We do as PBE wants, and then they find all the mistakes they can. It turns out that our shortcomings are minimal. But PBE does everything to be difficult against us. This is discrimination de lux!

3.) PBE says they know nothing about our stairs. Even though they have everything on drawings. They constantly lie, distort the truth and make themselves as difficult as possible. They are obviously controlled by dark and negative forces.

To me, it's like that, when PBE lies in the little things. Then they lie constantly and are unreliable.
The case is somewhat strange, here it is only a question of storage room, stairs and wall. To carry out their evil intentions for really something trivial things. Then they lie every time they have no drawings over the stairs. It is also the case that drones regularly cross every property, at least here in Oslo.
Where they take pictures, and these pictures PBE has full access to.
Talk about rubbing salt in my wounds - d'oh!

Adolf Hitler and the Nazis were legally elected and ruled Germany from 1933-45.
PBE is legally deployed they too.
Now PBE does not engage in direct violence.
But they really want to throw us out of our own home.
It testifies to their disgusting attitude and propaganda towards us.
Where everything is allowed, if they can hit us.

PBE and Oslo Municipality's task is the following:
"He will be a servant of God to the vengeance and wrath of those who do wrong."

Here in our case, it is we who do good, while the Planning and Building Agency does evil, lies, discriminates and just does garp!
Then it's right, and in a place to speak out!