No. 1569: It is directly double moral how many Christians act against being gay, but "for" remarriage, as God's word warns against both in the New Testament!

It is directly double moral how many Christians act against being gay, but "for" remarriage, as God's word warns against both in the New Testament!

It is strange that many Christians condemn most things except remarriage.
Although the word of God clearly states that for believers this is fornication.
Illustration image 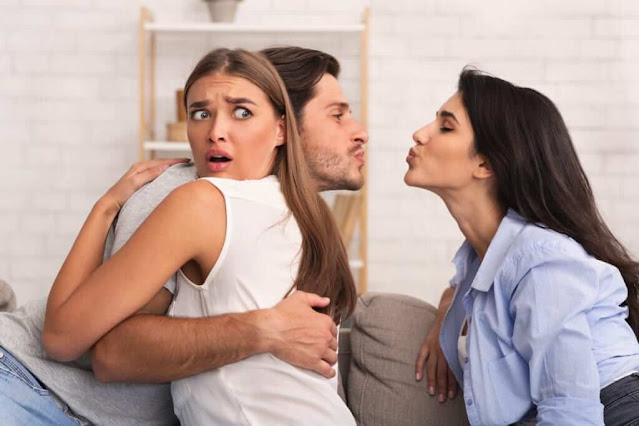 The Bible speaks very strongly about not being biased in a case.
We as believers must be careful in all respects, not just in or a few areas.
But in all parts.
Therefore, we can not hate any sins, and cover over others.

To me, it seems very problematic and untrustworthy that many people act today.

When it comes to gays and lesbians, they should live in celibacy even if they have feelings that are different. There if a man is attracted to a man, or a woman by a woman, then they shall live in celibacy.

But when it comes to divorced Christians, it's such a shame for them.
Should they feel the urge to marry once, twice and several times, then they must be allowed to do so for the whole world.
But what does the scripture say?
The same bible that says that if a man or woman is drawn to one of his own sex. It is against the word of God and the will of God.
Then the same Bible says that if a believer is divorced, then he should live in celibacy or reconcile with his first spouse.
The only one who gives permission for remarriage - under any circumstances - it is dead!

10 To the husband I command by the Lord: A wife shall not leave her husband.

Furthermore, the scripture says the following:

Room. 7. 2 A woman who has a husband is bound to him, but if her husband dies, she is released from her husband's law.

Here the writing is as clear as possible.
It is not permissible to remarry as a believer.
If we do that, then we drive or live in adultery, constantly.

In the extreme consequence. Then this also leads us to perdition.
Scripture says:

1 Corinthians 6: 9-11: They shall not inherit the kingdom of God

10 Neither shall any thief, nor covetous man, nor a drunkard, nor a mocker, nor a blackmailer.

11 Such were some of you. But you were cleansed, sanctified, and justified in the name of the Lord Jesus by the Spirit of God.

James 3. 1 Brethren, not many should become teachers, for we know that they will receive more severe judgment.

The writing is very uniform and clear. Being remarried as a preacher violates God's standard.
We also find that in GT. Where priests could not do things that others could. The standard is higher for preachers and those who are to stand in the name and speech of God.

We read that the scriptures give a clear testimony of the priest in the old covenant how he should live, who was in the same relationship of responsibility before God and his fellow human beings as the preacher and overseer are in the new covenant. Leviticus 21:14: “A widow, or a divorced woman, or a dishonored woman, or a harlot, he must not marry. Only a virgin of his people shall he take to wife.
We read that God gives the same testimony and demands the same from the Priest during the coming 1000-year kingdom that will serve the people of Jerusalem in Israel, where law and justice will be based. Ezekiel 44:22: “They shall not take a widow or a woman from whom her husband has divorced, but only virgins of the house of Israel. But they can take a widow who is the widow of a priest.
When the Scriptures are so clear when it comes to the priest in the old covenant and during the 1000 year kingdom, then it is no less clear when it comes to the church's time management, we who live under the most glorious and greatest privilege of all; «One woman's man».

I must say that it is very strange that believers who believe in the Bible do not understand what God's word says about remarriage.
But when it comes to what God's word says about gay and lesbian relationships.
There are so many crystal clear.
I am amazed that so much "grace" is given to those who are divorced as believers / Christians.
While gay and lesbian relationships, one speaks openly and then "easily" up and down!

It is clear that all people must be treated with respect, as human beings.
But God's word speaks as clearly against remarriage for us believers as it speaks against gay and lesbian relationships!