No. 1756: Ann-Christin Düring Woll and Aina Lanton Torp are complicit in the disaster Jan Aage Torp!

No. 1756:
Ann-Christin Düring Woll and Aina Lanton Torp are complicit in the disaster Jan Aage Torp!

Picture of Jan Aage Torp and his then and right wife according to the word of God, Ann-Christin Düring Woll. 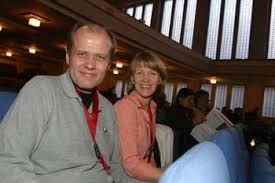 Picture of Jan Aage Torp's "mistress" by the word of God, when the scripture says that he is not entitled to have her when Torp has been married. 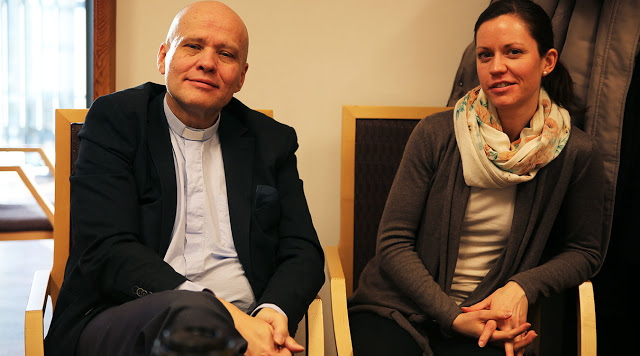 I have been a Christian for over 35 years now. But has never seen a so-called Christian leader been undressed, degraded and looked down upon by both Christian and worldly people.
At the same time he is not this, which says that here is a psychopath who lives in his own bubble.

But now - finally - he is revealed. This is just beginning, on the ladder down!
He is probably like the evil Haman, if he has been supported by the dark police at Manglerud, then there is no help as here is actually death aid already inserted.
Seeing Torp writes bullshit and thaws on his own blog, the problem is his own sin, not the sins of others!

Lamentation 3. 39 Why does a person complain about living? Any complaint about his own sin!
2 John. b. 11 for the one who welcomes him becomes accomplice to him in his evil deeds.

But what is the message of these two ladies who want to be believers? The scripture is very clear here. It is not to be mistaken, they should live as the Word of God teaches, and what does the scripture say?

When it comes to Aina Lanton Torp she can't live with Jan Aage Torp. For he is married already according to the word of God, she is a whore and is involved in Jan Aage Torp's sin.

Luke 16. 18 Whosoever shall put away his wife, and marry another woman, shall commit adultery;

Very clear, either live alone, something I would recommend. Or reconcile with Jan Aage Torp who must be very demanding as he does not live as a believer today.

This is what the script says about Ann-Christin Düring Woll:

1. Corinthians 6: 16 Or do you not know that he who abides by the harlot is one body with her?
For it is said, The two shall be one flesh. 17 But he that abideth with the Lord is one spirit with him. 18 Fly horror! Every sin that a human being can do is beyond the body; but he who commits adultery sins against his own body. 19 Or do you not know that your body is a temple of the Holy Spirit who dwells in you, and which you have from God, and that you do not belong to yourself? 20 for you are expensive bought. Honor God in your bodies.

In many ways, the Torp family lives totally against the word of God, and it is deeply tragic. No wonder Anders Torp appears to be confused and attacking his father. And Torp again comes with the strangest things. One day he defends him, the next day he attacks him. This is how it waves back and forth. But the problem is Jan Aage Torp who is remarried and adheres to a harlot and himself is a whore and adulterer after God's own word!
Lagt inn av Jan Kåre Christensen kl. 01:13