No. 1760: Narreapostel Jan Aage Torp tries again and again to mislead everyone into believing that I have called him one and the other, when I have only pointed out that he is living in adultery after the words of the scripture to be married as a believer!

No. 1760:
Narreapostel Jan Aage Torp tries again and again to mislead everyone into believing that I have called him one and the other, when I have only pointed out that he is living in adultery after the words of the scripture to be married as a believer!

Narreapostel Jan Aage Torp calls me "Anders Behring Breivik sympathizer, twin soul and follower".
Lower, simpler and more ugly it is not possible to call some people in Norway. At that level is Torp, and goes free the police and the judiciary when they hate me who persists and lives by the word of God, which the world has always done. 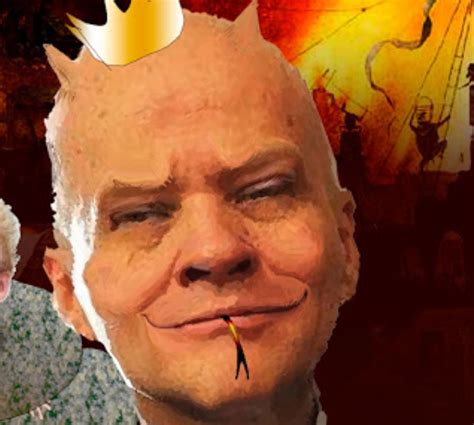 It is strange with a psychopath like Jan Aage Torp who never does anything wrong himself.
There is always everyone else, not him.
Whether Torp is a leper, a narcissist or a proper man does not matter to me.
It is that he is re-married - and only what has been and is my concern is to point out that Torp lives against the Bible's message.
That he is also a narcissist and spiritually leprosy in living in sin is a result of living in adultery and rebelling against God and his words.

This writes Torp:
The Illusion of Revival Christianity
https://kristenkoalisjon.no/kkn-taler/les1/sykeliggjoring-vekkelseskristendom

The least of all means is to (p) make his opponent sick. That is why the courts of modern Norwegian strike hard on such. When an Oslo blogger had called me "self-centered, nasty, rude, narcissistic, sick, tyrant, psychopath and leprosy" for many years, he was charged, judged and punished by four courts. Illusion is, in short, a criminal offense.
(quote end).

"If one wanted a" wish opponent ", then Jan Kåre Christensen is" perfect ".

Furthermore, Torp writes that I am filth, stalker, totally unintelligible, a nulled, "hat-blogger", idiot, demon, liens, lowly blogs, missions that lack the mind of Christ, ordinary judgment and social intelligence. The rumor JKC and true to say are his insights into English and Norwegian quite limited too!

I am beaten by which low level JKC acts on…. ”

“I want the police to charge and bring him to court. I have no scruples about having to zone. "

One should probably call it a variant of social pornography »+ Much, much more!

When Torp pulls this up again and again it is only for one thing that it should not come out that he lives in sin with his life.
Therefore, he attacks me again and again in areas that are completely immaterial.
Whether Torp is psychopath or not, it really has zero significance.
They call me the worst words it is possible to call someone for,
"Anders Behring Breivik sympathizer, twin soul and follower".

What I am trying to convey through spiritual truths is my only goal. It does not even mention Torp, even though he says of himself that he is an apostle. Only it testifies that he is a false apostle.

Joh. Obvious. 2. 2 I know of thy works, and of thy work, and of thy patience, and that thou canst not suffer the wicked; you have tried those who say they are apostles and are not, and you have found them to be liars;
Lagt inn av Jan Kåre Christensen kl. 23:17