No. 1255: Kåre Smith jr. and Brunstad Christian Center makes money on the edge of the Norwegian law, and what is ethically and morally right and proper !?

No. 1255:
Kåre Smith jr. and Brunstad Christian Center makes money on the edge of the Norwegian law, and what is ethically and morally right and proper !? 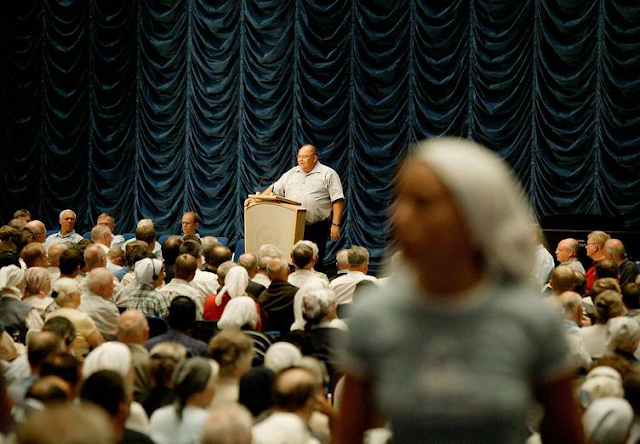 This coming forward in Dagens Næringsliv is old news for me as I have worked for several years with a brother in Smiths Friends, or as they call themselves now, Brunstad Christian Center.

For this my brother in Smith Friends said that the whole congregation was driven to enrich Kåre Smith jr.
They worked voluntarily, invested and otherwise lived to make Kåre Smith jr. rich and "sublime"!

There is nothing wrong with wealth, money and material wealth in itself. In many ways this is the blessing of God and the good. But the way we get this money, that's what it's absolutely essential.
Here it may look like Kåre Smith jr. exploit others, and that the supreme leader among Smith Friends, he has the right touch and the "right" authority.

I do not know well enough for this, but among others a close associate of the Netherlands arrived in prison through this business here. Therefore, at a form of shady business.

Also want to be careful when I for my part have both positive and negative experiences with Smith Friends, I have not really with all other Christians.

I was called the Antichrist by many Smiths Friends when I claimed that their teaching that Jesus had sin in the flesh is completely unbiblical. Jesus came from heaven and went out from God the Father's hand and was without sin from day one and that he has been ever since!

Buy and sell shares to fellow believers in their church has been profitable for Smiths Friends peaks Kåre J. Smith and Bernt Aksel Larsen. Last year, they earned 210 million.

DN wrote in March on how Kåre J. Smith, the spiritual leader of the Christian congregation Smith Friends and Bernt Aksel Larsen, Tax Auditor and former head of the church, has built up assets worth several hundred million kroner: A commercial building in Russia, one prefab provider Norway, a staffing company in Lithuania and a German online shop lamp.

When values ​​were realized, went payment to companies registered in tax havens.

In December wrote DN about the large sums pursuit Smiths Friends. The congregation will be collecting over four billion over the next few years.

Most of the money collected through donations and volunteer efforts of its members.

The numbers appear in the financial statements of the duo's Norwegian companies, each holding half of the shares of the investment company in Cyprus.

Smith and Larsen are two of the central figures in Smiths Friends, the Christian congregation known for persevering volunteer efforts and generous members who each year gives millions to the church. They would not comment on the accounts or transactions.

- Like most other investors, we do not like practice to comment on statements of our companies beyond what is stated in the Board's report, Larsen writes in an email to DN.

Smith has not answered DN inquiry.

DN told in March on how Smith and Larsen on several occasions bought and sold shares to companies controlled by people linked to their own church. A common feature of the transactions is that they have been going through companies registered in tax havens.

The shop lamp giant is one of the companies. The company, which today is Europe's largest lamp shop online, was originally started by two German brothers with ties to the environment in Smiths friends. The online store, abroad known as Lampenwelt, was a success with sales operations in ten countries and a turnover of 380 million.

Bernt Aksel Larsen began his career as an auditor at ØKOKRIM and Tax Administration. Photo: Private. In February last year the company was sold. But selling of shares lamp was not the two German entrepreneur brothers. Seller was now company smile Invest, registered in Cyprus and owned by Smith and Larsen. Brokerage IEG Investment Banking Group was hired as advisor in the sale.

Neither Larsen or Smith wanted to comment on when the two took over lamp shares from the German brothers in the church or what they paid for the shares. The two Norwegian church peaks have not wanted to tell what they earned on sales.

- The necessary information about the transaction will be apparent from the company's accounts for 2015 when it is clear, wrote Larsen in an email in February.

Now showing annual accounts that Smith and Larsen Cypriot investment company had a profit of 210 million.

Buyer of lamp shares of Smith and Larsen was a newly established company owned by two Germans, one with central position in Smith's friends parishes in Germany.

Staffing company is currently in the portfolio of the Norwegian Stokke Holding, controlled by two brothers from Østfold linked to Smith's Friends.
Northern Baltic has about 150 Lithuanians in employment in Norway, in addition to twenty people in Vilnius. The business idea is rent by craftsmen, mainly the assembly of prefabricated houses in Norway for IEC-Hus, a company also owned by Stokke Holding.

Chairman of Stokke Holding has refused to tell DN how much it paid for staffing firm or whom the company bought shares of.

Larsen confirms that he and Smith owned staffing firm through his company in Cyprus.

- Smile Invest were owners a short period, and sold the company for the same amount as it was purchased, Bernt Aksel Larsen previously written in an email to DN.

Oslo: The Dutch former Smiths Friends-top (34), which in March was arrested on suspicion of embezzlement, fraud and laundering of eight million euro, is still in custody in the Netherlands.

34-year-old admitted under a remand last week to have tapped a Dutch foundation - driven by key people in the church - for around 75 million, according to the newspaper NRC Handelsblad.

In March told DN the unknown story of how a group of leaders in Smith's Friends, led by the Norwegian Bernt Aksel Larsen, bought a disused factory in St. Petersburg right after the Soviet collapse. The factory was rebuilt and refurbished to a modern office building of members of the church voluntarily.

In 2007, business building sold to a Finnish company for around 70 million. The reward went to a company in Cyprus that several transactions had assumed ownership of the property. Owner of the Cyprus company was a holding company in Switzerland - which was transferred to the Dutch foundation Hippo Mundo (HMC) where it is now revealed embezzlement.

According to Bernt Aksel Larsen is probably money from investment in Russia is gone.

- As far as I know there is this capital (or at least significant portions of it) that has been subject to the offenses Dutchman is reviewed for. This must still be responsible for my own expense, I can not confirm it further since I do not have any role in HMC or Kolme wrote Bernt Aksel Larsen in an email to DN in March.

Dutchman's boyfriend, who also was arrested and jailed in March, was released last week. The trial of 34-year-old starting in August.

Oslo: Smiths Friends closes its Cyprus-registered interbank. In recent years it has been inducted dozens million through BCC Financial. Internal Bank has acted as a "cash pool" for local churches worldwide: Parishes in Smiths Friends with excess capital could put money in the internal bank, while others who needed cash could borrow there. Cyprus ended up money in the same bin as transfers from commercial companies in Smiths Friends system. Several companies DN has investigated have in their accounts book receivables to BCC Financial.

- BCC Financial will be liquidated because local congregations in BCC past two years have pulled their funds from the company. A large number of churches did this already in autumn 2014. By the summer of 2015 had all the Norwegian churches and a good number of European churches pulled out their funds, including accrued interest. As a result of this development the last two years it was obvious that there was no need for cash pooling in BCC Finance longer writes Tielman Slabbert, head of BCC Financial and a local Smith Friends Church in South Africa, in an email to DN.

A 34-year-old Dutchman, who is charged and remanded for fraud of 75 million (see separate article), had a central role in BCC Financial. He walked out of the office when the investigation against him began.

BCC Financial was established in Cyprus by the Foundation Brunstad Conference in 2005. Who owns inter bank today is not publicly known. The ownership is moved to the Foundation GHF Charitable Foundation, which is managed by a trust in Bermuda. Inter bank has not published public accounting the ten years it has existed.