No. 1252: What I and the Heavenly blog are exposed to is none other than Christianity persecution, with dirty funds from wicked and evil man!

No. 1252:
What I and the Heavenly blog are exposed to is none other than Christianity persecution, with dirty funds from wicked and evil man!

Image of an Allied aircraft that bombed Germany. Why did they do it?
Because Germany and the Nazis first attack. Then, as a self-defense as they attacked back.
So it is with me. I and my family have been attacked at the worst conceivable that Nazis attack. When not with coal and weapons, but verbally.

What we've got against us, me and my family a thousand times worse patron than I have defended back with. Yet, what do we see?
A lie propaganda against me and the Heavenly blog that I think I have never experienced anywhere or place before ?!

No, but the language used must be good and it must be a point of criticism. I have, but not my opponents. Hence the enormous hatred against me and the Heavenly blog then we convey truth. While the enemy here with Torp and all who support him, just full of lies, deception and darkness. 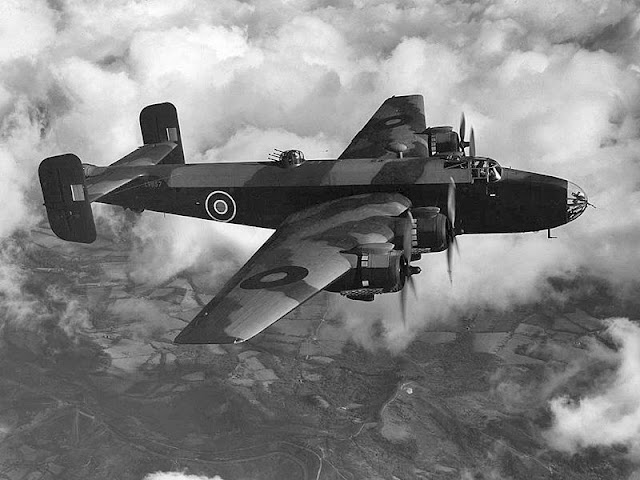 Notice what we as believers can expect, but it is something that is extremely important. It is Jesus' intercession for us believers - and that we as believers pray for and with one another. These are two sides of the same coin. When I and the Heavenly blog has emerged as one of the premier to point out what God's word says about marriage - and are faced with persecution. As is expected, then must believers do one thing; Pray!

Prayer for me and the Heavenly blog is the key to victory here!

The whole word of God is full of examples where the apostle Paul and other men of God and women wanted prayer to be standing after having overcome everything. Here are some examples:

Efes. 6. 18 Being then at any time praying in the Spirit with all prayer and supplication, and watching thereunto with all perseverance and supplication for all saints; 19 And for me, that it be given unto me in opening of my mouth, I boldly announce mystery of the gospel, 20 for which I am an ambassador in chains, that I may speak boldly, as I ought to speak.

Kol. 1. 9 Therefore we also, since the day we heard it, do not cease to pray for you and asking God to fill you with the knowledge of his will in all wisdom and spiritual understanding,

File. 1. 19 For I know that this shall turn to my salvation through your prayer and Spirit of Jesus Christ,

The whole word of God speaks of intercession for the saints, it is exactly what I and the Heavenly blog needs above anything else, especially now, dear friends!

We believe in victory in the name of Jesus in all areas, but everything happens in God's time and in God's way. Jesus' name is above all, and he has power over everything in heaven and on earth.

Matt. 28. 18 And Jesus came and spake unto them, saying, is given to me all authority in heaven and on earth;

File. 2. 9 Therefore God has highly exalted him and given him a name which is above every name, 10 so that in the name of Jesus every knee shall bow, of things in heaven and on earth and under the earth, 11 and every tongue confess that Jesus Christ is Lord, to God's glory.

Finally, all bow down, if it is Torp, Polti or whoever it is! God will prevail, and no people can stand above God and His Word!

This makes it all so exciting and large, in God's time and in God's way will it and those who stand on God's word always experience the good. For there is always the good that will ultimately prevail, not hate, lies, Satan or anyone else.

Nobody gets go beyond what God permits, all we must ultimately align ourselves him.

Although Nebuchadnezzar had to acknowledge that God is one that can not be "pill" on the nose. So too will it be in this case and all other cases, God has the full and complete control. He has an opinion and steer else with everything!

In many ways, in January to compare this fight here between me and mock apostle Torp as a battle between the Allies and Nazi Germany. Of course not so violent, thankfully. But here everything what I have written and spoken, only this being considered. But what Torp and his "Nazi" people are doing, it will be totally ignored. Why? There is of course a lying spirit behind, nothing else.
See for yourself in retrospect, when the Allies bombed Germany. Why do the vast majority of this was allright? It was because Germany had first attacked, and now they were fighting back. So it is here too, Torp took liberties that no pastors and apostles. Now he fought back and plays out his false game. But fortunately, he is revealed, and everyone knows for whoever wants to know. That it is only a fool last and mockery apostle engaged in their game. He has destroyed his own family and many other people, even if they are quite sick.

But his game is revealed to everyone, to win for the Lord and those who belong to him!

I've written so much about this before, bring to end this article:

No. 952:
Freedom of speech is that it should be entitled to violate other people and then defended for it!

Was going to stop writing about the upcoming trial between me and Oslo police on Manglerud. But after reading the feature article in VG today about freedom of speech posted further down. I will write a few words!

Photo by Jan Aage Torp (insert Black Per Torp who has a part in common with da Torp should have 1,000, - kr for each image of himself) who has thrown out that his son is a lackey for his main opponent and I think that corporal punishment belong in a total picture of giving children the upbringing they need say the same Torp.

He taught that gays are a cancer in society. Which also must and will be removed. I am a demon and desire lies. If someone gets provoked by his Statements, as it Torps extreme views to be defended. There is freedom of religion and freedom of speech so it should work! Although I and probably most deeply disagree here!

Editorial freedom of expression without "but"
This is particularly true among liberals, the left side, and human rights activists. They do not support censorship, but they do not like that expression can cause offenses - or that minorities are violated.
The problem is that such an attitude can be as great a threat to free speech as full censorship. The freedom to offend is not just an addition to free speech. It's very core. Not only undermines' but argument is "the universal right to free expression, it compromises the fight against prejudice and injustice.
Threat to freedom of expression is often associated with government censors, with imprisonment of journalists, or violent reactions. Such as the attack on satire magazine Charlie Hebdo, or the murder of Ananta Bijoy Dash - the third atheist and blogger who is hacked to death in Bangladesh this year.
But there is a more insidious threat. Whoever comes from a culture that accepts that it is morally wrong to insult or offend.
It is a culture that has been developing in Europe in the last twenty years. In the name of "respect" and "tolerance", many liberals come to accept - even require - restrictions on indecent speech. This is a form of censorship that is less conspicuous one censorship in dictatorships and theocracies in, but "not infringe culture" is just as dangerous.
We live in pluralistic societies, with a diversity of, and often sharply conflicting perceptions. Many would argue that it requires us utters us accountable, both to reduce friction and to protect the dignity of people with different background.
Must challenge prejudices
In fact the contrary, it is precisely because we live in a multicultural society that we need full freedom of expression. In a pluralistic society, it is violating other both inevitable and necessary. Inevitably, because where different beliefs meet, there will be conflict. Necessary because conflicts have on the table and discussed, not suppressed in the name of "respect" and "tolerance".
Accepting that some things can not be said, is to accept that certain forms of power can not be challenged.
Freedom of speech is helping to create the conditions for open debate, it is necessary to challenge repugnant views. I defend freedom of speech, because I want to challenge prejudice.
All attempts restrictions on freedom of speech will meet impossible problems. The most obvious, who will decide what is acceptable.
Always offensive to someone
A few years ago, shortly after the publication of Mohammad cartoons in Denmark, came Iqbal Sacranie of Muslim Council of Britain with derogatory comments about homosexuality on BBC. He saw it as an expression of Islam's view on homosexuality. Many felt deeply humiliated.
Police launched an investigation of his alleged "hate speech", 22 Muslim leaders reacted by writing a letter in which they claimed the right to "freely express their views." Those same leaders protested vigorously against the publication of Mohammed cartoons in Jyllands-Posten.
In 2009, banned the British authorities the right-wing populist politician Geert Wilders entry into the United Kingdom, because of his unpalatable views. The decision did Wilders a martyr for free speech. Although he will ban the Koran, because it contains "hate speech." Muslims protest against this, but many of them want to ban The Satanic Verses.
In a pluralistic society, much of what we say, be offensive to others. Almost by definition. If we reject the right to offend, we reject effectively the right to free expression. We also reject religion. For without the right to insult, it can not have freedom of religion. It is implicit.
Who benefits from censorship? It is not those who are oppressed, but those who have power to engage in censorship.

Many liberals would argue that offensive speech "kicking down" and is an expression of racism.
It may - sometimes. But there are those who argue this miss, include the hundreds and thousands of Muslim communities in the West - and in the Muslim world - that challenges religious reactionary ideas and institutions; writers, cartoonists, political activists, who daily put their lives at stake in the face of blasphemy laws, standing up for equal rights, and fighting for democratic freedoms.
There are those we betray if we do not stand up for the right to offend.
Kenan Malik (end of quote)!
Final Comment:
When I was growing up so I kicked football (until I was forty years). But growing up in Karmøy so we always had a close match. It was against a team that named Pol in Stavanger! They won we like rhyme always around 10-0 against. A year as we won I think 11 - 1. When they scored the one goal they were raving. So I am confident it will go in court. I and Meling will win with revel digits of police and Torp!
But it says in a mountaineering rule, no disgrace! More and more this matter will be known, as will police and Jan Aage Torp be put more and more in a so bad light. So they will not withdraw the case, then I am confident they will stand by, yes, Black Per!
Related Links:
http://the-heavenly-blog.janchristensen.net/2015/05/no-946-looking-forward-to-trial-between.html
http://the-heavenly-blog.janchristensen.net/2015/05/no-951-shall-meet-apostle-jan-aage-torp.html
Lagt inn av Jan Kåre Christensen kl. 12:46