No. 1236: Today's Pentecostal / charismatic Christianity type appears more to be part of Babylon the great whore than the bride to be to the new Jerusalem!

No. 1236:
Today's Pentecostal / charismatic Christianity type appears more to be part of Babylon the great whore than the bride to be to the new Jerusalem!

I have had a primary focus on remarriage among ministers and others with a leading position and standing among the believers. I should have been praised and been allowed to come to preach about everything. But what happens? Unfortunately nest just the opposite, why? All Christendom are "lulled" into a Sleeping Beauty sleep where they sleep so well. But the word of God clearly states that those who are adulterers - to remarry after a divorce - not inherit the kingdom of God!

Unfortunately, I could only manage to take care of my own life, you have to open yourself up for word my friend, and you will experience that it is true, we sing a song. This applies today as it existed before, the Bible's message has not changed!
Image of Sleeping Beauty which unfortunately is the sleep affected the Protestant Christianity! 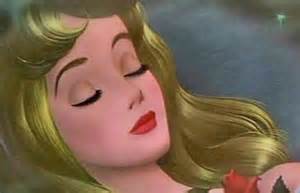 But what do we see today? Not least within its current Pentecostal / charismatic churches? It is an infidelity that's gone completely crazy for, here is now almost everything is permitted. But when is a nor a bride of Christ, as God has demanded of the bride fidelity and abstinence, until the day the bride and groom will meet and unite!

I've tried to focus on remarriage among ministers as part of this infidelity. There are and many other things and probably "worse" and "better" thing? But a space must begin, and the one thing needs a focus, to bring out the unfaithfulness of God's people!

It is as Jesus experienced it, that for far too many so is either too radical or too liberal. Either 'hard' or 'soft'. It may well be? But I have tried and succeeded, taking up part of the unbiblical and carnal matters within its Christianity.

Luke 7 31 What shall I compare the people of this generation with? Who they resemble? 32 They are like children sitting in the marketplace and calling to one another:
'We played the flute for you,
but you did not dance.
We sang a dirge,
but you would not cry. '
33 For John the Baptist came, he did not eat bread and drinking no wine, and you say, 'He has a demon in him.' 34 The Son of man is come eating and drinking, and you say, 'Behold, a glutton and a drunkard, a friend of tax collectors and sinners! '35 But wisdom is proved right, it confirms all her children. "

Yes, no matter what Jesus did. For the large crowd they were not satisfied. Therefore, it is about to do to not be put out by those who just complain or criticize. But not to be "lifted" up and lose ground contact when even your enemies make peace with you!

Today's Pentecostal / charismatic Christians realize more and more that something is wrong, but what?

This printer Korsets victory and I put this out:
Something is wrong in the Pentecostal Norway write those, but the answers they come with really makes matters worse. But here's a comment which was very rich and good:

The challenge here is that at the moment there are things in leadership one wants to take up so it could of course not be implicated leaders themselves should consider whether this should be treated or not?

In my experience it causes all further treatment is stopped up and you're told that this does not fit.

eg .:
I got a few years ago an sms from my pastor that I was not wanted at prayer meetings in the church. Another member of the congregation had requested permission not to see me when she was in a completely different setting had heard me say something she did not like. I was told that if I wanted to go to prayer meetings I had to first clarify what this woman if she were there. I took this up with the leading elders of the church and asked for help to understand how it was possible to claim that I came. The answer was that this was between me and pastors so he refused to get involved.

In all too many context, it is virtually impossible to come forward with this kind of events and get them talking about when there is no room for it. We are several who feel that we have raised us up at church meetings so and being nektete to say anything "when it is not appropriate in this setting" as leaders often say. But where?

No, pastors and leaders have to realize that the head chair we see in many churches do not allow for the critical conversation. They are simply not interested in hearing it.

It is commendable that someone takes the word for better handling of conflicts or disagreements in the various churches and congregations, but it's striking how clearly have been taken entirely on the bed here. It came unexpectedly, and you've handled it ac hoc, with mostly denial and disbelief, that with all those who bring this to the table absolutely want to avoid should fight.

I think you should get a grasp on, the possibility of addressing misconduct in Whit Sunday and charismatic churches have been very small. It's a skewed power relations, and I understand well you do not like to sit alone in front of pastor and half of elders to cross the try these for leadership and spiritual antics. There are new pressures and overrun with "reconciliation" in the church's favor.
So when one goes first set, but lives on with his frustration. Man discovers further that very few, if any at all records that are gone. There is simply very little interest to get people back. And you meet eventually many who have experienced the same.

I simply can not cough up especially much sympathy for leaders who must answer for themselves here, anonymously or not. Jesus Revolution has at least many named individuals who have performed criticism to deal with. Not to talk about the Living Word, Word of Truth, Sentermenigheten etc. There are many who have come forward both in letters to the editor and interviews.

Should any changes must first have to be open to feedback. So you have to adjust the balance of power in reconciliation efforts. Then you must put aside conspiracy theories about people giving feedback has a hidden agenda or go devil's errand. And so will you see if you think it is important or not about people disappear from the church premises disillusioned spiritual wreck.

So get those who already have good practices in this excuse me. These should actively "teach" their colleagues. If there is interest then, I allow myself to doubt.
(End of quote).

Where are today's Pentecostal / charismatic Christians?

In our struggle to bring forth judgment unto victory, I have experienced that one of my main focus has been and will be for some time remarriage among ministers and leaders. Now I do not mean that this is a pity there is no forgiveness and those who get divorced are worse than others. Many times it is the "best" being divorced. Yet, God's word speaks very clear that marriage lasts a lifetime, to the other door. The only thing that can give the right and opportunity for remarriage is that one spouse lapse.

1 Cor. 7. 10 To the married I have this injunction, not from myself but from the Lord: A wife must not separate from her husband. 11 But if she still stands, let her remain unmarried or be reconciled to her husband. And a husband must not divorce his wife.

I think there are many, many other sins one remarriage. But one place we have to start to set the standard, and keeping the word of God. When the preachers and supply is re-married, they should and must come down from the pulpit and hold an office.

Now when himself Enevald fleet have been separated by inter alia infidelity and another who will be involved. Although this will probably not get today's Pentecostal and charismatic Christians to wake up ?! Where will it all end? I do not really know what's going on, everything is currently allowed? There is nothing that hinder.

It is certain, however, it is not only the Roman Catholic Church is the great whore. It is not least today's Pentecostal / charismatic Christians who allow themselves just about anything! There are no obstacles for any longer!

It is certain that if the Catholic Church is the great whore, then today's Pentecostal / charismatic Christians the biggest and worst harlot daughters become!