No. 1264: God brings both spiritual and physical death of those who obviously ignoring his commands and will, also in the New Covenant!

No. 1264:
God brings both spiritual and physical death of those who obviously ignoring his commands and will, also in the New Covenant!

Image of sorcerer Jan Hanvold, I would not for all the world's money had such a man to ask for me. Had I not been sick before, I had certainly been there then?
For here is the evil spirits that come to and will move around you. You will never be cured, but the disease just moves around. Hanvold himself says that he was disobedient, but lost only one kidney. What next then if it is so that he becomes more and more ill as he is disobedient? Such people, a turning away from it, and not have nothing to do with scripture says. 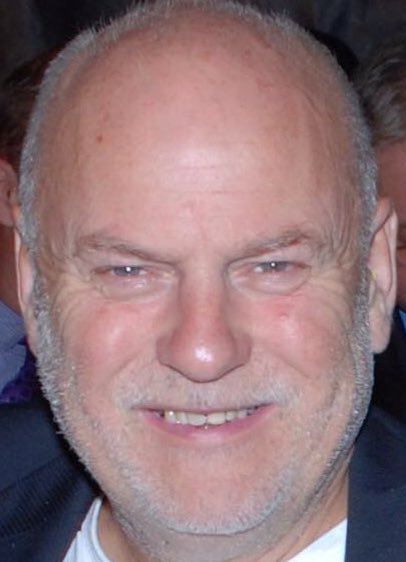 I have written on several occasions that a life of sin, or to go with the living God's word. It gives a spiritual death, which is the worst.
But sometimes God allows also a physical death occurs. For that we humans will learn to fear!

We are all those which wish to have God's blessing. But do not go his way, that's why God should treat us so harshly. Otherwise we will get his grace, goodness and blessings for granted. We are like spoiled children who think we can live as we want, but at the same time invoke us having to do with God! We are for the "heating of houses" or "familial" with the holy God, and that is totally unhealthy!

God reveals that not full for us humans, but only in fragments.

Had he either obvious blessing or judgment, full out! So it had been out with us all as one! We then get it all in "portions"! But I am convinced that there are people who have either dead, or dead prematurely due disobedience and disbelief.

Word. 3. 1. My son! Do not forget my teaching, and let your heart keep my commandments! 2 For long life and many years of life and peace they will give you richly.

We fear the Lord and walk in His way waiting a long and good life.

Word. 10 27 fear of the Lord prolongs life, but the years of the wicked will be shortened.

It's right out in Scripture, that the wicked and sinful life and years shortened, they die prematurely! This also happened with Salamo and King David, who fell into sin. They lived only to those 70 years old when God himself has said that we who live with he can expect 80 years +++++

Psalm 90 10 Our life-time are threescore years and, when there is much strength, eighty years, and its glory is labor and sorrow; hasty had we run forward, and we fly away.

Anyone who enters the Vision Norway and other places where people lead lives in open sin. They expose themselves and others to come under God's judgment with his life, his ministry and family. But fortunately, God does not perform his ruling immediately, as a rule he gives us the opportunity to both think, consider and repent before His judgment comes. But his judgment or salvation comes, sooner or later!

If we go to Acts, it was not only the salvation of souls, signs and wonders. The spring as much that God revealed himself, and for those who stood against God. So it was them either to possible deliverance or judgment. I could have taken more examples from the book of Acts, but I take only three so this article will not be too long and extensive.

1) God revealed himself to Saul, and he was blind.

2.) God revealed himself to Herod, he was sent by the Lord and died.

3.) God revealed himself to Ananias and Sapphira, and they died.

Now I can also mention many other places where God revealed himself, but then to salvation, healing and deliverance. That we will come back to, then topic here is that God holds judgment, and then must all flesh be silent and we must all humble, repent or so yesterday we lost. Where both spiritual and physical death can occur.

1) Acts 9. 8 Saul arose when up from the earth; but when he opened his eyes, he saw nothing; they led him by the hand and brought him into Damascus.

Saul who later became Paul, was sent immediately with blindness, he needed assistance to walk. He could not see, but God healed him both spiritually and physically. Was healed, but the judgment of God was hanging over his life. But fortunately, he repented and improved their deeds.

2.) Acts 12th and collection. But she assured that it was thus. Then they said, It is his angel. 16 But Peter continued knocking, they closed it up and saw him, they were astonished. 17 He motioned to them with his hand to be silent, he told them how the Lord had brought him out of prison, and said: Tell James and the brothers! Then he left and went to another place. 18 And when it was day, there was no small stir among the soldiers; they marveled, what was become of Peter. 19 Herod pretended to look after him, but found him not; he took it examined the guards and ordered that they be led away and he went down from Judea to Caesarea and abode there. 20 He was very angry at the Tyrians and Sidonians; but they ened to come before him, and after they had gained Blastus the king's chamberlain, on their side, they asked for peace, because their country was nourished from the king. 21 On an appointed day overlaid Herod himself in royal apparel, and sat on his throne and delivered a speech to them, 22 and the people shouted to him: This is the voice of God, and not of a man. 23 Immediately sent the angel to him, because he did not give God the glory, and he was eaten by worms and expired. 24 But word of God increased and spreading himself.

Herod experienced God's judgment, he did not repent, but would promote themselves. This was his path - God struck him and he died physically.

3.) Acts 5. 1. But a man named Ananias, with Sapphira his wife, sold a possession, 2 and kept back part of the price, his wife also knowing, and brought a certain part and laid it at the apostles' feet. 3 But Peter said, Ananias why has Satan filled your heart to lie to the Holy Spirit, and put part of the price of the field? 4 Were it not for as long as you had it, was it not in your power after it was sold? Why hast thou conceived this thing in thine heart? You have not lied to men but to God. 5 And Ananias hearing these words fell down, and expired. And great fear came upon all who heard it; 6 And the young men arose, wound him up, and carried him out and buried him. 7 And it was about three hours; when his wife, not knowing what had happened. 8 And Peter answered and said unto her, Tell me it sold the land for so much? She said, Yes, for so much. 9 Then Peter said to her: Why is it that ye have agreed together to tempt the Spirit of Jehovah? Behold, their feet that have buried your husband are at the door, and they will carry you out. 10 And immediately she fell at his feet, and expired, and the young men came in they found her dead; and they carried her out and buried her by her husband. 11 And great fear came upon all the church and upon all who heard these things.
Tougher than this is it not possible to treat someone? They misappropriated any money that was their with they would have little human honor and reputation.
They were both beaten by the Lord, and died physically. How happens today too, but it does not happen. So it is because the Lord God will keep his judgment and blessing back so that we can feel, find him and partake of his salvation

The gospel has two sides, which can easily be confused. For whoever does not receive the message. Who refuse will not or simply do not want to believe. Is the gospel "savor of death unto death." But for those who believe, accept and live by the message, it is "to the other the savor of life unto life"!

We see this with the pillar of cloud that followed Israel seemed it in two ways.

Imagine, such a big difference. Yes, that is true today. For God's children are gjengiftede preachers disgusting, the world goes without saying that they are defending. How could I have continued, but the gospel is not only unite, it separates. Gospel not only grace, but it leads judgment with him.
Jesus is not just "good" and "nice". He has eyes like flaming fire and he shall execute judgment scripture says.

Jesus himself says about himself in Revelation 3. 19 As many as I love, rebuke and chasten I; Therefore be zealous and repent thee

In other words, there are two aspects of the Gospel and of Jesus that belong together. We can not separate this, we make it destroys and distorts we whole message. And standing back with a cheap substitute that creates a lukewarm Christianity that we see today where most are permitted. Too bad what is that? We get grace whatever we do is the slogan today. But it is not true, God holds judgment, and judgment is already begun. Beware, so you do not stand in line. Do what Joab, when you are uncertain whether the judgment should befall you, run to the cross for, and ask for mercy and forgiveness.

1 Kgs. 2. 28 When Joab heard about this, he fled to the Lord's tent and grabbed hold of the horns of the altar; Joab had turned after Adonijah, though he had not supported Absalom.

"Blessed horn" in GT is the same as the foot of the cross or to grace the throne in NT.
Where is the mercy, help and salvation to get, nowhere else dear friends!

Now I'm on my way to Heaven countries.
Saved I am, Jesus has gripped my hand.
Devil's power is broken, bondage time is over.
I have become rich, I'm saved by a glance at the bleeding Lamb.

The time is approaching, He shall come again.
Say, are you ready, my friend, is your sin blotted out by His blood?
The judgment he bore on Himself the punishment he took for you.
You can get rich, indeed be saved by a glance at the bleeding Lamb.

Peace in my heart now, grief and shame to go.
I've got peace in my mind while the world rages around me.
Rumors of war in the east, but Jesus has been my comfort.
I have become rich, I'm saved by a glance at the bleeding Lamb.