No. 1257: Testimony from a former Smiths friendship that got out of there!

No. 1257:
Testimony from a former Smiths friendship that got out of there!

In many ways, so is Smith's friends and Pentecostalism two sects of the same movement.
Where both have the wrong conception of Jesus, especially Smith's friends who believe that Jesus was born as an ordinary human being (like "Adam after the Fall") and had a will that was the will of God against all men.

Pentecostals believe today that Jesus was both God and man, he was not the only true God, but he released from the only true God and therefore so will Jesus sometimes the term God. But God, what is it? There is no separate name, but here's what Wikipedia says about God:
God or deity is a term used to refer to a supernatural power or spiritual being who has great power over the world, and who often are both omnipotent, omniscient and omnipresent. We distinguish between a god with a capital letter, which may be one of several gods, and God with a capital letter which is then considered as the only god.
(End of quote).

Jesus was always written with little G in the original text as angels was, why? Because one always wrote all letters without caps, this to make Jesus the only true God is to distort the word of God.

At that Jesus always chose God's will rather than his own, he was part of the divine nature ( "achieved all the fullness of Christ").
That he rose again from the dead is proof that he never sinned. To follow Jesus in this development is an important part of Smith friends learn.
Pentecostals believe in with Barratt also much heresy.
Around 1910 Smiths friends a nascent partnership with Barratt in the Pentecostal movement, but they disagreed with him in part of preaching, especially around this by saying that "the body of sin is taken away by baptism of the Spirit."
This is a classic heresy which is a branch of the so-called sin freedom doctrine!
In many ways, as was Smith Friends more biblical than Barratt in this respect.

But at the same time, Jesus had never struggle with his flesh as Smith friends argue, Jesus loved to do God's will. It was he allowed, desire, joy and life. How can a person who loves something do the opposite? Jesus was of course not the only true God, yet without sin was him.
Photo of the founder of Smith's friends Johan Oscar Smith as revealed, inter alia, Barratt as an extreme preach in many respects, but even were wrong about Jesus. 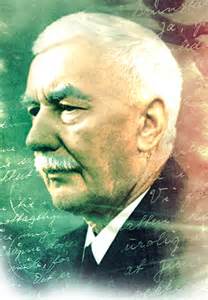 You ask how I got free from the movement Smiths Friends.

I grew up in the movement and had come to believe in the service I heard that. However, there was sometimes thing in the preaching I was not completely aligned with. For example. there was a tendency that one (Sigurd Bratlie process.) nearest the canonical Johan O. Smith's writings. I personally believe that the Holy Scriptures are the cannon, we should stick to, and that all preaching and teaching in the congregations must be compared to Scripture - nothing else should be canonized. Furthermore, there was a tendency to class division with consequent respecter of persons whom I did not like, and some other things.

Throughout 80'årene was Sigurd Bratlie late. leader in the movement. He was old and weak - his faculties weakened also increasing and there may come a generation.

Around 1990-91-92 it became apparent that it was magtpåiggende that leadership would remain in the Smith family, and Kåre Johan thus became the leader. This was cemented with something that would serve as "revival" but it was pretty obvious to me that it was not a true revival, but a suggereret, spiritual very violent opgejling.

There were some strange phenomena - eg. sauna prayer meetings. More friends installed sauna in their home, and there were so entertained sauna prayer meetings in - more or less - adams costume. This seemed to me totally absurd and totally out of step with healthy kistendom. The unhealthy phenomena were mind you promoted by the leaders of the movement. In a short space of time through 1990 years drejedes focus of the movement against money collection. Certain actions in this regard were frankly quite grotesque - I will not elaborate further.

Parallel to this, I came even for Christians with a totally different healthy vision and common understanding. In the beginning it was difficult to accept what I heard, but I've almost had the experience of God so to speak, have taken leading grip on me and offered me to be quiet and listen. It has been painful but glorious and beautiful and I am now grateful to God for his mercy and care has led me out of the seduction.