No. 1754:
Should we take a bluff maker like Jan Aage Torp seriously, or should we just let him keep on? After all, the man is nothing but a man seeking attention!

2 Tim. 3. 13 But wicked men and those who quarrel on the people go to the worse; they lead wild and dangerous dangers.

There are "Toad-Spirits" that work in Jan Aage Torp, where his spiritual "poison" will kill your spiritual life. It is a powerful delusion and seduction he stands for.
He has obviously a rage and hatred against me and the heavenly blog because we have argued Jesus' command that remarriage is not allowed for a pastor and one who believes in the word of God in the new covenant. 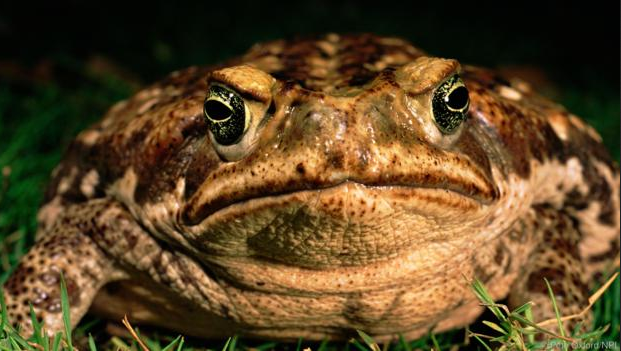 I have been criticized for really everything I have done and not done! Therefore, it is impossible to relate to criticism, when the resistance against me and the heavenly blog is so hateful, evil and demonic.

Eg. when you do not see that Torodd Fuglesteg, Ansgar Braut (the man with the psynonym name) and narreapostel Jan Aage Torp have the same aging.
With all the "legal" and illegal means get me stopped to inter alia. be able to preach the word of God in full, not least Jesus' command that the Christian marriage that the scripture says lasts for a lifetime. The pact itself - the marriage pact - is only dead. Physical death that allows one to remarry as a believer.
Something that Jan Aage Torp both hates and does not practice.
When Torodd Fuglesteg, Levi Fragell and others talk hotly about Torp's new wife. Then it just shows that they are all really filled up with the Spirit of the world, and are driven by forces other than the Spirit of God and the word of God.

We must be clear that all the people of the world hate my preaching deeply. While Torp's life and remnant, and what he stands for, is nothing but the customs of the world. This is the world, darkness and Satan!

There are also others who criticize Jan Aage Torp, on a somewhat different basis than me. I really criticize Torp only for his remarriage, showing his spiritual standpoint. That he stands for the world, darkness and Satan, not for Christ, the light and the kingdom of God!

It is a rage with hat-pastor Jan Aage Torp against the Lord, the word of God and me!

First, he wanted me 2 years in prison and that I should pay him money to have revealed his sin and whore.
The same thing he now writes about me here:
"The truth is rather that the blog would sooner or later have to be shut down because it produced more of the same" harassment, persecution and lies "which he has already been duly convicted of," writes Pastor Torp and continues: "His hate writings continue anyway as before on his "Heavenly Blog". We follow from week to week. We waited for 2 1/2 years from May 2011 until we in September 2014 notified him to the Police. We are still patient. Our lawyer patiently follows his thefts and abuse of photographs of Aina & me.
Since the unanimous verdict fell in January 2016, another 2 1/2 years have passed.
There is statutory authority to impose fines on him. We will probably promote this instrument in the near future. There is good case law here. 12,000 kroner that a one-time fine hardly owes so much. But 1,200 kroner a day for 1000 days is perhaps something worse?
(quote end).

Jan Aage Torp's hatred and desire to punish and hit me are no limits.

It is completely, completely beyond, after I have pointed out that he is not allowed to live with a new lady like Pastor after he was divorced.
Hate that Torp has to the commandments of Jesus and the word of God is of course evil and demonic. The man claims to harass him and his new wife, whom I never mention in my writings. Only on a rare occasion that people should understand a context. But I never write about Torp's real wife or his mistress, this is just something that occurs in Torp's own lying head and heart.

That between me and Jan Aage Torp is really a battle between evil and good.
Between God and Satan as said, Torp appears as an angel of Light, but is of darkness and belongs to darkness.

2 Cor. 11. 13 For these are false apostles, deceitful workers, who transform themselves into apostles of Christ. 14 And there is nothing underneath; for Satan himself transforms himself into an angel of light; 15 Therefore there is nothing great about, and his servants turn to the servants of righteousness; but their end shall be after their works.

This description is about the false apostles of the Apostle Paul's time, and today.

The Spirit is the same, also the Satanic and God's Spirit.
Therefore, it is only and only the story that repeats itself.
Jan Aage Torp has been revealed in all areas of life, as it is possible to stay.
He is soon the only one who is not aware of it, but the hatred in his heart makes him spiritually blind as the Pharisees and scribes were at Jesus' time!

Here is a true word about the narreapostel and hate pastor.

"Evil people and those who sharpen their eyes on people go to worse; they lead wild and dangerous dangers.
Lagt inn av Jan Kåre Christensen kl. 04:24