Nr. 407: Believing Jews sees us Christians heretics because Trinity and rightly so!

Believing Jews sees us Christians heretics because Trinity and rightly so!

Jesus himself was a Jew, and believed in one God the Father and never claimed that he was God or the only true God. The majority of Christians claim otherwise has opened up for heresy and schism in the church of God as the The Athanasian Creed teaches the following: "He who does not sincerely and firmly believe, can not be saved." Belief in the triadeGud which is completely unbiblical and there is not a reason to believe in either the Old or New Testament. Jesus Acquaintances anything other than Jews themselves believed and taught with respect to one God. Here Sa Jesus Belief in God in John. AD 17 3a: "3 And this is life eternal, that they might know thee the only true God." We Smyrna Oslo learns that Jews and early Christians did so, we are a Apostolic church! Illustration picture shows me who is the church's founder, together with my wife Berit. Support us to work and pray for us, that we need in this time dear friend 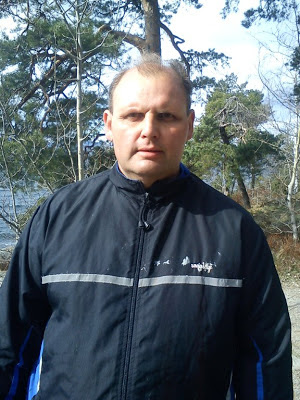 Here are some excerpts from what Jews believe and that is biblical and basic in opposition to too much Hvam ange Christian teaching:

A God who by His law - Torah - have given us a clue to how He wants us to serve Him and work for the cause of goodness in our lives. One God, one must believe that his lover, Jewish practices, shall be binding on us. People who believe in a triune God is not regarded as Jews (in other words, that Jesus believed in the Holy Trinity, where he was a 2 person in the Godhead he could not have been our Jew). The Kros stated that he was king of the Jews.

Shema: Shema Jisrael is the Hebrew creed. The name comes from the first words of core verse, which is from 5 Genesis 6:4, which reads, "Shema Jisrael, Adonaj Eloiheino, Adonaj Echad." In Norwegian, it is usually translated to: "Hear O Israel! The Lord is our God! Lord is one! "(Which Jesus also acquaintances).

Shema, the central Jewish prayer, often called the Jewish creed. It is composed of three Biblical passages (5 Genesis 6; 4-9, 11, 13-21 and 4 Mos 15; 37-41) and begin with "Hear, O Israel! The Lord is our God, the Lord is one. " Recitation of the Shema was part of the Temple liturgy, and is also part of synagogue liturgy. Jewish men are traditionally required to recite the prayer morning and evening to profess the unity of God and Israel's obligation to comply with the law of God. Women are exempt from the requirement to recite the Shema, but many perform this action yet. Shema is also included in the prayers Jews pray on his deathbed. It was also an important prayer for Jewish martyrs through the ages.

The early Christians believed in this and prayed that prayer, only with a wider meaning and purpose when Jesus had atoned sin, but he neither was, or is God in the literal sense, something he never claimed himself either:

1.Kor.8. 5 There are enough so-called gods in heaven or on earth, yes, there are many gods and many lords. 6 But to us there is one God, the Father. Everything is from him, and to him we are created. And there is one Lord, Jesus Christ. Everything is made by him, and by him we live.

Want to put up ten points regarding this topic that Jews do not believe in a triune God, and this is also what the Bible teaches in both the Old and New Testaments. The Christian Scientist was not a new doctrine, but kept to the Jewish faith and doctrine of faith in one God, not a mystical triadeGud!

1) We Smyrna Oslo believe and teach that the Jews, Jesus and the first Christians who makes us one Apostolic church. See here for our website: http://the-heavenly-blog.janchristensen.net/

2) Christians standing up for Israel, but they reject their belief in one God, it makes their Israel engagement strange and weird. We can not both defend and reject? Our commitment must spring from a common belief in one God? Do not we have it so is our commitment insufficient and inconsistent!

3) The believer makes the Trinity a mystery, it does not teach writing. Scripture teaches that the Father is God and Jesus was the perfect man. And through what Jesus did, we can connect with God when He is our Savior, Lord and mellomman, but not the one true God:

1. Tim. 2. 3 For this is good and acceptable in the sight of God our Savior, 4 who desires all men to be saved and come to the knowledge of the truth. 5 For there is one God and one mediator between them God and men, the man Christ Jesus, 6 who gave himself a ransom for all, a testimony in his time, 7, for this was I put to the minister and an apostle - I say truth, I'm not lying - a teacher of the Gentiles in faith and truth.

Notice the words: "there is one God and one mediator between them before God and man, the man Christ Jesus"!

4) Jews did not believe in the Trinity. Jesus did not believe in the Trinity. Notice that Jesus again and again not in conflict with any Jews or Israelites because of their views or their when you came to faith in God. On the contrary, he believed and taught that the Jews when he was a Jew and an Israelite. Just listen what Jesus even acquaintances, believed and taught:

6) Jews today, especially the scholars look at Christians as heresies. Have even talked others. Why? Faktsisk! They do this right. Where does the Trinity from? Not from God or the word of God, but from Satan and his demons:

1. Tim. 4. 1. Now the Spirit clear words that in the latter times some will fall away from the faith, as they hold themselves to seducing spirits and doctrines of devils, 2 by the hypocrisy of false teachers that are seared in their own conscience,

7) Paul warned that after his death it should come much stranger theory, such as the belief that God will torment unbelievers for all eternity, remarriage of believers over a low shoe, tron ​​in a triadeGud and mm Here what the apostle Paul prophesied:

Acts 20. 29 I know that after my departure shall grievous wolves come in among you, not sparing the flock; 30 even among yourselves men will be perceived as leading perverse speech to persuade his disciples after him.

8) It is arrogance behind the Trinity, and that "maintains" it is pride. Need explanation of this is just start reading our blog or our website. Then find a how Trinity is reached and mm

9) Trinity doctrine creates confusion and spilttelse. Think a not this heresy is one of the most eye set on being a heretical, an outsider, one who does not think straight etc. But the real cap is that this is a completely unbiblical beliefs and a faith that is not right. Only God the Father - no other - that is the only true and correct God!

10) I have received this by Revelation. There is of course the word of God is and remains our guiding principle. But God has confirmed this to me through a revelation, discussed here:

I was a morning night for a ca. 4 years ago brought "back" of God a vision / dream where I got to experience the "world" before anything existed. When there was only God the Father and the Holy Ghost which is a part of God. Based on it's all become. So my preaching / undervisnig is also based on a Divine revelation, not on what the person or teacher. Just as the Apostle Paul did.

Gal. 1. 9 As we said before, so say I now again, If any man preach any other gospel than that ye have received, let him be accursed! 10 Speeches I now people will, or God? or do I seek to please men? For if I yet pleased men, I should not be the servant of Christ. 11 But I certify you, brethren, that the gospel which was preached of me is not after man, 12 for neither did I receive it or learned it of man, but by the revelation of Jesus Christ. 13 I have heard how I formerly lived as a Jew, that I persecuted the church of God and destroyed it, 14 and I went on in Judaism beyond many of my peers, people, I was even more jealous of my fathers teachings. 15 But when God, who separated me from my mother's womb, and called me by his grace, by 16 to reveal his Son in me, that I might preach him among the Gentiles, when I myself conferred not with flesh and blood, 17 nor I went up to Jerusalem to them which were apostles before me, but I went into Arabia and returned to Damascus.

Final Comment: Are you / you on something? Submit your questions to me: Questions may be sent by email to me or SMS. Jk.chris @ online.no SMS: 99598070. Good luck and afterwards you can blog and make comments and new questions. God bless you and yours in the Lord Jesus Christ! Also, go to our website Smyrna Oslo: janchristensen.net