Nr. 402: If Jesus, the apostles, or any one of the first Christians had appeared among the Norwegian Christianity, what had happened then and what they had meant for us?

If Jesus, the apostles, or any one of the first Christians had appeared among the Norwegian Christianity, what had happened then and what they had meant for us?

Jesus had probably been suppressed, neglected and otherwise boycotted by large parts of the Norwegian Christianity, he dived up and lived physically among the believers in Norway. And he rebuked and told the truth, he had heard that he heard from the religious when he spring in Israel for 2000 years ago: "Who is dennne?" 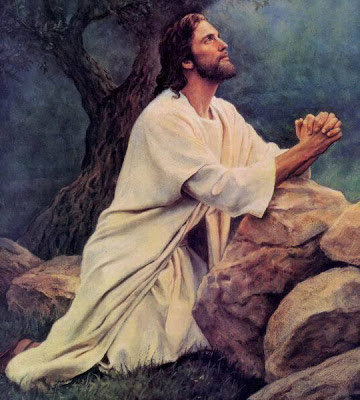 Luke 5:21 Then the scribes and Pharisees to think so: Who is this who speaks blasphemies? Who can forgive sins but God alone?

Luke 7:49 Then they that sat at meat with him, saying to himself: Who is this who even forgives sins?

Luke 9:9 And Herod said, John I let beheaded: but who is this that I hear such things about? And he sought to see him.

Who is this man? That is the question before, and today.

Jesus is not God, but it fullkommne man, let's have it ready for us. This I have explained so detailed before that I did not dwell on this now, except that I take with a verse from the Apostle Paul says that Jesus is a human being and it is only God the Father is the only true God - no one else! Do you have other opinions and can eg. explain Joh.e. 17.3 that it is none other than God the Father is the only true God, I give you free space on this blog to write about my dear friend!

1 Timothy 2:5 For there is one God and one mediator between them God and men, the man Christ Jesus.

Jesus believed in the Jewish God, that he was the only true God. But Jesus subverted all kind of people and was eminently social and met people at their level. But contemporary religious leaders happiest in his own company and Utoge contemporary people for funds. But to associate with them, it was not their buisness, but to obtain their funds, they could. And they kept them down in the rules and laws they themselves followed and lived by. But he lived as he preached and could and enjoyed being among all kinds of people. If they were high up in the middle of the tree or low. All people, he could sit and eat and drink with the hated and resented him for those. Jesus was a "in" man who took part in other people for better or worse. Had such a social and distinctly human looking fit among the Christians in Norway? And never let anything between what he said and thought? Jesus came at odds with the religious and he had absolutely sure also today. This was the testimony he got:

Luke 7:34 The Son of Man came eating and drinking, and you say, 'Look, a glutton and a drunkard, a friend of tax-gatherers and sinners!

Luke 5:30 And the Pharisees and their scribes murmured against his disciples, saying, Why eateth and drinketh I with publicans and sinners?

The Apostle Paul, what about him?

Paul was very radical when it came to moral aspects of life and the arrangements etc. But his dealings with alkehol was very liberal for many. He urged t.o.m. his young co-worker Timothy to drink wine daily and jevnligt:

1 Timothy 5:23 Drink no longer water, but use a little wine for your stomach and your frequent illnesses.

But he was against drinking too much and being drunk:

1 Timothy 3:8 Likewise, ward servants be worthy, not tvetungede, not inclined to much wine, not seekers after paltry gain.

But as such. concerning remarriage was out of the question for believers. They should either live solitary after a divorce or reconcile:

1 Corinthians 7:11 but she is separated from him when she vedbli being unmarried or reconciled with her husband - and that a man should not separate himself from his wife.

What about the other apostles? They were all Jews and lived as Israelites or Jews all his life!

It had been accepted that the premier had break with our cultural traditions, I am afraid of? Or have we gone further? The apostle Peter over 10 years after Pentecost, he had such. not eaten meat or fade in any way fravekket law except that they are not kept sabbatten like other Jews when they were cleansed by Jesus' precious blood. But they were very careful never to eat any blood products. This was a crucial learning issues among the early Christians. Therefore, for example. eating blood pudding etc. totally objectionable to believers today. And their "strict" view of marriage and their "moderate" view of alkehol, what of it? It had been kolisjon and ostracism when the current Christian Norway has come to a complete low point when one can accept gjengiftede preachers, pastors, etc.

Acts 3:29 p.m. that ye abstain from things sacrificed to idols and blood and things strangled, and fornication, if ye keep yourselves from these things, it will be well with you. Farewell!

I think that the first Christians had loved Smyrna Oslo?!