No. 1276: As expected, the appeal went through the Court of Appeal that Brynjar Meling foreshadowed!

No. 1276:
As expected, the appeal went through the Court of Appeal that Brynjar Meling foreshadowed!

Photo by Brynjar Meling who has meant all the time off I will be acquitted, which he also points out the appeal leaflet! 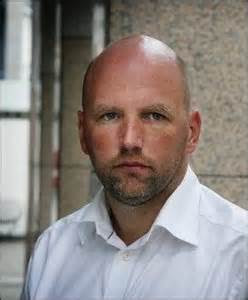 The fact that the appeal was successful, it would be very strange if it had not done so. Then, police do not realize what they are doing, for what both I and other lawyers are experiencing.

Brynjar Meling in its appeal enter emphasize the importance of this, and what others have written and said subject before the appeal. It was then expected that the case went through the court of appeal.

Here is the Court of Appeal enter, where they point out that Jan Aage Torp shall have no defender. When really he is a criminal:

Jan Kåre Christensen - Oslo public prosecutors
The Court of Appeal refers to decision l. July 2016 where the appeal was referred to the case
application of law.

Attached is directed decision where the correct view on
consideration of the compensation question emerges.

It follows from the decision that any
reparation claims should not be treated in connection with the consideration of criminal appeal.

As stated in the private decision must aggrieved Torp may put forward a civil claim before the High Court.

Reference The decision has already been sent to the ministry for Torp,
with a deadline of August 4, 2016. This date is still valid.
Identical letters have been sent defender and the accused, the prosecutor and the aggrieved January Aage Torp.


The Court of Appeal DECISION

The appeal concerns the assessment of evidence on the question of guilt and the application of law.

The Court of Appeal notes:

That is the case not alleged or sentenced to different reaction than fine, forfeiture or loss of the right to drive a motor vehicle, etc., And the appeal can therefore only be filed with the Court of Appeal
consent pursuant to the Criminal Procedure Act § 321, first paragraph. High Court finds that there are special reasons in favor of the appeal of the application of law.

The High Court does not find that there are special reasons for the appeal of the assessment of evidence on the question of guilt. During its consideration of the appeal shall be subject matters that the district court found proven applied.
For the treatment of civil legal claims reference is made to the Criminal Procedure Act § 431 third and
sixth paragraph.

* The decision to refer the matter to the appeal proceedings shall be served on the aggrieved party, who will be given even to covet the treatment of the compensation order. For claims to be taken under consideration together with the criminal case requires court approval ref.
Criminal Procedure § 434 subsection c). High Court does not Grumi to give consent to process the claim with the criminal case. This requirement will not be
handled by the appellate court unless the aggrieved party within one month after the decision has been served informs the Court of Appeal that he still requires treatment of the claim.

Treatment should happen Dispute Act. It must therefore be withdrawn an appeal which satisfies the appeal in Disputes Act § 29 to 9.1 disputes will be incurred liability for costs to the counterparty. It will, according to court fees law § l O Amiet joints that
rule be given exemption from court fees.

The decision is unanimous.