No. 1279: Yourselves treasures in heaven, where neither moth nor rust destroys and where thieves do not break in and steal!

No. 1279:
Yourselves treasures in heaven, where neither moth nor rust destroys and where thieves do not break in and steal!

Descriptions of what happened during the European Championship finals in Paris, France on Sunday 10 June 2016, when an organizer Tave de lux made sure there was a moth invasion unparalleled. Floodlight had been left on throughout forje night, and the mill had entered as hordes. This is clearly symbolic, since even an EM final and a European Championship, no matter how great and glorious it all is. There are temporal and perishable, it is only faith in God and Jesus which will bring an eternal and glorious victory without over this temporal and earthly life we ​​have here on this earth.

MØLL EATEN: Cristiano Ronaldo and other players were almost eaten up by moths during the European Championship final. 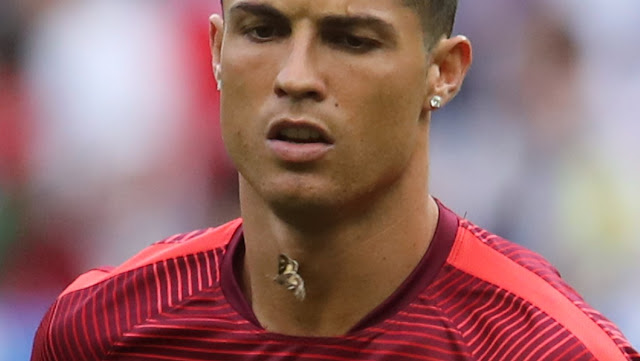 Working hard: The stadium staff are working hard to reduce the number of moths on the pitch. 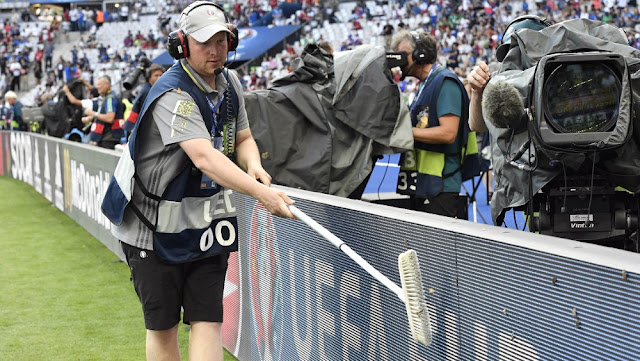 Jesus' words were more appropriate at the European Championships final between Portugal and France than what one would think and expect the moth invasion we saw.

From Wikipedia: Real moths (Tineidae) is a species-rich family of butterflies. Unlike most other butterflies live most species larvae not on living plants, but on dead plant or animal matter, fungi or low. Some species can do great damage to stored foods or textiles, particularly known are moths (Tinea bisselliella) that can destroy garments of wool. Out in nature can tineidae found for example in old birds' nests and wasp nest, where they eat dead organic matter.
(End of quote).

What does Jesus want to say? That everything in this world, whether it is the world's finest clothing, it is not protected against moths. And metals shakes etc. This they at Stade de France in Saint Denis, a suburb north of Paris. It is France's national stadium, got a moth invasion due that those who govern stadium facility made such a mistake to leave the lights on throughout the night. Only shows that we humans are also full of errors if we have really all the world's wealth!

We must put in us the word of Jesus, not to put our trust in anything in this world. But seek God's Kingdom first, not as no. Two, three or even last. But in the first place!

Matt. 6. 28 And why are you worried about clothing? Consider the lilies of the field, how they grow; They work nor spin, 29 yet I tell you, even Solomon in all his splendor was dressed like one of them. 30 If God so clothe the grass of the field, which is here today and thrown into the oven tomorrow, how much more will he clothe you? So little faith! 31 Be therefore not concerned, saying, What shall we eat? or 'What shall we drink? or 'What shall we wear?' 32 All this Gentiles seek; Your Father in heaven knows that you need all these things. 33 But seek first His kingdom and His righteousness, and ye shall receive everything else as well.

Anyway, everything in this world of gold, goods and honor, has its aftertaste. Why? It is only temporal and will not last forever. Only what we do for God, will last forever and ever! The apostle Paul writes:

1 Cor. 9. 24 Do you not know that those who are in a race on the sports, everyone runs, but only one wins the prize. So run that you win it! 25 An athlete must deny themselves everything. He does it to win a wreath that withers, we have to win a wreath that will never wither. 26 I run therefore not without a goal, and I am not like a boxer who turns in midair. 27 No, I'm fighting against myself and forces the body to obey, lest I have preached to others, I myself should be rejected.

A wreath that withers - if we believe in Jesus and God gets a garland that is eternal!

For a big difference it is to believe in God and not believe in God. Think of Asaph in Psalm 73. He was disheartened when he saw how well it went nonbelievers. But it was up to God into God's presence, and seeing it all in an eternal perspective. Then there was a vast difference between. We read of what Asaph writes.

Psalm 73 11 They say, "How does God know about it?
Has the Supreme knowledge of something? "
12 Yes, so is the wicked
which is always safe and increase their wealth.
13 In vain have I kept your heart pure
and washed my hands for signs of innocence.
14 Yet I was plagued all day,
every morning I was chastised.
15 Had I said: "How will I speak"
I would have betrayed your sons seed.
16 As I pondered to understand this;
it was painful for me
17 - until I went into the sanctuary of God;
I understood how it goes them eventually.
18 Yes, you lead them on slippery roads,
you let them fall and perish.
19 Oh, how suddenly they perish,
they are torn away and ends in horror.
20 As we despise a dream
when we wake up in the morning,
so despise you the sight of them
when you stand up, Lord.
21 As long as my mind was grieved,
and I knew that it stuck in your heart,
22 I was stupid and foolish;
as a fairy, I was against you.
23 But I am always with you,
you hold me by my right hand.
24 You guide me with your counsel,
and since you take me up in glory.
25 Whom have I in heaven?
When I only have you,
I do not want anything on earth.
26 In body and soul perishes
God is forever my rock and my part.
27 See, those who stay away from you will perish,
You will destroy all who are unfaithful to you.
28 But for me it is good to be near God.
I put my trust in the Lord.
I will testify to all thy works.

Here we can read about Asaf who first see that it goes very well with many who do not believe in God, who do not have Jesus as their Savior and Lord. But those who believe in God, they go there always seemingly equally well. The fact that there are many times easier and more comfortably to write God in his life. When can you do as a self-will, living the life that you want and think is best. Whereas for the believer is a life of renunciation, denial and actually also be an outcast in this world. But then comes the day we all shall stand within its God with our lives, what then?

When help is nothing to be champion in either football or anything else. Much or little money in the account does it very, very little, it is whether one is cleansed by Jesus' precious blood.

If we have lived a life that is pleasing unto God and have been able to have been preserved in the faith and our lives is God worthy? Without this, so have our lives been in vain and without content. Scripture says that all is vanity in this world without God, then it will take us to destruction!

Asaf erupt in a salvation triumph, as we all as believers can do to ours.

Psalm 73 23 But I am always with you,
you hold me by my right hand.
24 You guide me with your counsel,
and since you take me up in glory.
25 Whom have I in heaven?
When I only have you,
I do not want anything on earth.
26 In body and soul perishes
God is forever my rock and my part.
27 See, those who stay away from you will perish,
You will destroy all who are unfaithful to you.
28 But for me it is good to be near God.
I put my trust in the Lord.
I will testify to all thy works.

Asaf describing how he had been before he got his spiritual eyes opplatt and what happened to people without God: "I was stupid and foolish. As a fairy, I was against you. "