No. 1271: The appeal went through the Court of Appeal - the goal is to get in Jan Aage Torp judged as the manipulator, he is a false accusation against me, when it all based on my view of remarriage is adultery for Christians!

No. 1271:
The appeal went through the Court of Appeal - the goal is to get in Jan Aage Torp judged as the manipulator, he is a false accusation against me, when it all based on my view of remarriage is adultery for Christians!

What part of the story, which is the most important. Is that there is at least 10,000 hatmeldigner welcomed me there on the web that began at least three years ago!
This ignores police and Torp entirely proven, therefore what I write on his blog a response to this shit against me and my family!
Here runs the police with two sets of laws, everything I write and speak is a crime.
In their opinion, and the way they add up on opposite anyone and everyone!
Everything January Aage Torp and his disciples are not punishable, whether it goes what I have written and spoken verbally hundred times "worse"!

For this picture I can get 1 month. in prison, it is ridiculous, and this image is included in the judgment against me from the District Court, ha-ha!


I have written that the police on Manglerud behave like they were in North Korea or Saudi Arabia in my estimation.
But District Court is worse in my opinion when they say it is an offense to publish this picture, ha-ha!
Torp has made 10 times worse guardian against me. Taking with his "allies" what they have come up with. So exceeds the actual Torp 10 x 10 times. So here it is so horrible it may have remained in my estimation judgment in court against me! This is when the least harmless picture ?!
A satire image if one is offended by this then is one that Muslims if not worse during the caricature controversy 10 years ago when they were furious over pig image of French barbecue party partying!

The entire case is based on false accusations of "Pastor" Jan Aage Torp who was to time disclosed in court! I have reviewed Torp for false accusations, which is obviously underlies the whole affair!

The intensity increased after Torp reported offense in September 2014. Torp further explained that the massive negative publicity of him, but also his wife and other family members, has been a great personal burden.

Whose intensity increased? From Torp and his disciples hatred and hatmeldigner against me, to which I replied in his own blog!

Background for this case is at least 10,000 hatmeldigner against me and my family on various forums.

As from online, mail, blogs, twitter, our employers tried dragged into and mostly as possible to try to frame and injured me and my family! This mentions the police not even a word about when the entire case must be wrong. And Torp arithmetic is more like lotto numbers to calculate when he operates with strange values. Where he breaks together a blog that is English where everything is rendered mostly. Each evidence for something, this underlies all judgment! This is outrageous! No wonder it has become much, and I will then be punished for this writing on his blog, worse than this, well it is not possible to be?

Therefore, the entire production completely wrong. And lawyer with lay judges did when a lousy and sluggish job. When this underlies all judgment, and I was not asked about this one more time. Then all judgment improper and very weak.

This has been Torp goals yet, and it does not surprise me if he has manipulated also Google with this verdict which is not legally enforceable? He is and remains to be a crook, which he quite sure will be to his dying day if he can not find salvation and repentance in Christ Jesus.

From VL: -
"What do you expect from Christensen, Torp? - I expect that he erases everything that he has written about all, I'm going to address to Google and request that they remove all this material from their search engine. But then there must be a final judgment. (End of quote). "

When this matter with JKC has reached its necessary end, Kjell Andersen, then I think you with wisdom is able to modere necessary debates about difficult topics such as divorce and remarriage. I'll be happy to help as best I can, only I do not have to moderate itself
Otherwise it is partnership with Braut Fuglesteg etc. which engages tough and necessary in relation to a blog that is confused, cruel, vicious and stupid - through and through. It should be shut down, in short.

Here, January Aage Torp "message" of those involved in the fake Smyrna blog, keep working. Had he not stood with them, he had warned against them!

But Torp and "thugs" are on the same page, it tells me that Torp even this with ia creating a fictional review of mine to get stopped me and the Heavenly blog to warn people against remarriage of believers, and in particular ministers and those with responsibility among the believers!

I have not written this out of thin air, but what Torp have written of hatmeldigner to me, so it is 10 times worse purely verbal one what I have written. But he has his supporters and "henchmen" as they call themselves, which exceeded Torp even 10 x 10 times. This is not at all taken into consideration, it becomes totally wrong picture that emerges!

Photo by the judge in the Oslo District Court made a very weak job in my opinion, and lay judges will take a good part of the blame for that case now appealed!
Judge Malin Strømberg Amble asked me once about Jan Aage Torp of tinkering, this testifies to a very weak judgments in my view. 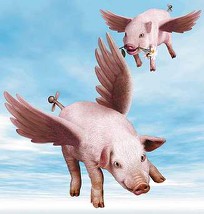 5 reviews from "our" side as the police totally proven overlook, but they must take up.

1) The review by Jan Aage Torp for false accusations against me. It is the most important thing that the police ignore, but I have documented powerful that it is this that the whole case is based.

3.) Review of the false Smyrna blog.

4.) Review of my wife, Berit of all the emails that Ansgar Braut sent.

Dear faithful friends, pray for the cause. The outcome and that God sends His Spirit and His angels to the Court when all judgment is basically Christian persecution!

I'm not a lawyer, but also in legal terms, this judgment is obvious error when it says that I have violated the private sphere etc. which is also a lie. But there, Jan Aage Torp and his supporters and "lackeys" made and that the gangs.

I never made contact with Torp, but he with me.
This is my personal opinion that everything what I've written on your blog and website, is miles within its religious and free speech!
And his supporters and "lackeys" have really to time made contact with my son, my employer and my wife both at her job mail and private mail. Her school, employers and management. Threatened, lied and kept on. This of police in total, the whole picture is exactly opposite than what the police say and portray the matter!

I will moderate myself a bit, but after going through what is posted about Jan Aage Torp, then ca. 5% posted before Torps fictitious review, and 95% thereafter!

And that Torp's numbers are almost as taken out of thin air when I make copies on the English blog and bring this is just tinkering with numbers. Each he gives multi double than what is right.

Everything I've written is within its religious and free speech. It is written in his own blog, and what Torps have referred me, surpasses me a ten-fold.
Torp's backers and "lackeys" means a ten-fold they also January Aage Torp!
Here everything is put out of its proportions, all to frame me and get me convicted!
Will they succeed? Guaranteed not!

Isaiah 54. 17 No weapon formed against you shall prosper, and every tongue that contended with thee, thou shalt condemn; this is the Lord's heritage of the servants and their righteousness is of me, saith the Lord.