No. 1132: Police on Manglerud and Jan Aage Torp it becomes more and more obvious that they are criminals who do not realize the clear facts that the website Searchlight is crappy!

No. 1132:
Police on Manglerud and Jan Aage Torp it becomes more and more obvious that they are criminals who do not realize the clear facts that the website Searchlight is crappy!

When the police will not take my reviews seriously. So realize one that here is the "hawks" in the moss!

As well as Jan Aage Torp says he has nothing with his disciples as we can document that he encourages them to fight me and the Heavenly blog to get it closed!

There is no doubt longer that we are facing a police force that defends a criminal psychopath who actually lying as it runs a he, like psychopaths doing.
This is from Wikipedia about the psychopath: A psychopath (of psychopathy, also known as sociopath) is ein diagnostic concepts on an syndrome of abnormal personal ancestral traits. Common recognize characters is that people with a such suffering at first sight may seem sympathetic, intelligent and cozy little, but at more closely contact proves to be manipulative demorande, liar and impulsive. Outwardly can ein psychopath be-closed, with ein well paid job and good reputation etc, whereas ein inwardly proves to be an unattractive behavior. It is often dei næraste, family / close veins notices it and get to experience the psychopath's works doctor Personlegdom.
(End of quote).
Here picture of Jan Aage Torp. 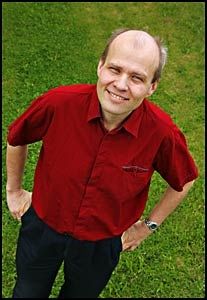 I doubted if I should dare to come forward with my story, but now I'm so happy that I did it. It is only now that the full dawned on me for a great and tough man Jan Kåre Christensen is and what a difficult and important job we have for taking the evil and dangerous man Jan-Aage Torp.

The worst is the site Searchlight who also run by anonymous people. Here is evil and network roll business systematized. It is apparent that the family Torp has far more than a finger in the pie here, too.

The rain obviously that they were going to intimidate me into silence by sending two uniformed police officers to my home, but not this time. What should he do? They understand of course that it is only a matter of time before someone is leaking information and i sit with tangible proof that my boyfriend was visiting the said man the day she disappeared, and then crumble it all for them.

How this has evolved, it will not be beneficial for the family Torp if she is neither dead or alive. Therefore, they have gotten this obnoxious website to create a story about a woman who "live coverage of anxiety for his ex-lover." (Ex-girlfriend? That's as far as I know none of us who have made the final with the other ...)

Ingenious! That way you have to deal with a dead woman while avoiding getting her voice. She has to hide from the cruel girlfriend - excuse me, ex-girlfriend - his, who has looked for her for nearly five years so he can give her a beating. ... Or was it so that the whole story was simply fantastic and we have never been romantically or that woman does not exist at all? Some even claim that I do not exist. It is certainly not easy to keep track of everything Jan-Aage Torp and his pitiful anonymous backers buzzes along!

It says at least for me as a big mystery how Searchlight at all know how things are with the woman, as long as they have no family Torp to do, family Torp has never had anything to do with her, and police on Manglerud is a completely neutral police who are not on family Torp page. One does not have many brain cells to understand that it's pretty much is amiss here ...

I just have to ask. Is there not a hint of dignity in you, Jan-Aage Torp ?! Here I have lived in the deepest despair in almost five years and entrusted to you this privately hoping that you could help me, and then you get instead your anonymous henchmen to prepare me in public like a tyrant as my boyfriend must go into hiding !!! You are obviously even more evil and dangerous than I had thought. Thank God for Jan Kåre Christensen and Brynjar Meling who have taken up the fight against this terrible man to avoid even more ports within his network which he controls at their manipulative way!

When it comes to you in the spotlight as sheaths of you lots of lies and shit behind the dastardly masks their: If it is so that you possess information that my boyfriend is alive so I demand that you give me this immediately. Otherwise I'm going to report both to you and the whole family Torp to police, and I'm not talking about Police at Manglerud! Do not believe other than that you also shall be in public with full names! Then you will see how fun it is to be put SPOTLIGHT on! ;-)

I decide to leave this statistical frequencies, both because Searchlight is not my forum - for that is what all too many sympathizers of Jan-Aage Torp there - and because it's okay for me that they get the last word. I have after all come with hard guns against them, and they should be allowed to defend himself. I've already achieved more with publishing this matter than I had thought, and see no reason to engage in any public bickering with either the one or the other.

Interesting that they refer to this as "outrageous allegations" but that despite the fact that they have had for years wearing have not lifted a finger to answer them before this became a public issue.

Where will this end? And it is strange how the police are lying, even during the trial. Where it was claimed that I had written so much about Torp, therefore I had to be judged. But what I had written, was 99% after January Aage Torp's fictional review. The lies to the police will never get those come with the Court of Appeal without the will be revealed and refuted!