No. 1126: The District Court's judgment clearly shows that the police on Manglerud / Oslo adds up to an outright false imprisonment against me, Norway's worst!

No. 1126:
The District Court's judgment clearly shows that the police on Manglerud / Oslo adds up to an outright false imprisonment against me, Norway's worst!

Picture a boxing match. Attends a manipulator and a mockery apostle as Jan Aage Torp, there are two things to do. Either get as far away as possible, and never looking back.
Or do as I have done here, stand up and fight and fight out so that he can not destroy even more people to say cruel and terrible way. 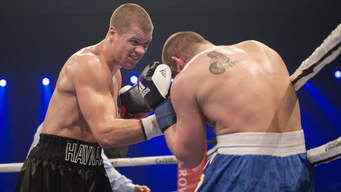 What is a miscarriage of justice? From Norwegian Encyclopedia:
"Miscarriage of justice, originally the event that an innocent was convicted and executed.
In more recent parlance, the phrase occasionally on any given and enforceable judgment that affects one that should not have been convicted. "

In this matter between me and "Pastor" and the false apostle January Aage Torp there are many things to grasp. But there are some aspects that I want to bring here.

1.) Why I think it's false accusations in January Aage Torp comes with opposite me.

a.) Torp wrote repeatedly Searchlight and when he was interviewed in the newspaper Our Country, he saw that he reviewed me to get a final judgment that he could go to Google.
b.) He Reviewed me and what I have written against him in retrospect, just over 98%. When fabricating that I have written against him so he feels this as harassment without mentioning that it is only in retrospect I wrote against him, not before review.
This is to fabricate a monstrous lie! The entire review of mine is based on one thing, that I have warned against him in public, primarily that he is re-married as a believer!
c.) There are over 10,000 hatmeldigner that I have given a response to being omitted altogether in the presentation of evidence. The whole thing is a huge spectacle and charade of police and Jan Aage Torp against me and my family, where Torp disciples lies and trigger case all the time as he either encourages or allows the tacit get hold of!

2.) Police on Manglerud / Oslo adds up to an outright false imprisonment against me, when they completely proven assumes only my statements, while ignoring everyone else in this matter. Although Torp caught me a ten-fold, and his disciples me one hundred time. 10,000 hatmeldigner against me and my family are completely proven omitted and that they do not excite the police and Torp false and foolish evidence!

Here are some article that says this, and there are even much more:


3.) Jan Aage Torp's disciples own no inhibitions, they are completely beyond and obviously criminals. But they are being protected by police at Manglerud. I'm not sure why? It is absolutely incomprehensible and police Manglerud puts really law in Norway not only in danger. But they break the rule of law principle which we are all equal before the law.

Here are some article that says this, and there are even much more:

4.) If what I have said and written is punishable, should not half Norway soon in jail? The whole thing is absurd, and it is only looking for one thing, get me convicted and punished, there are motives to the police and Jan Aage Torp.

5.) Letter or mail sent to Manglerud police, who under draws powerful that here there is a police running with two sets of laws. Read yourself and consider:

All right, then you have sent everything to the appellate court, fine!

But I've Reviewed several factors, amongst them January Aage Torp for false accusations. How does is the review?

I think that the main reason for Torp Reviewed me.
It was because I pointed out that as a shepherd and apostle Torp titular himself with, and he will not be re-married.
Scripture clearly says through the Apostle Paul that he as a bishop must be a woman's husband.

This is then no substance in Torp's review (when the reason for the judgment was not what I had written, but the amount).
But my review of Torp for false accusation stands up very strongly after the verdict in the court! In fact the judgment of the district court stated that it was all false accusations from Torp's side against me.
You recognize this too?

But what is most difficult is that Torp's disciples, they attack me and my family again and again. Here I can communicate to you next all you want, I've certainly gotten by Jan Aage Torp's disciples over 10,000 hatmeldigner online. Just in the last week is enough number 100, this has been going on for several years. I can provide you with at least 5,000 of these if you want it, just to speak out!

It remains on the Internet, inter alia, that my son is gay etc. He is now in Northern Norway in the military. He knows that when comrades and others seek him, so come this shit up. I think no matter what I have said about Torp Torp about me, who verbally is not from my level. So these Torp's "friends" in a class by itself where there are no inhibitions. I neither do not realize that you do something with this? After all, 10,000 hatmeldigner against me and my family, at least!

January Aage Torp encouraged them to this, and the public.

And afterwards, he says he has nothing to do with this. I do not think for a second.

Moreover, I believe that if he has nothing to do with this, why he warns it not against these and the false Smyrna blog? It had at least I made. Both for the sake of my family, and for the sake of its own credibility by first having supported these people.

When this matter with JKC has reached its necessary end, Kjell Andersen, then I think you with wisdom is able to modere necessary debates about difficult topics such as divorce and remarriage. I'll be happy to help as best I can, only I do not have to moderate itself

Otherwise, it's interesting to Braut Fuglesteg etc. which engages tough and necessary in relation to a blog that is confused, cruel, vicious and stupid - through and through.
It should be shut down, in short.

So we meet in well again in the Court of Appeal, hopefully ?!

But at the same time, I think you should and should look at these issues. And Kona my Reviewed this Ansgar Braut who almost has terrorized her and school management with many ugly accusations. There ia she went with a revolver in her bag etc. that made school management kept on contacting armed police. That said, I think you totally ignore what is punishable!

Here are some of these review the numbers:
13385811
13218387
And case number 3146985.
+ One from my wife that I did not have the number, but it was submitted at Majorstuen police nearly one year ago regarding what happened at school when armed police were about to be summoned regarding the emails that Ansgar Braut sent.
4 reviews from us and 2 in the south in this matter!

Has received dismissal on a due capacity. But here you time to keep on with what I'm writing on his blog, which is like a "firecracker" against what Torodd Fuglesteg and Ansgar Braut (pseudonym name) writes, so it deliberately to do!
Each Searchlight and Jan Aage Torp is reviewed in Arendal, and it is Thor Handeland and Kristiansand police who were on the case.

Has been in contact with Telenor and Wordpress.com who say the same. Should something be deleted, then the police must do it or there must be a final judgment for doing this (it was therefore January Aage Torp Reviewed me).
So should any of this be deleted is written about my son, all this you should do. Whether through indictment and get those who run the fake Smyrna blog convicted. Or that you make direct contact with Telenor or Wordpress.com.

Hear from you about to do something in all the other cases! After all, they also wanted me death, and now writes the following about me: "That is the father of five who last month was convicted of internet harassment in court. His children will now have him admitted to a mental asylum after his health has deteriorated significantly in recent weeks. We and other churches have obviously given them our support in their plight. "

Here it is alleged that I have 2 children without past marriage and kids and my family want me admitted to the mental asylum. This is really so defamatory it is possible to make some statements? If this is a criminal offense and far above what I've ever written and said. So the moon is yellow cheese!

Final Comment:
It all stands or falls now on this matter comes up in the Court of Appeal. If it comes up there, then police and Jan Aage Torp's lies, deception and manipulation guaranteed never prevail and go unchallenged!
I am convinced that the day this thing is finished, I'm 120%, and Jan Aage Torp's many lies and fabricated numbers and other, which is held against him and he has been revealed as the person he really is. It is a false mockery apostle with clear psychopathic traits making him totally unfit as pastor and shepherd!