No. 1117: Vebjørn selbekk sits down over Jesus and the apostle Paul in his judgment and ascribe me things that are not true and real!

No. 1117:
Vebjørn selbekk sits down over Jesus and the apostle Paul in his judgment and ascribe me things that are not true and real!

Picture of me and my wife who has a "world view" that is completely beyond According to Jan Aage Torp and vebjørn selbekk. -Selbekk Writes in the newspaper day in an editorial on Saturday 30 January 2016 the following:
"He pointed to the texts of the New Testament that is about divorce and remarriage and pointed out that the word" fornication "is used on such matters. Torp is separated from his wife and remarried and in Christensen's imagination makes it Torp to an adulterer and unfit to be a Christian leader. "

In other words, it is in my "world view" this has mainspring that remarriage is sin for believers? At least according vebjørn selbekk.

It has been very difficult and instructive to meet a person who "Pastor" Jan Aage Torp then he has used all methods possible to try to break me and my family. Either themselves or through "straw men" who have been operating freely under Torp and police protection.

I'm not lawyer, but also in legal terms, this judgment is manifest error when it says that I have violated the private sphere etc. which is also a lie. But there, Jan Aage Torp and his supporters and "lackeys" made and that the gangs.

I never made contact with Torp, but he with me.

And his supporters and "lackeys" has really to time made contact with my son, my employer and my wife both at her job mail and private mail. Her school, employers and management. Threatened, lied and kept on. This over police in total, the whole picture is exactly opposite than what the police say and portray the matter!

I am the way, and try to improve myself and make things right. But here they have availed themselves of the very dirtiest trick that is, there is contact and put my family out of play. The fact that my family also now my two daughters are publicly mentioned by name. This is really dirty game run against me! I have reacted? Perhaps also overreacted? It testifies that then Torp could have succeeded with their tactics and dirty games? But never if I give me, if I'm not perfect! I must be allowed on their blog to write exactly what I think and believe is right and biblical without being criminalized? Or shall religion and freedom of expression be completely eradicated and set aside for such people as Jan Aage Torp with his dirty play should be allowed to hold on?

Vebjørn selbekk sits down over Jesus and the apostle Paul in his judgment and ascribe me things that are not true and real, I wrote in the headline. It is known biblical doctrine that remarriage is sin, fornication and adultery for believers. Or I have this only in the "imagination" this has mainspring that remarriage is sin for believers? At least according vebjørn selbekk, but not according to God's word! Glory to God and the Lamb henceforth and forever!

Includes an article ultimately regarding marriage from a "Catholic" website that Torp think that I and two shoes are. Read yourself, and consider the basis of the word of God, it is not something that is in my "world view", but which agrees with what Jesus and the Apostle Paul preached and taught. And they preached and spoke the word of God!

Nr. 647:
Now all had their rights soon to live out their passions and "love needs" , when are pedophiles and rapists also be allowed?


Today it is a criminal offense to be pedophiles and rapists . Soon sex in all variations more and more forward and being allowed and accepted. Group sex , animal sex or so-called zoophilia , maschosistisk or sadistic sex, swinging and I do not know what ?

But those who have the greatest responsibility for this slippage in the community and among the believers are those with permitted and responsibility. I am convinced that such persons Emanuel Minos is more destructive to this one slipped some of us are aware of all play along and allowed everything to remarriage as some preachers are able to do. God's word warns strongly against this Nicolaitans and a man with Balaam preaching and teaching , anything but a true believer and a true Christ and preach the Word . 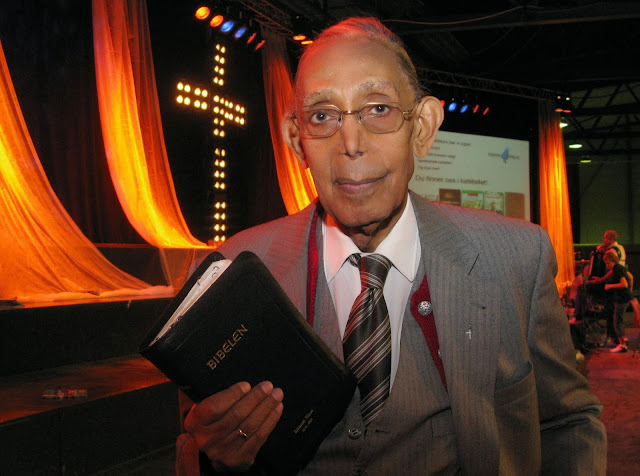 Before it was an offense to remarry and live as a lesbian and homosexual.


Among the Christians remarriage before the unthinkable , and being a preacher and be re- married, unimaginable. Today will not even mention it and bring it up in the ministry.

How will God's church and the world end ? It 's not hard to see and know ? The core of the world and is accepted worldwide. It goes from 5 to 10 - 15 years . So is the same standard among Christians , if not even worse when they do not want to acknowledge their miserable and unbiblical standard and life.

Where are the limits go ? Where God has set them for us believers , we open up some more , so we set the door ajar for Satan , sin , the flesh and the world. And the door is first set up, a gust of wind , then the door was fully open . This is exactly what has happened and is happening . What then is the two large cardinal sins of God's church today as of this writing in January 2014 ?

1 ) Remarriage among the believers.

2 ) Permission to marry a divorcee .

It is said that one must be two about it, why has it that also marries a divorced the same responsibility as is divorced and remarried !

Taking a bit of a story : " A marriage - once " Ruth Silje Johansen.

In God's eyes will be married without the spouse 's death , remains one problem , then you still have your first spouse's wife or husband . God's Word describes this as adultery .

And if a woman divorces her husband and marries another, she runs adultery . That is what makes you live in persistent sin is your sexual life with your new spouse .

1 Corinthians 6:18 Flee fornication ! All sin that a man can do otherwise is outside the body . But he that committeth fornication sinneth against his own body.

Know ye not that your body is the temple of the Holy Ghost which is in you, whom you have received from God? You are not your own. For ye are bought ! Let then your body, to the glory of God !

If an unmarried man and a married woman has sexual intercourse makes the man guilty of Porneia and woman in Moicheia . Porneia and Moicheia are two very different acts.

What is so sad is that sin will always develop and negotiate new things and new aspects .

Opens a first up for what is sin and not just as all the rest also . There shall be such as it was in the days of Lot , where a forced herself to the sex one would have , and be always with impunity . Everything was allowed!

From my commentaries Revelation 22 11 Let him who does wrong continue to do wrong , and the unclean continue in its filthiness ! Let the righteous still do what is right , and the Holy continue in sanctification . Now we return to what we otherwise find in God's word of truth and learning. We find the same in a prophet in the Old Testament that is often compared to John, the prophet Daniel . 12 10 Many shall be purified, and made ​​white, and refined . But the wicked will continue in their wickedness , and none of them will know anything. But the wise shall understand. The world is hopelessly lost , but what about Christians ? Do they go on and on with the Lord? Unfortunately it turns out that all too often a landscape by the way. But for those who walk with the Lord shall be glorious trek and glory . As believers we resemble more and more in Jesus as we walk with Him.

12 Behold, I am coming quickly , and My reward is with Me , to render to every man according to his work.

We as humans will slither with the Lord. It is important to collect treasures in heaven than on earth. It is more precious than anything . The Bible gives instructions here too . Matt . 6 33 But seek first his kingdom and his righteousness , and ye shall receive all the others as well . ( end of quote ) .

There is indeed much negative going on, and that lie ahead . Why ? Because we do not confront sin in our own lives , and when other pats us on the shoulder and says that this marriage is of God. It forje was not what I 've heard many a time in PinseKaresmatiske congregations so than do not wonder why evolution is so negative and in accordance with what the evil desires and wants. But for us believers , that goes with God as Enoch, how will our journey be?

Proverbs 4:18 But the path of the just is like the shining light , that shineth more and more unto the broad daylight .

Proverbs 31:25 Strength and honor are her raiment , and she shall rejoice in time .

How will our journey be? "The path of the just is like the shining light , that shineth more and more unto the broad daylight ." And what in the future , we as true Christians who walk with God and in the light of our lives ? "She shall rejoice in time ." It is clear that there is a lot to take in , but there is much that lifts and carries well. One thing that bears more than anything else, is that all that we see today , both positive and negative, all that God has spoken in his own words, that such a come it to be and spoon , and then, how do we as Jesus believers relate ? Correcting both back , heart and testimony for the day to see and meet Jesus is then just around the corner .

Luke 9:28 p.m. when these things begin to happen, look up, and lift up your heads; for your redemption is drawing near .