No. 1114: Dear faithful friends, request that the matter between me and the false apostle January Aage Torp let through to the appellate court. And Torp are revealed once and for all!

No. 1114:
Dear faithful friends, request that the matter between me and the false apostle Jan Aage Torp let through to the appellate court. And Torp are revealed once and for all!

Those who write on the blog is fake Smyrna Torodd Fuglesteg and Ansgar Braut (his psynonym name).

These two individuals encourage and incite "Pastor" Torp most emphatically.
In other words, here are the words of Jesus come true that a leader who is poor get even poorer disciples, Matt. 23. 15 Woe unto you, scribes and Pharisees, you hypocrites! You cross land and sea to win one proselyte, and when you succeed, you make him a child of hell twice as much as yourselves.

When this matter with JKC has reached its necessary end, Kjell Andersen, then I think you with wisdom is able to modere necessary debates about difficult topics such as divorce and remarriage. I'll be happy to help as best I can, only I do not have to moderate itself

Otherwise, it's interesting with Braut Fuglesteg etc. which engages tough and necessary in relation to a blog that is confused, naughty, evil and stupid - through and through.
It should be shut down, short and well.

The goal to "Pastor" Torp is clear, it's to stop me and the Heavenly blog. Now he has deceived the police, court and, when he will be stopped as a liar and manipulator? Pray that this happens in the Court of Appeal if not before!
Now I've proven that I have had a fight with Torp, where he has entrusted this matter also to their followers and disciples.

Image of Jesus, no one was cleaner and better than him, no one has suffered so much and learned so much unfair treatment as him. That we as believers have to go through some of the same is not to wonder! 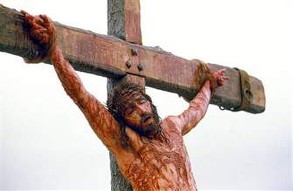 Thanks for all your prayers and support, it heats and has been widely!

I am convinced that it is through the faithful prayers - or intercessions - the biggest thing happening in the kingdom of God. So also here!
Request these dear friends, and I am glad you are with:
"Pray that the matter between me and the false apostle January Aage Torp let through to the appellate court, and Torp are revealed once and for all that the manipulator and mockery apostle he obviously is!"

The entire judgment is based Torp numbers juggling, it will be greatly revealed in the Court of Appeal!

The only nearly that have led to a conviction, it is Torps numbers juggling. It's the only thing that underlies the judgment. That court has believed in this and attached a little for this. Which of course he should have asked me if this was so important? She has, in other words not done its job.
It also testifies against this ruling as incorrect!

Here is an excerpt or summary:
"The conditions matter concerns's blog during the period January 2012 to March 2015. Torp has conducted an inventory of the posts about him and concluded that he is mentioned in the blog over 3000 times. His wife is mentioned around 900 times, including she is referred to as a "whore" 167 times. Moreover, Torp referred to as a "dirty old man" over 30 times, "whore buck" over 110 times, "narcsissist / fun last" over 30 times, "psychopath" over 200 times and "false pastor / prophet / apostle "over 400 times.

This is completely incorrect, it is for the first 2 blogs, that he breaks together and obtain the number (one Norwegian and one English blog). Thus, only half there.

And that whore buck for example. taken away and replaced with adulterer. But as it has under the Comments been debated, and then writes Torp this. All the other numbers are far too high and does not match at all, this is the number of wheeler incorrect!

And I've probably got against me over 5000 hatmeldigner from Torp and his disciples, I can document 5000 but there are enough double and it in Norwegian. Thus 10,000 that I have as "black" in the Heavenly blog.

Here am I doomed to write on my own blog! This must and is incorrect!
No, this ruling is incorrect and fabricated in every way!

His current wife, I have not discussed negatively, only Torp. The number he operates with is almost taken out of the air and there is 10,000 hatmeldigner behind that police have totally overlooked.

10,000 hatmeldigner surely welcomed me and my family, this is yet another charade staged by Mister Torp.

That which does not appear either, it's the 98% that is written, is written by Torps false accusations against me as it is my view of remarriage, it is a pity that is the reason why Torp nourishes and carries on such an intense hatred against me and the Heavenly blog!

How is this possible? Well, here it is obviously a man whose abilities to deceive, manipulate, tricks, stage, play a game and lie like a criminal. Pray that Torp are revealed once and for all, even Hitler was "legal" chosen if he was a man of power and psychopath. So that society "protector" also thugs there is nothing new. Is a clever with words, numbers and knows how to fabricate lies, then the vast majority wondered somehow, unfortunately!

But when everything comes up and forward, and in the light. Then becomes a fast undressed and exposed, like here.

When I have almost stood alone against Torps disciples, whom he has encouraged and got to speak when he tier, then the whole matter absurd!

Pray dear friends, and do not believe all the lies that you are served through other websites and newspapers, everything is fabricated and designed to discredit and take me. Why? Because I have held forth the truth and the word of God! Here there is nothing new under the sun!

Open letter to the police since they accuse us of not documenting Torp and his disciples that they write openly lies and shit against me and my family!

Recent inquiry to the police since they say we have not documented anything, but I have sent at least 50 e-mails to them and they have not done anything for the family Christensen:

How long will they have a hold on without you doing anything?

Here, I again accused of the following: "Jan Kåre Christensen is a narcissist with a troublesome behavior that harms everyone around him. In addition to that he earns in a very dishonest way. We think it is our duty as law-abiding Christians to try to stop his crime and deprive him opportunities to defraud good Christian people for money and Christian faith. "

Torp is as seventh Far in the house!

It was Torp who first came with these words and I took advantage of other people, something I've never done. I and my wife have always been in regular work and earned our money though, and say that we are living other a lie. But it is the seventh Father "house" that first came with the allegations now his disciples repeat again and again!

I have only a "defense", it is to write on your blog that you want to be punishable, it's insane. There are at least 10,000 hatmeldigner online against me by Torp and his disciples as you ignore, but I hope this will be greatly be discussed in the Court of Appeal when we consider that this judgment against me is false and staged by Mister Torp.

Some words about Pastor Torp
On January 26, 2016January 26, 2016 Smyrna Church in Oslo
It looks as if the judge in the trial against nettrollet Jan Kåre Christensen believes that this blog is a pastor Jan Aage Torp friendly blog.
It is not correct.
We are not allied with Pastor Torp. We have never had any contact with Pastor Torp, neither I nor our pastor Abraham Fjeld. We do not ignore that the members of our church have had or have contact with Pastor Torp. It gets the answer for yourself. But it has never been contact between Smyrna church and pastor Torp.
Our disagreements are numerous. We do not allow gjengiftede individuals access to our church and we try to have the least possible contact with gjengiftede individuals in society around us.
But we condemn nor pastors Torp. They were married a long time ago and it has run a lot of water into the ocean in that time. Should we have said something, we should have said that when the two married. We did not and that's it.
We therefore have nothing against the couple Torp. We are not particularly friendly against them. Smyrna Church believes that the Bible is more important than people and we've had some fun with Pastor Torp and his ego with mocks sarcastic commentaries on him when he has risen higher than the Bible. Pastor Torp manages certainly well without us and we manage ourselves well without him. Oslo is big enough for both churches.
Our concern with Jan Kåre Christensen is that his business is a criminal activity. He steals money in east and west. He does not live a Christian life and he destroys us Christians their good name and renome. Jan Kåre Christensen is a narcissist with a troublesome behavior that harms everyone around him. In addition to that he earns in a very dishonest way. We think it is our duty as law-abiding Christians to try to stop his crime and deprive him opportunities to defraud good Christian people for money and Christian faith.
It is our motive in this case. We are not pastor Torp its allies and we have no poodles. We are a church on Oslo's westside. And that's all.
Arne Ulf Breen Smyrna Church