No. 1116: So is the appeal delivered! Dear troms siblings, ask that this appeal goes through so that the unjust and detestable from the District Court does not stop!

No. 1116:
So is the appeal delivered! Dear troms siblings, ask that this appeal goes through so that the unjust and detestable from the District Court does not stop!

Pray that eventually becomes Jan Aage Torp convicted of false accusations against me.
Ansgar Braut and Torodd Fuglesteg being punished for its madness!

Pray that the appeal be upheld and that Brynjar Meling their support steps letter will be granted so that it becomes an entirely new case in the Court of Appeal where it appears that everything is false accusations by Jan Aage Torp's side against me when he hates my preaching that remarriage is not permitted for Christian people the Word of God!

Picture of me and wife who really gets ignored by the police, which does not at doing their job right, correct and objekivt. 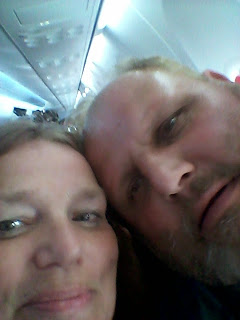 For me, the more I read the ruling of the court, so I am more and more disagree, dissatisfied and it is incorrect! If the ruling stands, then we face the all-time justismord here in Norway!
Everything is wrong in the judgment, therefore it is so tremendously important that it is being appealed. And what is "right" in the sentence, the judge considers to be criminal, it is pathetic and ridiculous. Let me give an example, could leave many others.
It says in the judgment: "Moreover, he posted a photo of a pig with wings, and written that" Image of pigs that are aiming for what people call a person who marries a woman who could be his daughter. This is just a Illustrative image in a relationship where one calls someone for being a dirty old man, but this is only an illustration image. Although pigs can see the "saints", but a pig is a pig! ". The abovementioned characteristics of mentions of Torp is taken from a larger text entry which is about Torp and various biblical themes. "
This is so striking and well, Torp sat in court as "Pastor" and held in the hand of a woman who was so unnatural and artificial that may have remained.
Torp is divorced and re-married as the Bible says is adultery, fornication and sin. And she that he is doing looks absolutely horrible out. I let out a picture with pigs have wings, it is appropriate for the life that "Pastor" Torp doing. Is this a criminal offense? Ridiculous!
For publication of this picture, it is a criminal offense, he-he! Ridiculous judgment really when one knows that Jan Aage Torp's mention of me is ten times worse! And takes with all Torps friends, supporters, disciples, Laker and poodles or whatever they call themselves. They are ten times worse than Torp. So here are a hundred against one, not least ought to several of those have been punished for their hatmeldigner against me. At least three pieces that hold the "level!"
Final Comment:
10,000 hatmeldigner welcomed me - this will have to be substantially in the Court of Appeal if the judgment of the district court is the basis for it all!
I guess I've 5000 hatmeldigner against me that we should put forward in the High Court if the appeal is upheld. There are now over 10,000 hatmeldigner against me from Jan Aage Torp and his supporters. I just put forward some here, just a small cross section.