No. 1105: Now, Jan Aage Torp begun to see "visions" that I radicals him for Satan, but there are others who do!

No. 1105:
Now, Jan Aage Torp begun to see "visions" that I radicals him for Satan, but there are others who do!

And trust Torp on the corrupt and rigid site Searchlight? Then I realize that he can get to a lot that are not consistent with either the word of God or what I have spoken and written. For the website warps and changes things all as appropriate. But they stand completely with Torp in the fight against me and call me all sorts of profanity and everything between heaven and earth of lies, fables and fabricated lies!

Just what they allow comments should all understand that here we have a website that is a crime and moving completely, the very limit!
No people is Satan or demon. But we as humans can come under control of such spiritual power, which quite obviously some are.
Image of Satan that no people are like, but through his demons so all men are more or less affected by. Especially those who turn to sin gjengiftede preachers do.
Efes. 2. 2 that in time past ye walked according to the course of this world, according to the prince of the air, the spirit that now worketh in the children of disobedience 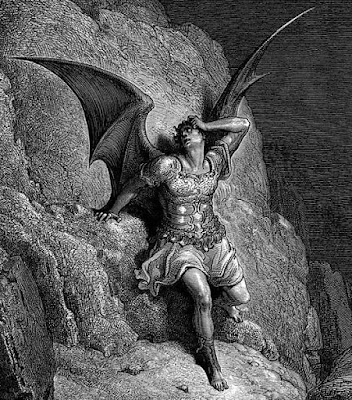 Jan Aage Torp call me for wanting liar, and many other things. Blue. for the following:

Moreover writes Torp that I'm dirt, stalker, totally unintelligent, a Nolde "hat blogger", idiot, demon, desire lies, vile blogs, outcasts who lack the mind of Christ, ordinary judgment and social intelligence. The rumors JKC and the truth is his understanding of English and Norwegian rather limited too!

One should probably be able to call it a variant of social-pornography "+ Much, much more!

This writes Jan Aage Torp on his Facebook page on January 2 and I do not know where he got it from? I have not called him Satan, but others have since made it. And say that I do it, is just one of many lies Torps:
2016 has started as 2015 ended: The "blogger Pastor" Jan Kåre Christensen writes today that I am like "Satan".
(End quote).

Final Comment:
It's not nice to be lied to and acquired opinions and viewpoints that enough is correct in one sense, but I've never said this. I do not think Torp neither Satan or demon, but that has its source there from, it's pretty obvious!

But when you live such a careless life on the moral as Torp do with being re-married as a believer, he is under this scripture in 1 Tim. 4. 1:
"But the Spirit says with clear words that in the coming times shall certain fall away from the faith, as they adhere to seducing spirits, and doctrines of devils."
Yes, Torp is not a demon or Satan, but he sticks to seducing spirits, and doctrines of devils with the life he leads. And we know that he was a rebel and filled the darkness before he was saved. Going so against God, then the demons come seven times stronger over him if he does not adhere to the Lord. Something January Aage Torp has not done at all. When scripture says about such as him the following:

Luke 11 24 When the unclean spirit is gone out of a man, he walketh through dry places, seeking rest; and finding none, he saith, I will return into my house whence I came out of. 25 And when he cometh, he findeth it swept and garnished. 26 Then goeth he, and taketh with him seven other spirits more wicked than himself, and they enter and dwell there, and the last thing gets worse with the man than the first.

Torp is not a demon or Satan, while his source is there. Hence the miserable life and the haughty demeanor!