Nr. 570: Searchlight write about me in a tone of you, curse and so superficial and misleading that it must be characterized as malicious, nasty and deceitful! Part 1

Searchlight write about me in a tone of you, curse and so superficial and misleading that it must be characterized as malicious, nasty and deceitful! Part 1

I think the Apostle Meeting in Jerusalem, where one discussed. But it was an honest and biblical basis, not as Searchlight and Andersen. Malicious and with bile and bitterness. Picture of Jerusalem 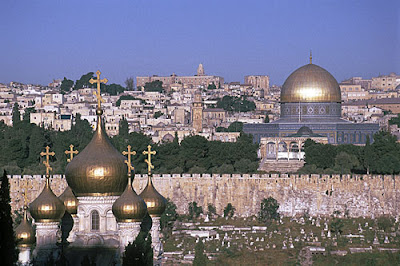 Searchlight by Kjell Andersen writes an article that he's heading: "Jan Kaare Christensen, bulldozer, waltzing down God's servants in the two agreed the name of God."

I do not mind to be in focus, but this is not the focus. But you, curse and so superficial and misleading that it must be characterized as malicious, nasty and deceitful!

I have my opinion, his confidence and opinions. And I stand to be said against, challenged and must be accountable for what I believe in and teach. But this spotlight that comes with is to chop the head of one, but he had defended themselves and get to. There is nothing of what I teach, why I believe what I believe and anything that is to convey what I stand for and teach.

This is just to say one thing though. It's like I'm writing the headline: "Searchlight write about me in a tone of you, curse and so superficial and misleading that it must be characterized as malicious, nasty and deceitful,".

I never throw out statements, opinions and points of view without trying to explain it. And I have possibly explained the poor, so I do not try to come up with new oaths and curses. And scare people and create fear Kjell Andersen and Searchlight does. I wrote example. an article: "No.. 630 Christian Norway are managed by a bunch of devils! ". It got pepper. Then I got such this feedback: "Hello - and thank you would answer me yet again!

After reading the log you refer to, where you elaborate what you mean by that devils govern the Christian activities in Norway, I have gained a much better understanding of your speech. How can you formulated in the first blog, I think more of me was left with the impression that it was the Christian leaders, that people, as you mentioned as devils. This got me to react spontaneously and respond to you immediately. ».

When I wrote two papers afterwards to elaborate on what I meant. And that one should know that I do not attack people, but the learning, life and the spirit behind their life and ministry.

Kjell Andersen and Searchlight come up with just a regurgitation, oaths and curses. They are trying to frame me, without giving readers a reason for why I'm a heretic, and other nonsense and nonsense they come up with. They are evil with intentions that are not from God, but their own flesh and impure mind is Satan working tool # 1 among us humans!