Nr. 344: What is the greatest heresy to believe in Jesus only doctrine or the doctrine of the Trinity?

What is the greatest heresy to believe in Jesus only doctrine or the doctrine of the Trinity?

2 John. 9 Whosoever turns into the wrong hands and are not in the doctrine of Christ, he hath not God: he that abideth in the doctrine, he hath both the Father and the Son.

Both Trinitarian doctrine and Jesus only doctrine is as unbiblical in their own way, the word of God speaks directly against both the teachings as unbiblical. We have a Jewish faith, not a Hellenistic belief and from other occult ramifications. The ancient Greeks also believed the flerguderi directly against the word of God that speaks that there is only one true God, the Father. Our Elohim, Adonai, Yahweh, Jehovah and other descriptions. And Jesus is not God, but our Lord and Savior and mediator between us and God the Father. The way to the Father is through and through him, no other Hallelujah! 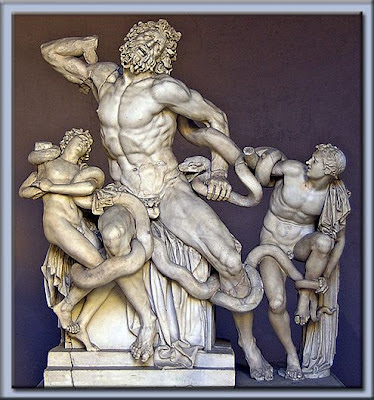 What is the greatest heresy to believe in Jesus only doctrine or the doctrine of the Trinity? Both are teachers, or heresies about God because none of them speak the truth about God. Jesus only doctrine teaches that Jesus is both Father and Son, which the head is not biblical coverage. And the Trinity claims and believe that three Gods or three persons are three Gods are one God, a mathematical impossibility and completely unbiblical idea.

Being in God is to remain in teaching. To believe and teach the right, is crucial. Both trèenighetslæren and Jeus only teaching error, and cardinal mistake with them both is that they teach that Jesus is God. Jesus is not God in the true sense, it is only and only God the Father is the only true God. Jesus is our Lord and savior, not the one true God.

John. AD 17 3 And this is life eternal that they might know thee the only true God, whom thou hast sent, Jesus Christ. 1 Cor. 8. 4b When we know that no idol in the world is, and that there is no God but one. 5 For if there are also so-called gods, whether in heaven or on earth - for which there are many gods and many lords - 6 However, it is for us only one God, the Father, by whom all is, and we to him, and one Lord, Jesus Christ, through whom all is, and we by him.

Jesus is not God, but human

1 Tim. 2. 5 For there is one God and one mediator between them before God and man, the man Christ Jesus

Jesus is not 100% God and 100% human as the Trinity claims. And Jesus 'ceased' to be until after the resurrection, Jesus teaches only because he was the Holy Spirit. And other weird and unbiblical teachings they hold to. Jesus is and was the Son of man who did the Father's will. And he could have been disobedient, but he was obedient unto death, and he was tried in every way as us and yet without sin.

What does Jesus only movement?

What is the Trinity doctrine?

Jesus was the last Adam and the new man

To understand the difference and why Jesus could not possibly be God in the true meaning and significance. So we can learn much from Rom. 5. Want to take some lessons from there, showing us that Jesus had a will, and it was human in the sense that he had to think, resonate and act just like us. He could have been disobedient, but was always obedient. Had he not been able to sin, then it would have been meaningless that he had been a man of flesh and blood, he could have sinned. It teaches the writing.

Final Comment: There is much to say here, but in many ways it has not the Christians by and large, all taught right and true about God, Jesus Christ and the Holy Spirit since the Catholic Church was "supreme" on 300's. And then, unfortunately, a "count" with a lot of delusion!