By Pastor Anders Helge cleanup in Evangeliekirken in Arendal, his picture below 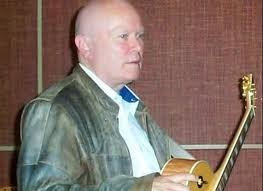 The notion of an eternally burning hell where lost human souls writhing in pain and torture through all eternity has created both anguish and problems for many Christians. It should not be ignored that some passages - or rather translations - apparently supports this view. It is difficult to reconcile such an interpretation with biblical account of a just and merciful God who judges people by their deeds. Let us examine the problematic verses.

The first thing we should note is that both Matthew 25, Revelation. 14 and 2 Thessalonians 1 uses the Greek word "aion" (in different grammatical inflections) of "forever." This means "long", "eternal", "something that never ends," but also "time-span", "life", "generation". The term "aion" is therefore used both for a limited time and for an unlimited period, "infinity". The word is used in other words, unconditional on "forever" in the sense of something that never ends. In Revelation. 14,11 used the phrase Aion aionon (forever and forever), and in Revelation. 20,10 used Aion ton aionon (the eternities forever) for the right to emphasize that the punishment is eternal. It can not be undone in the eternity of eternities.

It is not really the word "eternal" that creates problems. It is the word "torment" that causes anguish. Let us examine this expression. Matt. 25, 41.46 - "Eternal fire. . . Eternal torment. " In the original Greek text reads as follows: "the eternal fire" (v. 41) and "they will go away to these eternal punishment" (v. 46). In the Norwegian Bible says "eternal torment" in v. 46, but in the Greek text reads "kolasis", which means "center", "torture". The word can thus mean "torture" but can also mean "punishment." Which option best matches the image of a just and merciful God? God tortures people? Revelation. 14.11: "The smoke of their torment goes up forever and ever." Basic Text, "the smoke of their torment their". It uses the Greek word "basanismu" for "torment". It means "torture", "torment", "nuisance", and according to Greek dictionary it says in Revelation. 14,11 in the sense of "eternal damnation." 2 Thess. 1.7 to 9, "eternal damnation." Greek: "Those who shall suffer punishment, an underpass forever." The word "punishment" is "dike", which means "right," "justice," "judgment," "the exercise of a judicial decision." The word "destruction" is "olethron," which means "destruction", "destruction", "doom". 2 Thess. 1.7-9 is the key to these problematic verses in the Bible: "The punishment they will suffer the eternal damnation." Paul says here that the wicked will suffer eternal destruction, destruction, destruction - that the punishment they suffer an eternal damnation , eternal death and destruction, not eternal torture. The sound reasonable, and practice non-violence in God's character. It is in this light that we must understand the other verses. It is easy to interpret it difficult. In Matthew 25:46, it says "eternal torment", also means "eternal punishment". This meaning is also consistent with Paul. In Revelation. 14.11 says. "The smoke of their torment." You used the word to mean "eternal damnation", which is also consistent with Paul.

Let's look at Revelation 20.9 of the wicked: "And they went up over the broad earth and surrounded the camp of the saints and the beloved city. But fire came down from heaven and devoured them. "Word" consumed "is the Greek" katephagen, "which means" swallow "," consume ". The wicked are simply consumed, destroyed in a fire that destroy both soul and body, as Jesus says.

It says the Ezekiel plainly that Satan will be consumed and turned into ashes. He is destroyed and disappears, "disappear" forever. The Hebrew word used here for "eat" is "Akal" which means "burning up", "consume". As we saw in Matthew 25:41, they lost people go away ". . . The eternal fire prepared for the devil and his angels. "Since the devil is consumed and turned into ashes, it is reasonable that the lost who go to the same fire, suffering the same fate. They are also consumed and becomes ashes. There is a total destruction, and as we shall see, is also the soul destroyed in this fire. It is neither root nor branch left, says the prophet Malachi: "For behold, the day cometh! It burns like a furnace. When all the proud and all that do wickedly, shall be stubble: and the day that cometh shall burn them up, saith the Lord of hosts, that it shall leave them neither root nor branch. . . . And you shall tread down the wicked. They shall be ashes under the soles of your feet on the day when I act, says the Lord of hosts "(Malachi 4,1.3). The wicked will burn up, says Malachi, and there is no root or branch back, ie nothing. They turn into ashes, he says. They will be destroyed.

"Then the LORD rained upon Sodom and upon Gomorrah brimstone and fire from the Lord out of heaven. He overthrew those cities and all the plain, all the inhabitants of the cities, and all that grew on the ground. . . . Early morning Abraham went to the place where he had stood before the LORD, and he looked toward Sodom and Gomorrah and all the land, and, behold, the smoke rising from the land, like smoke from a furnace. How it happened, when God destroyed the cities of the plain, that God remembered Abraham, and sent Lot out of the midst of the destruction, when he overthrew the cities in which Lot dwelt in "(Gen. 1 19,24.25,27-29). ". . . Even as Sodom and Gomorrah and the cities around, like in the same way as these fornication, and going after strange flesh, and now is an example of our eyes and suffer the punishment of eternal fire "(Jude 7). Basic Text: ". . . Been set up as an example, ilds suffering eternal punishment. " Again, the word "dyke" for "punishment" and means that before mentioned, "right," "justice," "judgment," "the exercise of a judicial decision." Ancient cities of Sodom and Gomorrah were completely destroyed by fire, an "eternal fire, "says Jude. Again, the Greek word "aionu" (the root word "aion") used. What do as apostle with this expression? Sodom flames are long extinct, and the areas in which these cities were, now lies on the shores of the Dead Sea, or under water. It can not be about "eternal fire" in the sense that it burns forever. But as we have seen, also the word "aion" means a "limited time." Because the flame is extinguished long ago, is it logical enough to interpret the word in this sense? The "eternal fire" burn as long as there is nothing to burn. When everything is turned into ash, extinguish the fire.

None of us would choose to serve a God who allows lost people agonize in pain forever for the sins they have committed in a short life here on earth. A man who has lived for 70 years here on earth, in other words tormented anguish and pain in billions of billions and billions of years-forever in eternal hellfire? How has God's grace, mercy, compassion, justice and love all the way? Is this a joy for the families that have been saved? Will those who believe in eternal torment answer what kind of God we are dealing with? Imagine if you were on the new earth, while your beloved children, or friends, family, etc. were gone lost. Would it be a joy for you to know that God tortured, tormented and tortured loved ones in hell for all eternity? Of course not! Maybe you are having heard the desperate screams their thousands of years, implored God to let them escape. And would God respond when he obviously would not let them escape, but they were lying there in pain through all eternity? What is this picture of the biblical God so loved the world that he gave his own Son nailed to a cross like a criminal for you and me to be saved? There are many people who have renounced God and would not have anything to do with him because of this terrible heresy. Their logic and common sense told them the image of God, the eternal torment popular preachers served, did not fit properly, so they bade farewell to such a God. But our God is not so. He is a mega-torturer that plagues and torments people through eternity of eternities. Did you find this sound reasonable? Fortunately this is not the God of the Bible portrays. He is full of compassion for his creatures. How could he give his only begotten Son to save people from sin and damnation, but the torment and torture lost people through all eternity? God is just. It is then explicitly in the Bible that all may be judged and punished according to their deeds. Is it a just God that plagues and torments people for eternity for what they've done in a short life? Do you think this is an accurate picture of the compassionate Jesus who gave his life for you and me? Of course not.

Is the love of God more than human love? Or is human love greater than the love of God? The answer is simple enough: God's love is the greatest of all, it surpasses any sense and any description. Just read John 3:16. Now let me ask a question. If a man had a child who died without having accepted Jesus, the parents would have plagued and tormented this dear child forever? The desperate screams, pain, suffering through all eternity, without delay-would you give your children such a fate? And here you will answer Oh no, no, how can you believe such a thing? But then the love of parents for their children greater than God's love for mankind! The parents would not do that to their loved ones, but God, whose love for his creatures surpasses all understanding, will thus make it? Is there something amiss here? The Bible portrays not our Heavenly Father as a supertorturist, but rather as a merciful and just God, full of mercy and compassion for his creatures. Will the righteous judge a child who has stolen 50 cents to death or to life imprisonment? Another thing: If the wicked are in hell fire and tormented for eternity, they have the one conscious existence! They feel pain and despair. Then they have the eternal life! A miserable life is enough, but yet forever! Is this what the Bible teaches?

The wages of sin

But some will argue: It is true that the wages of sin is death, but it's a resurrection from the dead on the Day of Judgment, and then all get their reward - either eternal life or eternal torment. But this has been answered in the above analysis makes it clear that the wicked reward is eternal destruction of both body and soul, that eternal death. This is the ultimate consequence of sin.

Let me summarize it this way:

1 There are few places in the Bible that the wicked are "tormented" forever.

4 Thus, it appears that the there are contradictions in the Bible. but it is not. We should however interpret the difficult passages from the simple, and Paul makes it all clear. It is punishment, ie hell is eternal, not the physical suffering. Hell is eternal in the sense that both body and soul to the wicked who perish, are destroyed and there are no more forever. The doctrine of eternal torment is completely out of harmony with the Bible image of God, then is not what the Scripture says, when you go verses in detail, and it must be done in such difficult things. It is strange that parts of Christendom are doing such a terrible heresy and misrepresented God in this way!

5 The wages of sin of the wicked is death and not eternal life in torment and pain of hell fire. "For the Lord is compassionate and merciful" (James 5,11). "The Lord is merciful and gracious, longsuffering, and plenteous in mercy" (Ps. 103.8). "For I have no pleasure in someone to die, saith the Lord God. So repent ye, and ye shall live "(Ezekiel 18.32.) The Christian God is not an eternal torturer, but a just and merciful God.