No. 1110: Vebjørn Selbekk chief editor and the newspaper's Day lie and do not understand what this case is about all! They are blind who leads others blind!

No. 1110:
Vebjørn Selbekk chief editor and the newspaper's Day lie and do not understand what this case is about all! They are blind who leads others blind!

Selbakk write that I'm a web roll - but a Christian such. We know that trolls are often both dangerous and stupid. They live in inaccessible and untouched nature, such as in caves in the mountains, forests and oceans. But this is as far from me as possible, I live certainly as good as possible to stay in Norway's land? And that my address is open. I see both the King and Holmenkollen from the roof, so I live so central it is almost possible to live in this vast country. It must be that Selbakk not so steady in Asbjørnsen and Mo or Norwegian fairy tale? I do not know, but what he writes is nonsense and fjolleri about me! 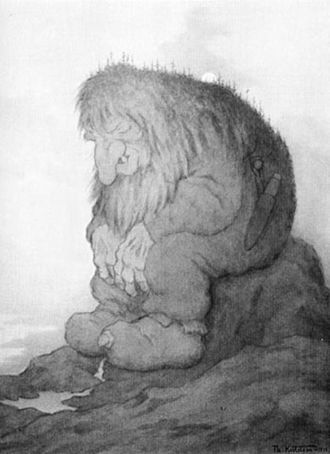 It looks like the various Christian newspapers turns to write shit and wrong about me, and they do not understand what the fuss is about!
Now the newspaper Vårt Land fortunately began to understand and comprehend things, not least because that they have entrusted some lawyers Brynjar Meling and Jon Wessel-Aas get the word.

The real nettrollet is not me, but Jan Aage Torp and all his supporters and standing on his side in this matter!

Brynjar Meling then so aptly in court. This quote is from VL:

Defender Meling also spent time asking out Torp what he had called for Christensen. Torp admitted that he also had called him for a Anders Behring Breivik sympathizer, something Meling made a point out of the final procedure:

- I'm aware of what I would have preferred to be called for the whore buck or Breivik sympathizer.

What then writes this «needle» vebjørn selbekk? This he writes about me:

Most people will probably perceive Christensen as a kind of Christian web roll.

But then writes the same Selbakk this in the newspaper next day:

The court had partly hear about a friend of Christensen who should have given 1.5 million kroner to Torp but since repented. Torp even admitted by the way in his testimony that he, too, on their websites have called Christensen both "bright liar," "stupid," "rumor spreader," "naughty", "wicked and stupid" and promoter of "social pornography"

Here everything is turned on the head, it is thus Torp who calls me for the following:

"Should they wanted a" desire opponent ", then Jan Kåre Christensen" perfected ".

Moreover writes Torp that I'm dirt, stalker, totally unintelligent, a Nolde "hat blogger", idiot, demon, desire lies, vile blogs, outcasts who lack the mind of Christ, ordinary judgment and social intelligence. The rumors JKC and the truth is his understanding of English and Norwegian rather limited too!

One should probably be able to call it a variant of social-pornography "+ Much, much more!

Vebjørn Selbakk has very little credibility in my eyes. He has come from the very extreme school of Ulf Ekman - continue as editor of the Magazin. Was editor and now editor in chief of the newspaper the day when he allowed himself to be baptized children and have gone to "top" and is now the supreme leader and guides the ship. As with compromise here and there, and he also fits as perfectly with the false prophet Jan Hanvold. Yes, really anywhere.

He calls me ugly things, but prefer not forward that it is Jan Aage Torp as real use those ugly words. And it was he who reviewed me and managed to mislead the police and that is an adulterer!

Here everything is turned on head, and I stand for God's word. I intend to do also in the future. Here there is no change. That one is called for so much crap, both of Selbakk and Torp, it seems like they have a common agenda?
It's stopping me and the Heavenly blog?

But it seems more than trying to stop me and the Heavenly blog, it seems just counterproductive!

Vebjørn Selbakk, you're wrong, and lying, I'm no web roll. I am a God Endt witness who fortunately unlike Torp and others live as I preach. Holding forth the word of God, and never switch off a little here and there to fit!

Isaiah 5 8 Woe to you who add house to house and field to field, till there be no place, that they may be placed alone in the country.

But it is clear, can than not stop a person. So speaks a derogatory about one. The last person in Norway who are net roll is me, I'm standing up with the name, address and the whole package. The real nettrolene who have tried to break me and my family, they mention he's not even a word.

These words -Selbekk here writes, he's sure to have tiny in itself! It is the portion of the Lord's servants have received it, Amen and Hallelujah!

Isaiah 54. 17 No weapon that is formed against thee shall prosper; and every tongue that contended with thee, thou shalt condemn; this is the Lord's heritage of the servants and their righteousness is of me, saith the Lord.