Here from the judgment of Oslo District Court against me:
Moreover, he posted a photo of a pig with wings, and written that "Image of pigs that are aiming for what people call a person who marries a woman who could be his daughter. This is just an Illustrative image in a relationship where one call someone for being a dirty old man, but this is only a
Jan Aage Torp?

This is ridiculous and so bad it might have remained that this is taken into a serious judgment in a free democratic country as it remained. 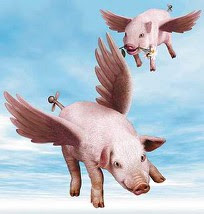 I have written that the police at Manglerud behave like they were in Korea's or Saudi Arabia in my estimation. But the District Court is worse in my opinion when they say it is an offense to publish this picture, ha-ha!

Torp has made 10 times worse guardian against me.

Taking with his "allies" what they have come up with. So they actually surpasses Torp 10 times. So here it is so horrible it may have remained in my estimation judgment in court against me! This is when the least harmless image.

A satire image if one is offended by this, as is one that the Muslims? 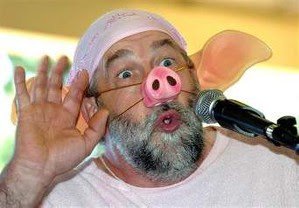 If not worse? Under cartoon controversy 10 years ago when they were furious over pig picture from a French grillparty party which was the picture that made the Muslims most incited to fight against us in the West. The same repeats itself now here in Norway, he he!