No. 1101: The same lie-demons that seemed to Reinhard Bonnke thirty years ago seems today he alleges he is still the same lies!

No. 1101:
The same lie-demons that seemed to Reinhard Bonnke thirty years ago seems today he alleges he is still the same lies!

Background for this I write here is thirty years back in time. First time I heard about Renn Hard Bonnke was in 1985 and has also heard him Live at OKS. Already when I said that he is overrated and not with the living God. Then he kept on with this heresy that God's word was equally strong in his mouth as it was in Jesus' mouth etc. And now, thirty years later, it is as bad, if not worse! There are false prophets, and wolves in sheep's clothing that actually all current Pentecostal charismatic movement is becoming more and more influenced by. And that's been the majority within its this so-called Christian direction.

I heard he preach about kl. 12:00 on Good TV Saturday 2 January 2016 so that it is clear which speech it was. And the speech was awful and bad.
This is not gospel, but deception, delusion and more New Age-like than most realize. Therefore I must warn EMBRACE TODAY PINSE CHARISMATIC CHRISTIANITY PREACHING!

I took my time and so on Gods Channel where Evangelist Reinhard Bonnke preached from America. It was from Kansas Missouri and a lot of people were gathered.
This fits perfectly in today's Pentecostal Charismatic Christians:
"Taking the life-lie from the average person, taking the actual happiness of him with the same". Those famous words is a line from Ibsen's "VILAND" from 1884, the words are just as relevant today. The fact is that really the whole Pentecostal-charismatic movement has entered a disability who is this Jesus here says:

Matt. 24. 11 Many false prophets will appear and deceive many. 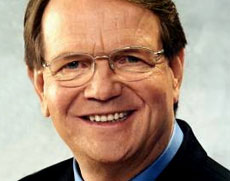 What did Evangelist Reinhard Bonnke that was so bad?

He told that there was a minister who ended his sermon and that did not come the next day. It gave a "special" opening for whom? Yes, correct themselves the "big" Reinhard Bonnke.

1) parser that interpreted him completely "eliminated" and began to speak anything like animal noises said Bonnke. This is how I see it nothing demonic activity. On the day of Pentecost they were filled with the Spirit, they praised God, it did not come out animal sounds, and more.
See here for what baptism of the Spirit and fullness created at Pentecost:

Acts 2. 1. When the day of Pentecost came, they were all together in one place. 2 And suddenly there came from heaven as a powerful wind blowing, and it filled the whole house where they were sitting. 3 Tongues as of fire appeared to them, shared and it sat upon each of them. 4 And they were all filled with the Holy Spirit and began to speak in other languages ​​as the Spirit gave them utterance.
5 In Jerusalem there lived devout Jews from every nation under heaven. 6 A large crowd thronged when they heard this sound, and there was great confusion, because each one heard their own language being spoken. 7 Frightened and surprised, they asked: "Are they not Galileans, all these who are speaking? 8 How then can each of us hear his own native language? 9 We are Parthians and Medes and Elamites, people who live in Mesopotamia, Judea and Cappadocia, Pontus and Asia, 10 Phrygia and Pamphylia, in Egypt and in Libya area against Cyrene, and migrants from Rome, 11 Jews and proselytes, Cretans and Arabs - we hear them speaking about God's great deeds in our own tongues! "12 They did not know what to believe, and confused, they asked one another," What is this thing? "13 But someone made fun of them and said: "They have drunk himself drunk on sweet wine."
14 Then Peter stood up with the eleven. He raised his voice and spoke to them:
"Men of Judea and all you who live in Jerusalem! Notice what I say, and listen carefully to my words! 15 These people are not drunk, as you suppose. It's only the third hour of the day. 16 But this is what was said through the prophet Joel:

17 In the last days, God says,
I will pour out my Spirit on all people.
Their sons and daughters will prophesy,
the young will see sight,
and the old shall dream dreams.

18 Even on my slaves and slave women
I will in those days pour out my Spirit,
and they shall prophesy.

2.) God said to him that they arrange that was in his mouth was as strong and powerful as when they were in Jesus' mouth. This is exactly the same as the Pope says just in a different way, but equally unbiblical and as blasphemous.

Why? Because we are not chosen by Jesus as holy and pure as him. He is the Son of God, in him dwelleth all the fullness of the Godhead and he has the Spirit without measure. We can not in any way compare ourselves with Jesus as Bonnke and the Pope does, this is nothing else than a huge, huge arrogance and total ubibelskt.

3.) Immediately afterwards as saying after Bonnke's reputed that Satan said the following to him: "Think if this does not work."
First then "speaks" God, Satan. But notice who speaks what? Satan is speaking to Bonnke what is truth, while God speaks lies. In other words, here turns Bonnke everything upside down, and in reality it is Satan who speaks to him constantly, not God. He is deceived, mislead and a false prophet.

4.) Meeting ended with a rock concert where it was I think punk rocker who had a seance with his hippie appearance and long hair.

5.) This is not true Pentecostal revival, but demonic activity!

Final Comment:
I believe in tongues speaking, healing, worship and all that. But here it is a powerful seduction.

We had a meeting yesterday and went through Jude. Here is a small excerpt in from my commentaries Jude:

12 They are spots in love meals with you; where they participate without fear. They are shepherds who only provide for themselves, clouds that operates the wind without giving rain. They are trees without fruit in autumn, twice dead, yes, torn up by the roots.

One of the most serious thing one can do is to make mistakes with the sacrament.

Whether to take lightly. That day one taking the sacrament must never be any obvious sin in your life, then it is infinitely better to let the weather.

Or so one must not ascribe sacrament unbiblical meaning by saying that there is salvation in it or that this is literally Jesus' blood and flesh. It is a memory and try meal.

There are many who think they are supporting the cause of God and God's church but then keeps a life in the false prophets. This Lord will one day that you will be accountable for.

In reality, many spiritually dead if they can quote a Bible verse and sit in his own studio for exhibition out his own message which is appealingly liked bible true message. Twice died when all hope is gone and only the verdict and death await.

13 They are waves in stormy seas, foaming up their own lasciviousness, stray stars, like the eternal darkness waiting.

The judgment of these people had not been so catastrophic they had collected himself and not mixed God into an erroneous way of life.

The strangest I see are people who curse God they say does not exist. They make matters worse by mixing him into their lives. God demands full respect and recognition of everything he stands for, or you need to let the weather having something with him to do.

Jacob 4. 5 Or do you think it's empty words when Scripture says: With zeal God makes demands on the spirit he has made to dwell in us? 6a But grace he gives is greater.