No. 1545: We have been guided by PBE to build a wall, and the shed is built in good faith, while PBE makes mistakes and mistakes, they still have an agenda, it is to hit us as hard as possible!

No. 1545:
We have been guided by PBE to build a wall, and the shed is built in good faith, while PBE makes mistakes and mistakes, they still have an agenda, it is to hit us as hard as possible!

I seriously believe that PBE is behaving towards us completely uncontrollably, irrationally and directly hatefully
One who has looked at what PBE is doing, writes the following:

"PBE is ridiculously unprofessional in its handling of cases.
At least it's safe!
Do not seem to know exactly what they are doing?
Wondering what they actually smoke in that agency?
Hashish or something more sedative? » 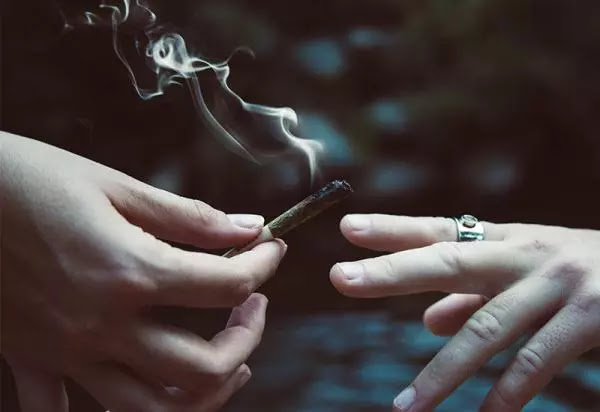 It is nothing but abuse of power and authority.
Should we align ourselves with them and remove our wall that is for the benefit of all and it is they who have guided us in building it?

As human beings, the scriptures say that we should not be too righteous.

It's obvious that we humans - all make so many mistakes.
Acting as besserwissere and superhumans as the Planning and Building Agency here in Oslo does, actually looks completely sick!
PBE makes mistakes on mistakes and we who only need a small dispensation at the far end of Oslo city, where Østmarka is the nearest neighbor.
We are treated in the hardest possible way with fines, orders and threats.
It's really bad, rigid and totally pointless.

What is also sad is that when they make a mistake, they ask for forgiveness and receive it.
While when we do the same, even if it is indirectly their fault for guiding us wrong. Then we are met with harshness, threats and what is worse.
Is it possible? Yes, PBE has that standard.
We also asked a lawyer we asked to be able to help us if we got his fee covered through the insurance, which we did not get. Then both he and we asked, he does not get involved anymore as he is not working on the case.
What does PBE, promise to do as we said, but still send dozens of emails.

Here is some of the correspondence, and what is also super rude here, they register on our property what they think is an illegality even though this is something they have guided us to.

In all modesty, I must again remind you that you must not forward emails or contact Advokat …… .. as he was taken out of the case months ago.

Is it so that his email can not be deleted from the case? If so, can you tell me what I can do to delete this email?

All correspondence with the lawyer entails unnecessarily large costs, as well as additional work for both Advokat …… .. and me.

Next email she lies and fantasizes that this she did not show.

His email has been deleted. The last two letters were actually both sent on November 12, before I received the e-mail from you to remove Advokat… ...
Due to a delay in the actual sending of the last letter, it did not arrive with you until today. I really just have to apologize.

Can you contact him and possibly arrange mtp. invoicing and further correspondence, so that this is resolved?

Take a very long time to get him out of the case, and this especially because of the cost of having a lawyer. I have also given notice of this, and the municipality has received a letter about this from Advokat in a letter dated Tor. 15.10.2020.
With best regards

I now spoke to lawyer ……, who assured me that he did not invoice you for the two letters in which he had been mistakenly put on a copy. He had only forwarded these to you, without accruing some cost for this.
Recommend contacting him to inquire about the background of the invoices.

Our last email to which we have not received a reply:

You mean, like, saltines and their ilk, eh?
First I call down and ask about how to build a wall.
Then we have to tear it down.

What now?
You're sending lots of emails wrong to a Lawyer who has nothing to do with this case.
Do not understand what you are doing?


Got someone to read through this, and here was the answer:

PBE is ridiculously unprofessional in its handling of cases.
At least that's for sure.
Doesn't seem like they know exactly what they're doing.
In that case, you should ask him to delete all emails from PBE.
Wondering what they actually smoke in that agency?
Hashish or something more sedative?

It is very possible that they smoke hashish or something else at PBE in Oslo?
For what they are doing above us is completely outside of everything that is "normal!"