No. 932: Why I do not respond or will report people who write lies and untruths about me. With the worst and ugliest karrastikker and fables!

Why I do not respond or will report people who write lies and untruths about me. With the worst and ugliest karrastikker and fables!

I do not really up through preñar ran after I became a believer and started following God's word carefully. Always experienced resistance. But simultaneously, I think I can say that by and large it all I have turned the other cheek and overlooked things were!

Photo by psychologist Jan Atle Andersen who has a teaching that goes on is not what is said, but how we deal with it is being said! 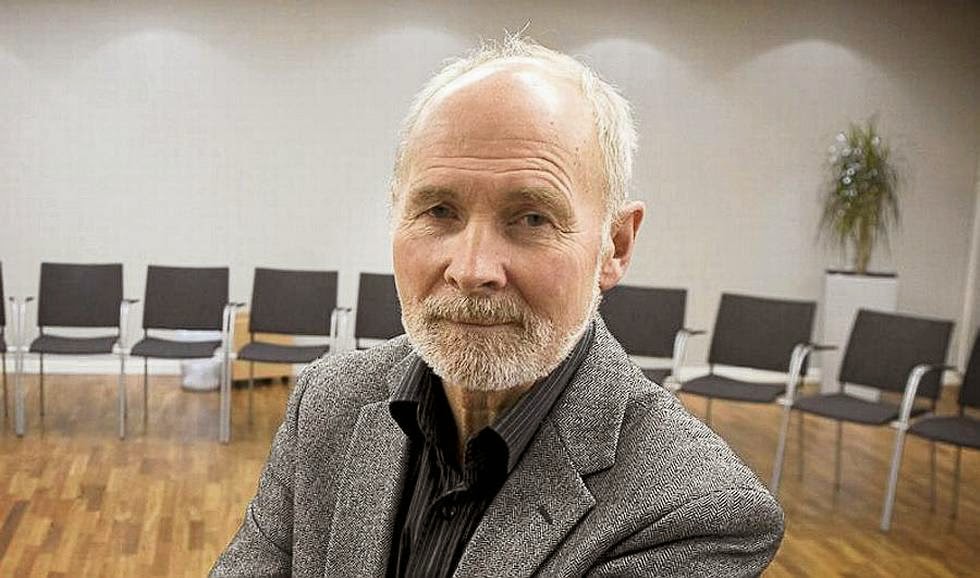 I am opposed to report people as God's word discourages this, God will "run" our cause and are the judge. Simultaneously we believers have a internal justice where we rectify such things. Then there are usually always more a spiritual conflict than what one sees with the naked eye. But as if unwillingly can review and if there are of course some very criminal acts etc.

I've heard so much about me, not least in the recent past by Jan Aage Torp and website Searchlight. Including I'm a demon, false prophet, needs treatment is retarded, has asparagus syndrome, heresies, vile blogs, like lies, soon convicted and imprisoned, stalker, looks retarded, have the treatment, dangerous, suffering from a mental disorder, lacking empathy and so much else it will take too long time to mention more.

How do I respond? I try the individual statements, and ask me, it is no substance in it. All this is mentioned here is not it, therefore I am not characterize this at all!

I've heard a psychologist Jan Atle Andersen, who is very much instructive to tell us.

What his teaching including going out is not what is said, but how we deal with it is being said!

I've heard him on P2 radio program Echoes where he has said a lot well, and have read a bit about him in retrospect. Here is some of what he has responded during an interview:

- When I get such messages, I'm glad I've learned to not let me violate words, says Andersen bt.no today.

The major points to Andersen that victims can be violating the bully.

To reduce bullying, one early teach children to take responsibility for themselves and their own reactions. Children must also learn that words can not hurt, stab or kill. To believe otherwise is pure voodoo, says Andersen.

- I had expected a lot more pepper than I got for these bogs. Surprisingly, many have given me support, says Andersen.

- What feedback did you get?

- Some believe my way of thinking is a kind of "missing link" in bullying. Some believe this is the way to think about the future, says Andersen.

But Andersen has also received harsh criticism. A teacher asked Andersen be quiet.

"Bullying leads to anxiety, depression and suicide. There is a reason that voodoo works. Use your words to encourage, assist, rose, guiding - or be silent »

- Some of the messages have been full of invective, often from people who say they have been victims of bullying. They react in affect and it is like it is the problem. They let themselves violate without've been meaning from my side to violate them. They have not learned to take responsibility for their own feelings. It is not I who irritates them, but those who irritates herself, says Andersen.

- What feedback have you gotten from the professionals?

- There is very little support. I have been accused of saying this to get around PR person. I rather think that they are talking about themselves, says Andersen.

- You've got some requests from victims who have told their story. What impression do you?

- I think that there have been so terrible many unnecessary tragedies. I answer most of those who have approached, if not too many epithets involved. My view is: If I show compassion victim, so I pickle them into victimhood. If I say they must find the way out of victimhood, so they experience it as offensive, says Andersen.

- What about those who are not able to travel out of a possible role of victim?

- The best we can do is to teach them to take responsibility in their own lives, but it's easier said than done, says Andersen.

- They let themselves violate without've been meaning from my side to violate them. They have not learned to take responsibility for their own feelings, psychologist Jan Atle Andersen

Saturday was the psychologist in radio debate with Karita Bekkemellem in connection with its initiative. The former Labour minister has previously emerged in the media and told how she was bullied by established AP women when she came as a young 24-year-old to Parliament.

- But Bekkemellem have a pretty strong story about how she should have been frozen out of a pretty snappy woman group in labor. What should she have done in such a situation?

- Short and sweet not care about what they said. People are responsible for their own emotions. I do not think it is necessarily true that the ladies of Labor was necessarily so grisly that Karita want it to. From my experience as a conflict advisor in working life, I have never experienced a situation with many villains that goes against an innocent victim, says Andersen.

- As a rule, a person who is in conflict obtained both one and two and three yellow cards before the red coming, says the psychologist.

General believes Andersen that most people being thrown out of a party or a workplace, has contributed itself to the situation they have landed in.

- I do not think jobs are full of psychopaths. When one gets collective reactions, so one has very often contributed yourself, either by act or disloyal challenged norms. Very often due to the whole lack of social intelligence, says the psychologist.

Even says Bekkemellem to BT that she reacted strongly psychologist Andersen appearance in the radio program.

- I want me frabedt that I provoked. He must endure counterarguments to his vision. Claiming that I obviously provoked is nothing else than chauvinistic hersketeknikk says Bekkemellem.

- It's okay that he said anything about my background, but I reacted strongly to the signal power in that one from his profession go out and portray it as if victims can be blamed for what they are exposed to, says Bekkemellem.

She says she has been faced with many declarations of support for their radio meeting with the psychologist.

- Facebook wall mine is full of greetings, she says.
- Makes himself a victim in life

- Generally, I think that whoever takes responsibility, strengthens itself. Whoever blames others, weakens himself and making himself a victim of life. After 26 years as conflict treat, I've yet to hear a man say "I've got myself into a conflict with someone at work. I wonder if I might have listed me stupid. Maybe I should go and ask someone excuse "

- It is always "the others" who are to blame, says Andersen.
(End of quote).

2 Cor. 6. 3 We do not give people any reason to be banished so the service be not blasphemed. 4 No, we show ourselves as servants of God in every way: with great patience in adversity, distress and anxiety, 5 under reproaches, in prison and in riots, in hard work, in watchings and hunger. 6 We go forward with integrity and wisdom, with patience and kindness, in the Holy Spirit, with sincere love, 7 with the word of truth and power of God, with righteousness weapon in right and left hand, 8 in honor and dishonor, maligned and honored . They say we are leading people astray, but we speak the truth, 9 we are unappreciated, yet recognized, we are dying, and behold we live! We are beaten, but not killed, 10 we mourn, but is always happy, we are poor, but making many rich; we have nothing but possessing everything.
11 We have now spoken outspokenly, Corinthians. You have large room in our hearts. 12 Ye have not cramped with us, it is in their own heart is tight. 13 But I speak as to children: Do return! Open yourselves to us.

What is it really apostle Paul says here? Key phrase is in the middle here:
"In honor and dishonor, maligned and honored. They say we are leading people astray, but we speak the truth, we are unappreciated, yet recognized, we are dying, and behold we live! ".

As Christians, not least as a public preachers, we must assume that this is "normal". Experiencing honor and dishonor, not everyone will like us. Maligned and honored, Jesus heard both hosanna and the crucifixion, so it probably will be for us too!

They say we are leading people astray, but we speak the truth. It will never be "in" to be a true preacher of the Word, the resistance will many times be greatest from the so-called believers.

We are unappreciated, yet recognized God recognition and pleasure is more precious and important than human praise and recognition.

We are dying, and behold we live! We die away from our own, and this world. More and more we become liberated, happy and alive. There is pain and through the pain we will experience our greatest triumphs and what lives within us is revealed and it arrives!

So never let what other people think and control you, or me. But what God's word says, and what lives in our hearts, follow you and careful to have a clear and clean conscience! Then we will have victory, even more than victory is the Lord's words and promises of the Lord to us!

Acts 23. 1. Paul looked straight at the Council and said, "Brethren, with quite good conscience I have lived my life for God until today."

Rom. 8. 31 What shall we then say to these things? If God is for us, who is against us? 32 He that spared not his own Son, but gave him up for us all, he can do anything other than to give us everything with him?
33 Who can accuse them God has chosen? God who acquits. 34 Who then can condemn? Christ Jesus is the one who died, yes, more than that, he stood up and seated at God's right hand, and he prays for us. 35 Who shall separate us from the love of Christ? Distress, anxiety, persecution, famine, nakedness, danger or sword? 36 As it is written:
For your sake we are killed all day long,
We considered slaughtering sheep.
37 But in all these things we are more than conquerors through him who loved us. 38 For I am persuaded that neither death nor life, neither angels nor demons, neither the present nor the future, nor any powers, 39 neither that which is in the high or in the deep, nor any other creature, shall able to separate us from the love of God in Christ Jesus our Lord.