No. 1134: There are demons learn and seducing spirits behind Christians / believers who are refusing to marry, and remarriage after divorce!

No. 1134:
There are demons learn and seducing spirits behind Christians / believers who are refusing to marry, and remarriage after divorce!

Catholics refuse to marry people, while Protestants engaged in a form of polygamy with permitted remarriage. What is best? What is bad?
Here one must choose between the plague and cholera.

Both are misguided, but it is after all more decency with Catholics his views who believe that marriage is a sacrament, which Protestants head either believe or practice when remarriage only winning more and more ground and entry.

Picture Paul church in Rome that I would recommend visiting the front of St. Peter's Basilica. 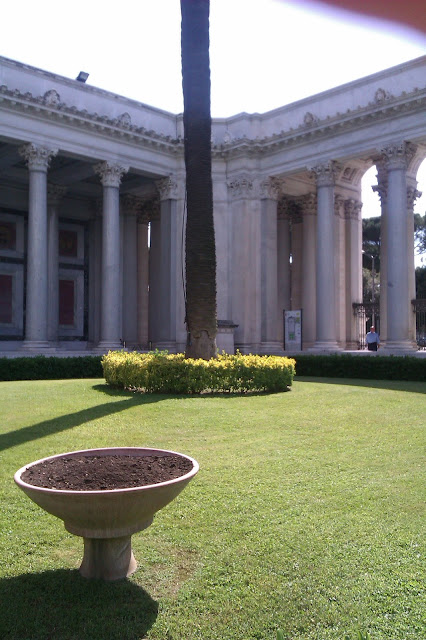 1 Tim. 4.1. But the Spirit says with clear words that in the coming times shall they fall from the faith, paying is joined to seducing spirits, and doctrines of devils; 2 by hypocrisy of false teachers, who are seared in their own conscience, 3 forbidding to marry, and commanding to abstain from meats, which God created to be received with thanksgiving of them which believe and know the truth.

There are always two trenches to fall on a road!

Catholics have fallen back one trench if one should take it rough. When they ia refuses to marry. Fathers, nuns, monks, bishops, Pope and other within its the Catholic Church has forbidden to marry. Scripture says that this is demons learn and seducing spirits behind.

Regarding Protestants, as well soon mostly allowed? And those who go ahead here to remarry, it is not the laity. But there are those who claim to be pastors, apostles, pastors, evangelists, worship leaders, singers and others in senior roles and functions. There are demons learn and seducing spirits behind this says the apostle Paul!

In other words, here is a deceived and misled Christian people if they are Protestants or katolisere. Satan has managed to plant his seed, and here is both the major groupings within its Christendom been both deceived!

What font? Scripture is really very simple and clear here. We read in God's word.

1 Genesis 1 27 And God created man in his image, in the image of God he created him; male and female he created them.

This was repeated Jesus as the pattern and ideal.

Matt. 19. 4 He answered and said, Have ye not read that he who created them from the beginning made them male and female.

Once married, no person shall be denied to marry, but only once. This is the writing clear and easy to learn.

Can a marry a divorced? No, here is the font set. If one it does, so live a self adultery and sin.

What should one do if one gets divorced? Live solitary or reconcile himself says the word of God, nothing else.

Is it a so-called "innocent" party? No, this is also what God's word says, demons learn and seducing spirits behind. No one is innocent and may remarry. We are bound while the other lives, whether we are male or female.

Final Comment:
Pentecostals are very concerned that Catholics should get a new language in new tongues, and well there. But why are they not concerned with that Catholics should be allowed and marry? This is demonic, this is errant learn, this is directly from the Evil!
But at the same time, such as Pentecostals and other Protestants practice with remarriage or polygamy as it basically is, it is also demonic, this is errant doctrine, this is directly from the Evil!

We are, in other words, faced with essentially the whole Christian world is errant because they preach and practice the word of God and Jesus says. A marriage - once - a lifetime!