No. 1128: If the verdict of the District Court against me remains there will be Norway's story is not the worst, but greatest miscarriage of justice when the counterparty here surpasses me a thousand times in verbal words and expressions!

No. 1128:
If the verdict of the District Court against me remains there will be Norway's story is not the worst, but greatest miscarriage of justice when the counterparty here surpasses me a thousand times in verbal words and expressions!

Explain the difference between the worst and greatest miscarriage of justice!

Fritz is well Norwegian history worst miscarriage of justice? But's it's guaranteed not, if the judgment against me remains. Does this sound like it has gone mad or Rabla for me, but it has not.

Image of Fritz Moen is certain Norwegian history worst miscarriage of justice, but the verdict against me is an even bigger miscarriage of justice when what I have written and spoken is like baby food up against what Jan Aage Torp and his disciples have written and spoken against me. I am 120% innocent, but Torp and his disciples are 120% guilty + more! But police ignoring consistently this. 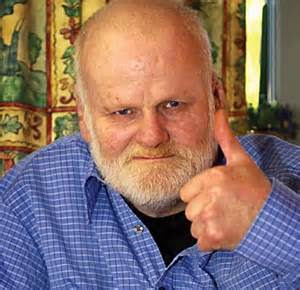 There are several reviews of this case, no less than five pieces that police ignore consistently.


I have written and spoken something which the police do not like.

In other words, it's strictly criminal to run in 55 kph in one fifty zone which police believe I've done.
But driving in 80 as Jan Aage Torp has done, not punishable. What the others implicated in this case, which Ansgar Braut Bjørn Storm Johansen, Torodd Fuglesteg and all the others. They've run as fast as the car could, but it is not punishable. In other words, what I have done up against these other, it's like a little firecracker up against what my opponents have done and are doing!

I will not drag this article, but I have written some articles about this before. Taking these, an excerpt and you can read the full press top of Hedding.

See here for a related artikek from the Heavenly blog:


No. 1126:The District Court's judgment clearly shows that the police on Manglerud /Oslo adds up to an outright false imprisonment against me, Norway's worst!

Picture a boxing match. Attends a manipulator and a mockery apostle as Jan Aage Torp, there are two things to do. Either get as far away as possible, and never looking back.
Or do as I have done here, stand up and fight and fight out so that he can not destroy even more people to say cruel and terrible way.

No. 1108:Manglerud police have been clean Inquisition "executioners" in myeyes. Then they will bring proceedings against me, or indeed give the man whohas written against me at least 10 times worse than I've ever written againsthim counsel!Police dismiss employee who wrote exactly, but not as hateful as Torp has written about me was dismissed.
Police operate here with two sets of "promises" as one does in countries like Saudi Arabia and North Korea. Everything is allowed for some, for others it's all "criminal."
We are consequently faced with a police force that has two sets of laws.

No. 1103:
Forpolice on Manglerud so they operate with "two sets" with laws likethey do in North Korea and other dictatorships!

Photo of Pinocchio as Torp similar, except he does not get big nose because he has a conscience or scruples for some of what he does and says affects other than themselves. Are you a super egoist, so tread one of everything and everyone, only one even gets benefits from it.