No. 1141: Police Jurist Day Paulsen last message to the criminals is that they can retain as much as they can bear and will. It is only and alone Evangelist and Bible teacher Jan Kåre Christensen to be taken now in the Court of Appeal!

No. 1141:
Police Jurist Day Paulsen last message to the criminals is that they can retain as much as they can bear and will. It is only and alone Evangelist and Bible teacher Jan Kåre Christensen to be taken now in the Court of Appeal!

The thing between me and Torp is 0% harassment. How can I know? When Torp has harassed and verbally passed me a ten-fold. And his poodles and lackeys surpasses Torp several times. There is nothing else than a miscarriage of justice!

January Aage Torp has on several occasions supported the false Smyrna blog and those who practice the evil blog. Here is an example of many:
Jan-Aage Torp Wed, 20/10/2014 (Searchlight) that 4:02 p.m. said:
When this matter with JKC has reached its necessary end, Kjell Andersen, then I think you with wisdom is able to modere necessary debates about difficult topics such as divorce and remarriage. I'll be happy to help as best I can, only I do not have to moderate yourself :-) Otherwise it is partnership with Braut Fuglesteg etc. which engages tough and necessary in relation to a blog that is confused, cruel, vicious and stupid - through and through. It should be shut down, in short.

Image of Manglerud Police engaged with Christianity persecution.
Had today Monday 14 March a longer conversation with Police jurist Dag Paulsen.
Even in North Korea or Saudi Arabia, I am sure that the police are so corrupt, selective and incompetent. 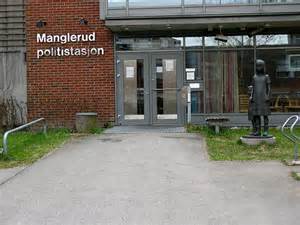 I told Police jurist Dag Paulsen on Manglerud Police in Oslo following: "Will you soon not take the criminals who proportionality me and my family?"
Paulsen says freely reproduced: "No, the issue is between you and us, the others should not be taken when they are not in any connection between them and Torpedo".
In other words, as long as they are not in ledertog with Torp, so they can operate as they wish and desire.
I asked further about my wife and the whole family is shattered by Jan Aage Torp's disciples his many lies, it does not fit in?
No, as long as I can not prove that it is Torp is behind these people, so we're not going to do anything. This is your responsibility that you have written about Torp your blog.
Then I ask, but you shall not see it separately? If the statements are criminal when they exceed my comments hundred times etc.?
Now they prepared to meet me in the Court of Appeal, appeal, they persevered with. Time and opportunity for something else, it is not. We have directed all patron and arsenal against you Christensen was the message, Torp and his allies will go free anyway here!
Furthermore, I asked what he thought about VGTV that has a program that coincides with my views? This is strange thought Paulsen. When I tried to explain that he and Torp has a completely different picture of reality than me and VGTV. But that said, this meant he was strange that they could think the same as me.
So also the son of Jan Aage Torp, Anders Torp written a book about his Father that coincides with my views, what are you thinking about it Paulsen?
It then does not matter, as long as it is not January Aage Torp writes something about you. We look separately at what you have written and spoken, this is what is important to us! But that said, this we are also experiencing that strange that son of Torp and you have similar views. But remember, Jan Aage Torp came first with its review, it is the one we build this thing on!
I then asked whether there is allright to run in 55 in 50 zone? But if one is running in 150 in 50 zone, what then? As Torp's disciples do? Back then, Police jurist Dag Paulsen that now you have to accept that your family are exposed to this.
When you have written things about Torp, which you should have spared yourself!
Talk about not skip taking in that Jan Aage Torp is a criminal crook who operates in conjunction with other criminals Hilde Gunn Tangeraas Doelitzsch, Kjell Andersen, Ansgar Braut Torodd Fuglesteg, Birgir Hermansen Siri Haugen Bjørn Storm Johansen and others!
Not least on the website Searchlight and the false Smyrna blog. Each of Jan Aage Torp many forums that becomes too much to take all.
So thanks Dag Paulsen for a pleasant phone call and hung up!
In other words, here it is certain that anyone can write and talk all they want about me and my family. Nothing is an offense and will be taken into account and for. Then it is just what I have written and spoken they go by to get me convicted!
Then we know that everything written and spoken by me, it would be considered a criminal offense. While those who are being written and spoken by Jan Aage Torp and his lackeys and poodles, it is never punishable in police eyes. Although Torp caught me ten times in verbal statements, and Torp's lackeys and poodles Torp ten times!

I've tried to write exclusively about Jan Aage Torp and his miserable life and teachings as will be Pastor and Apostle. But what have I got back?
Here we are like family almost attacked on all possible borders with humiliating me who has two bonus children which in turn affects my wife.
My kids are hung out at the worst possible way. The roads are full of personal mails to me, my wife, her job mail. To lead in both my and my wife's employers. It is ordered goods in my name and much, much more. Everything is allowed, I am free and my family are "fair game"!
What is this? Christianity Persecution of the worst (old) black of Manglerud Police!