No. 1153: SMS between Jan Kåre Christensen and Ragnhild Kristin Limstrand!

No. 1153:
SMS between Jan Kåre Christensen and Ragnhild Kristin Limstrand!

I have contacted several believers in different camps. And most meetings I'm not online but in other ways. At work, for example. a Catholic who has encouraged me very in this fight against Manglerud police and Jan Aage Torp. And others, like Ragnhild Kristin Limstrand living in Mjøndalen.
I put not usually out such correspondence, but to illustrate this. And that is really second faithful prayers and support that is the secret to this mine. Or our mighty victory of Jan Aage Torp where he has now been revealed to all of Norway and the whole world!

Looking at old SMS, where we among others pray for Jeremy Hoff, uninvited. That's how it should be, that we believers put each other before God, within its throne of grace. Photo by Jeremy Hoff.
Heb. 4. 16 Let us therefore come boldly to the throne of grace, that we may obtain mercy and find grace to help in time.
Efes. 3. 12 In whom we have boldness and access with confidence through faith in him. 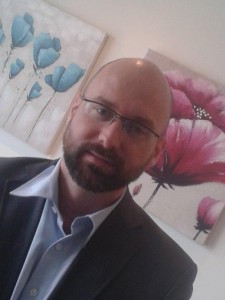 Me:
Ask for Jeremy Hoff. Got mail from him. He will leave Norway and experiencing the press is too big. Send the message and pray also for me to address hate police and hatred Pastor Torp in court Thursday. Here a hated and persecuted for his name's sake!
Regards Berit and Jan Kåre

RL:
Dear Berit and Jan Kåre! I have asked for your friend who is under strong pressure. It is tough and difficult times. Yes also for you dear grace siblings. Today there are not easy to follow. Jesus. We are in a spiritual battle as never before .and magnetite we have forsaken their first love .it seems that they will not follow. Jesus at the crossroads. But it st suffer hardship with me as a good. Jesus Christ soldier. And fight against false doctrine is important.
We must keep the sample and speak words of truth that was put down in us. We see how many who stray from the truth. . But. God grunnvol stands, having this sailing:. Lord knows his. God's peace. I stand with you. A few years ago I saw a vision. There were two long rows. The liberal and the one who stands on the rock. We stand on mountains and coves not .. God is powerful friends. God richly bless you keep y'all .. blood of Jesus! Ragnhild Limstrand

Me:
Remember to pray for me Thursday. 9:30 saddle 427 that the trial go away with full acquittal, or that the police keeps calm and dropped the whole matter. Fundamentally, this is a tullesak who should never have been on trial.
Regards Berit and Jan Kåre

RL:
Dear! Yes, it is an injustice so great today that it is impossible to understand. I wrote on Friday 18 in almanak now. It is clearly nonsense and vas.
And no any limited for some cause. We must pray that. Lord puts words in the mouth of the judge. So it goes in your favor. Sister greeting. Ragnhild.
Dear brother Kåre! Yes like this takes nerves. I understand not that this sh be prosecuted. This is sad. But the righteous are persecuted. Yes I sk bed for you and this. Are heavy items that are exposed too. Sad and hear. Is the no case take us at all .I think this is serious and this reviewer that makes rough initiate seen. You are like one. Joseph, but there will always be someone there with you who are good. And. Lord himself will be your advocate and defender. I pray now. Ragnhild Limstrand.

Me:
Do not trouble your spelling. And it is a pleasure to read your messages.
Have a nice day Jesus!
Jan Kåre

RL:
Unfortunately verdict in Oslo City Court had only half a victory when I have to pay 50,000 to Jan Aage Torp. But must pay 15.000 kr. to the state! Anchor to the Court even though I seem to go to court is the last thing I want to do. But must man so must man :-D. Be still for the case, me, my family and ministry. Expect the matter comes up in the High Court before the summer! Brother Greeting Jan Kåre and sister greeting Berit

RL:
Dear. Kare and Berit! Everything is possible with God, even though it came halfway, think jg that. Lord uses dg! This world will be deceived and jg think. God rewards the upright and a whole at Jg shall continue in prayer for dg and Berit. Clearly this takes on you, but we are the head and not the tail. We must rely on who has all power in heaven and on earth. Sister greeting. Ragnhild kristin Limsta.

Me:
It was incredible what has happened in the past. Every word I have taught holt and much more has now been revealed to the entire Norwegian population regarding January Aage Torp without I have a finger attic.
The victory is much bigger than I could ever have dreamed. Now we are left with a victory which is huge!
Thanks for your continued prayers and support!
Their siblings in the Lord.
Jan Kåre and Berit Christensen

RL:
dear. January rosemary and Berit! This was victory and a joy and hear this .. Jg gazed on mobile when jg had added me .. I sent thanks to the Lord with joy .. I wish you all a great weekend! And. Happy Easter ... God be with you in all respects with thanks and cheers to him friends .. Sister greeting .. Ragnhild Kr Limstrand

Me:
Thanks for good feedback!
But victory?
Much more than that.
I have not lifted a finger and Torp has been revealed in a way that I never could have dreamed of!
Happy Easter to you and yours too!

RL:
Amen to everything gmdt for you .. It makes me happy .. Stand in victory .. S gmdt and be lifted up .. All rooms are in darkness. Revealed. This was revealed .. God be praised Hallelujah stand on the promises .. Ragnhild

Me:
Yes, he's obviously a classic psychopath. Religion is a goldmine for such people. Zero empathy toward others, of empathy towards themselves.
The information in the book and on TV shows that I am right and has not taken her mouth full. Then the whole matter implode I hope if the police realize the clear facts and shows a narrow of humiliated!

RL:
It's been so cold and HARD ... ALIEN FIRE AND FOREIGN LEARN. Redd dt are many kinds of psychopaths within church congregations. Dt is that on. The days of Noah?
Important to stand on the mountain yes. Lord md his; he knows the sincere, jg ​​is fond Pa your behalf, and. God reminds us apart, thanks. Jesus!
Go in peace. Kare, franchise ,. Lord .. Ragnhild kristin Limstrand

All this goes on to malign me, my family and those who stand up for myself and what I have to say and preach.
January Aage Torp is a wolf in sheep's clothing that Jesus described as false prophets.
Therefore, it is so difficult that Torp wondered police with his narcissism which will be responsible for the good to stand with Torp and all that he represents.
Now Torp Revealed! Pray that the truth about the police arrive. So the name of Jesus is glorified and Satan's many and ugly lies are once and for all in this matter. Revealed the folly and dark sides police lets pass and fight me and others who support me. Be exposed to the coarsest things by Jan Aage Torp, Searchlight and the false Smyrna blog!
Thanks for your continued prayers and support!
Now it's really just one last thing that remains. It is for the police and their evil deed must come to light!
Regards fam. Jan Kåre Christensen Smyrna Oslo

RL:
I got 'a book about. Rosenius jg read something from this. Jg moved some time ago. But sk back to my former apartment. Now is not all wrapped up. Jg found dn 'veil of peace .. Leste most bible but .. Also another Littre trip where jg can find rest ... God's peace is so important undr all conditions. jg shall continue my prayer for you .. You have every tried. However them room asking him get .. Amen ..

Me:
Thank you for your prayers and love to share it with others that ask for family Jan Kåre Christensen. Is there anything that can not get enough of it is the prayer!

RL:
jg to send messages to the friends who have the same biblical. Him Lord ... Ragnhild Limstrand

Me:
Thanks. This heats. Intercession solves heavenly powers. It's worth more than money and worldly goods and gold!

I met Jesus in early childhood .. it was through my grandmother jg experienced there was something more .. Imidletid she died when jg was 8 years. For me it was hard .. Jg was related to her .. But. The Lord called me early. I grew up in a Christian home I was the oldest of us 4. Child years where Jg testified to my friends. I grew up in. Filadelfia there was jg read children. . Adolescence was vulnerable .. We moved some rooms were in favor of me but not my siblings ..

Jg thrived and was not afraid of the testimony. Jesus, jg was accepted as dn jg was. School years passed, job friends family and siblings were important. Was a time in Maranata dr dt was a great youth gang, jg was baptized in maranata temple in Oslo, adolescence can be heavy too ..

But the upswing and gmdt against. Eventually I married. Roar .. We were married for 28 years. We got. Daniel. Alexander. Carl Benjamin. Malene Rebecca, they grew up and jg bathroom much for them. Christian life was a bit off track .. And it was magnetron things .. But jg bathroom much anyhow .. Prayer is important .. Jg was lucky room had fo mother room suite for us, the children became adults and two moved. Dem youngest stayed at home ..

It was difficult. Roar and I moved apart .. eventually known jg having to forgive him and me .. JG MAY CLEAN UP IN MY LIFE .. JG FAILED probably MUCH and called to. LORD. AND HAM BLACK ME ..

roar and jg are good friends today .. And jg of songs to. Lord and decide all things .. We forgave each other and are best parents for 5 cute cubs. Jg also believe our adult children are happy friend create ossimellom .. jg thank the Lord for strength and power. and not least dt inner life in him. I BELIEVE IN MARRIAGE.
I think and the restoration of marriage ..

with v. Yours. Ragnhild Limstrand