No. 1136: The newspaper Our Country allows flaming of dead people who have zero opportunities to defend themselves, and these were people who throughout their lives had lived in anonymity!

No. 1136:
The newspaper Our Country allows flaming of dead people who have zero opportunities to defend themselves, and these were people who throughout their lives had lived in anonymity!

The newspaper Our Country is also helping to promote Fathers and mannshat with this. Over Focused on the Far strikes etc.
It is not good that Father turns, but do not write about dead people. This is real break with the so-called tread cautious poster paper use as they please about things they do not want to write about. For nonsense to mention this nonsense poster, it violates the right as it suits them.

Shall not render the entire poster, but it's not a newspaper. Not newspaper Our Country at least following this poster. Only time they mention this poster is when do not want to write about an issue!

I look with great astonishment, with nausea and amazement that people who had no good relationship with his father. They write about him in ugly terms. It is in this that they were beaten. Blue. Blue. Blue. This was so bad etc.

Image of debatredaktør John Morken who obviously did not know what dignity and normal decency is. But that said, a more disreputable and unworthy newspaper than Our Country, a long searching for. 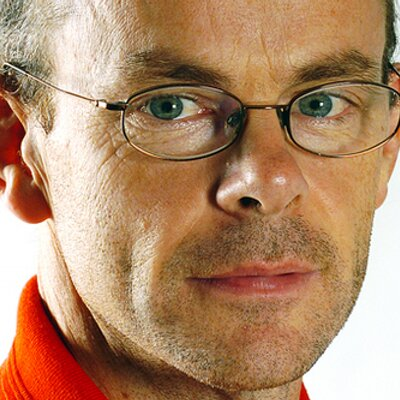 Here's an example:
Då father's hand hit
Published March 3 -
- I was terrified father's hand when I was a boy, wrote Our Lands Alf Gjøsund.
In the commentary "Father's hand" in Our Country Wednesday wrote ...... about ein father who struck guten not had more breathing again. He skriev that no fork into. He wrote about the father's primary trauma from our own childhood. And he wrote that "Children are lightly damaged. Sometimes are they not mend again. "
...... .. Wrote after journalist ...... .. in TV2 Underhuset said: "It is not so bad with a slap or spanking, if the child understands when it gets there. Unpredictable violence is the aller¬ worst. "
,,,,,,,,,, Wrote: "It is pointless to let a child's understanding be premise to accept violence. Although I realized that I deserved the beating I so often did. I realized, however, not that my father had a problem. He manglet¬ empathy, and therefore was unable to set limits for themselves. "
(End of quote).

As I understand this, then Dad died. He lived during a very different time than us etc.
In other words, he has no chance to defend himself, he was not a public person, etc.

When conducting transparency against a dead person who was no public person acts sickening, painful and disgusting.

The newspaper Our Country has not dignity, they have not etiquette. They had a father who plays, so do not publish this x number of years after the person's death.

Here is what it said so many obvious bad things like newspaper Our Country does. But it is not just the world's most honest and healthy newspaper we are dealing with.

Eg. they have harassed with again and again when I accidentally wrote a word. And I did write in Our Country that this was written by mistake, even when they used it on me again and again. Talk about fraudulent and psychopathic newspaper.

Here it is now the great sin that parents do, it is to beat the kids. Okay addressing this, but not dead people who can not defend themselves. Now leave the rest in peace!

Final Comment:
That said, there are more than enough of living persons here to debate if that is what is the purpose? But one does not need to do this with physical punishment as the alpha and omega. There are things that really is far worse, or equally bad.

Let me take two examples. If a child has done something that is not right. So driving some parents to not beat the kid, but closes the kid inside at a separate room etc. This must surely be at least as bad to feel rejected as being beaten?

Or when father and mother find new partners and there are half-siblings, quartz siblings and I know not what. It must then be as bad as physical punishment?

But one thing is certain, do not write about dead people who never were public figures. It is evil, sickening and way out of line on the so-called tread cautious poster Our Country comes only when it suits them. For a nasty newspaper!