No. 1272: It is only the application of law that Polti and district court abused, which makes the matter comes up in Borgating Court of Appeal!

No. 1272:
It is only the application of law that Polti and district court abused, which makes the matter comes up in Borgating Court of Appeal!

Image of Attorney Jon Wessel-Aas which says the same as Attorney Brynjar Meling said in court that this is an error in law. And that the verdict also is unfair when Torp and his friends have gone much, much longer than me in their verbal statements. I have included hear that I am Anders Behring Breivik sympathizer, supporter, supporter, advocate, friend, supporter and much more!
I do not know when the appeal goes, but expect and hope it will be in September / October? 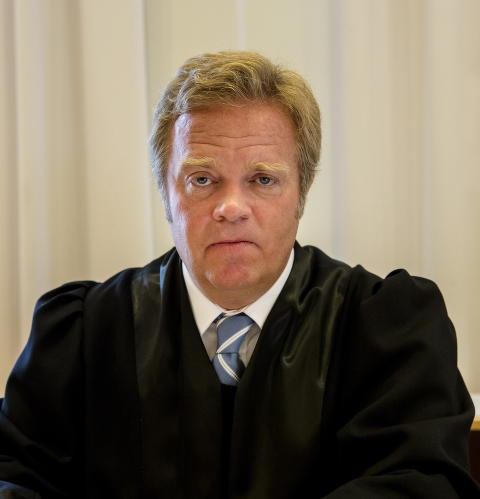 I wrote after the trial: All that I have been in contact with give a coherent testimony that I will be acquitted. Whether now in court, but guaranteed in the Court of Appeal!
Lawyer Brynjar Meling says it bluntly, that either I become 100% exonerated now. But surely the Court of Appeal when the things that might create problems for a 100% acquittal, they we will eventually get weeded out.
And that the things that the police prosecutor had to come by, all this we will document does not match at all!

This says Media law Attorney Jon Wessel-Aas when he asked in Our Country as essentially absolves me 100%. Which also will certainly happen on Friday the 29th of January when I get the verdict. Everything else will be and be a big surprise than acquittal 100%.
But it should not be there, then it becomes an appeal to the Court of Appeal. And if we lose there, then it becomes the Supreme Court. And on to Strasbourg, which I do not think we will ever need. But give me? Never!!!!!!!!!!!!!!!!!!!
The criminal here is Jan Aage Torp, we receive come back to.

This says Media law Attorney Jon Wessel-Aas in Our Country:

Media law Attorney Jon Wessel-Aas react to the violation of Penal Code Section 390A "for the troublesome behavior or other reckless behavior violating the peace of another" underlying the case against Pastor Jan Kåre Christensen.

- I can not comment on details of the case, but I think in principle that it is special that this section is used, because we are talking about utterances in a blog. Christensen seeks therefore not Torp by phone, text message or otherwise directly, but writes what he thinks of him as a pastor in the blog. It lies outside the core area that provision, says Wessel-Aas, stressing that he only knows the case through circulation in Our Country and by reading the indictment.

Wessel-Aas points out that the aforementioned provision of the Criminal Code since ancient times has been called "telephone harassment law."

- It is clear that bullying and harassment in social media over time can do that people can not bear to be there more. But I still think it is important that the Court did not extend penal provision to include too much. There is a point to be as specific as possible when to restrict freedom of expression through legislation, says Wessel-Aas.

Statements such as "living in adultery" makes it more natural to use defamation law, says the lawyer. Defamation is decriminalized in the new Penal Code and can therefore only be the basis for a civil lawsuit. It seems more relevant in this case, according to him.

- I think there is danger if clause of the Penal Code will be expanded by adding something that is no longer a crime, says Wessel-Aas.

Public figure. - What impact can an eventual judgment get?

- If there is a punishment in accordance with the indictment, I believe much more can be judged the same way. It will make the boundaries of free speech little obvious, which in turn can lead to people avoiding expressing themselves, responding Wessel-Aas and refers to the matter are provisions to safeguard against false accusations, violations of privacy, threats and incitement to violence .

Wessel-Aas points out that Torp is a familiar figure in Christian Norway and largely in the same position as many politicians.

- The room must be greater when it comes to statements about public persons.

Christensen disagrees with how Torp practice the relationship between life and doctrine, that his interpretation of biblical texts, highlighting Wessel-Aas.

- Also there will be great headroom.
(End of quote).


What part of the story, which is the most important. Is that there is at least 10,000 hatmeldigner welcomed me there on the web that began at least three years ago!
This ignores police and Torp entirely proven, therefore what I write on his blog a response to this shit against me and my family!
Here runs the police with two sets of laws, everything I write and speak is a crime.
In their opinion, and the way they add up on opposite anyone and everyone!
Everything January Aage Torp and his disciples are not punishable, whether it goes what I have written and spoken verbally hundred times "worse"!

About the Heavenly blog, "which is confused, cruel, vicious and stupid - through and through. It should be shut down, in short. He also writes this about the Heavenly blog: "Jan Kåre Christensen developing Heavenly blog!"
One should probably be able to call it a variant of social-pornography "+ Much, much more!
(End of quote).

Joh. e. 3. 27 John answered and said, A man can receive nothing unless it is given him from heaven.

It happens, it happens just as God does and will. We may wish us so much, and it looks like everything "flaps" for us. But God says, now is the day of reckoning. As with King Belshazzar who was found and weighed too easily. Look here:

This is Norway's greatest miscarriage of justice, why?

For what January Aage Torp has written about me surpasses purely verbally me 10 times (but that's what I've said is true, but Torp just lying, this is where the "problem" is).

Taking with what those who have defended January Aage Torp has written and spoken. Not least the two largest networks roll, Ansgar Braut and Torodd Fuglesteg so surpasses me 1 Million times.
Taking with everything what I have written and spoken about Jan Aage Torp, that 99% is written by his fictional review, as is miscarriage of justice complete when there was this Oslo City Court sentenced me to.
Not what I had written, but the amount of it all!

Everything is here turned head, everything I say and write is whatever criminal. While what others say and write, stretcher a little irony and this must endure! Everything always goes only one way, not other avenues!

Lewi Pethrus writes in the book victory times - refraction times in chapter seierstro - our lodestar following: The victory of Calvary's victory over all others!

"The large crowds began to fail him when he began to speak about his suffering and death. Even the twelve he had chosen as his apostles, betrayed him and fled. Before that happened had one of them managed to sell him for thirty pieces of silver to his enemies. The most trusted of them denied their disipelskap three times during the public proceedings against him.
He swore that he did not know him.
Humanly speaking so quit Christianity start with that its founder hung lonely and abandoned by God and man on a cross between two thieves.

This was according to Jesus enemies of Christianity breakdown in the very beginning, and many of the believing Jews saw in this his defeat forever.
They did not see the plan of salvation that lay behind those seen as discouraging external events.
But in what seemed to be the greatest defeat was the biggest victory of Allah ever been won.
The victory on Calvary's victory over all others! "