After a few weeks in Israel, where we this time was mostly in the City of God Jerusalem, we will add some photos with some text. This is a city that can not be compared with anyone else when it comes to biblical history. Has also written a little before about other trips to biblical and historical land, but Jerusalem is unique! 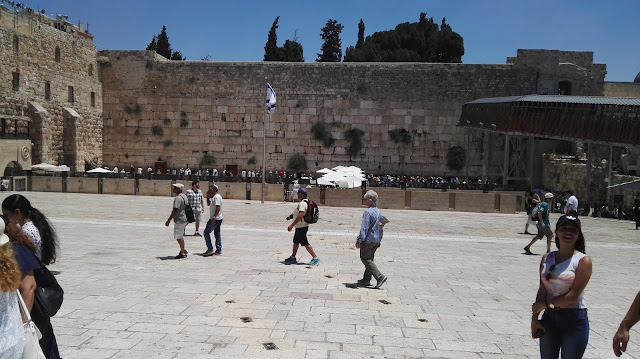 Picture down against the Valley of Jehoshaphat where Jesus together with all the saints will judge the nations how they shared my country - the land of Israel that God gave to the Jewish people. Here is Norway very bad shape through the Oslo agreement.

Joel 3 6 For behold, in those days,
at the time when I turn fate
Judah and Jerusalem,
7 I will also gather all nations
and bring them down into the Valley of Jehoshaphat.
I will enter into judgment with them
about Israel, my people and my property,
as they scattered among the nations.
They shared my country 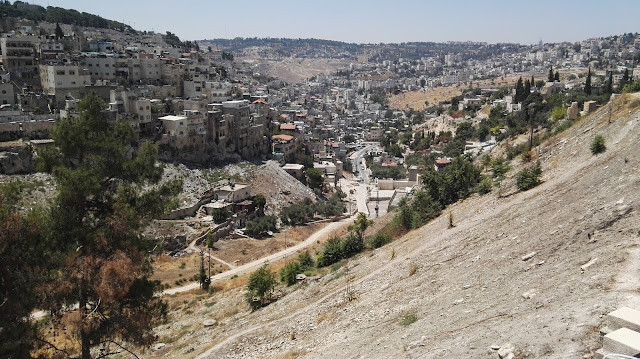 Photo from the Mount of Olives where Jesus went up to heaven and will come again to judge those who opposed Israel and the Christians. Secondly to create his 1000 year kingdom of peace, which he will leave law and order emanate from Jerusalem in lands Israel worldwide!

Acts 1. 6 While they were together, they asked him, "Lord, wilt thou at this time restore the kingdom to Israel?" 7 He replied, "It is not for you to know the times and seasons the Father hath put in his own power. 8 But you shall receive power when the Holy Spirit comes upon you, and you shall be my witnesses in Jerusalem and in all Judea and Samaria and to the ends. "
9 When he had said this, he was lifted up while they looked on, and a cloud hid him for their eyes. 10 Then they stood and stared up at the sky and looked after him as he departed standing with two men in white clothes in front of them 11 and said, "Men of Galilee, why do you stand here looking into the sky? This Jesus who was taken up to heaven from you, he will come in like manner as ye have seen him go into heaven. "
12 Then they returned to Jerusalem from the mount called Olivet, which is a Sabbath day of Jerusalem.

Isaiah 2 1 The word that Isaiah the son of Amos, had a vision concerning Judah and Jerusalem:
2 In the last days it shall happen
that the temple mount will stand
established as the highest of all mountain
and lifting up over the hills.
There shall all the nations flowing.
3 Many people pass by and say:
"Come, let us go up to the Lord's mountain,
the God of Jacob's house,
He will teach us his ways,
and we may walk in his paths! "
For the Lord's law will go out from Zion,
LORD from Jerusalem.
4 He shall reprove between peoples,
judge for many people.
They shall beat their swords into plowshares
and their spears into pruning hooks.
Nation shall not lift up sword against nation
and no longer learn war. 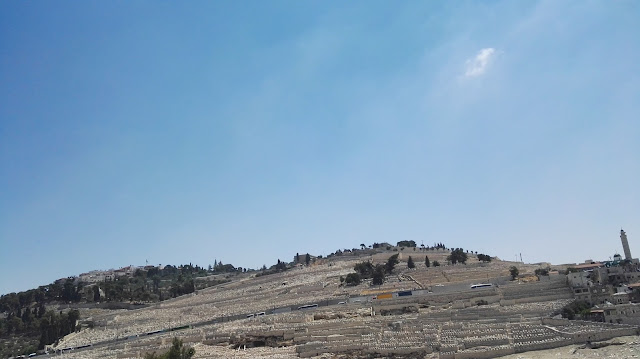 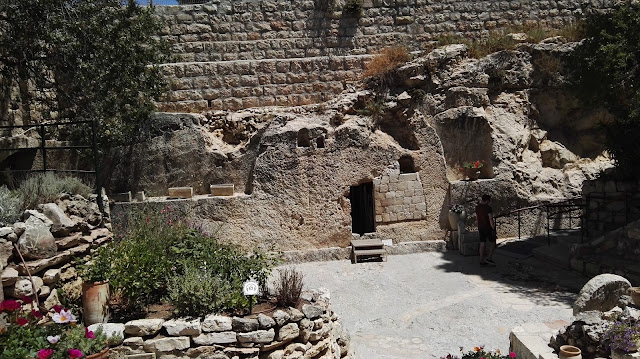 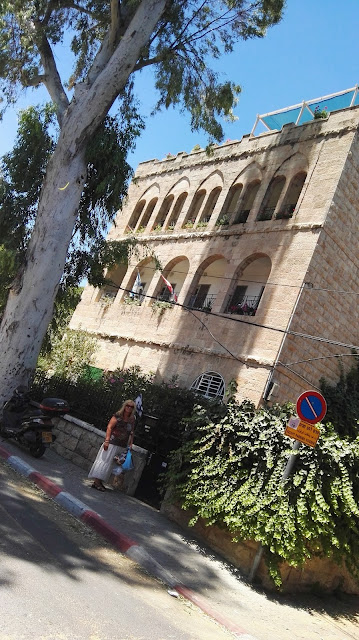 The empty tomb at Gordons Calvary showing that Jesus is alive! 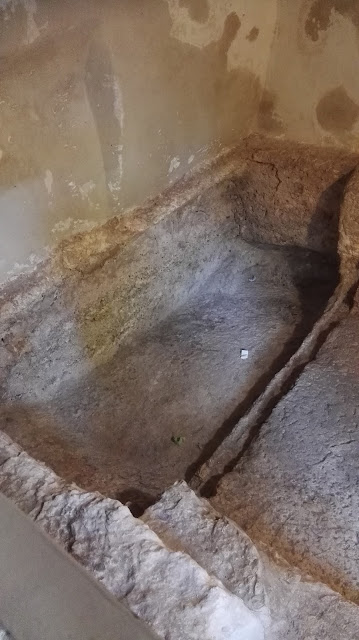 Picture one of the at least one thousand synagogues are filled every Sabbath in Jerusalem. 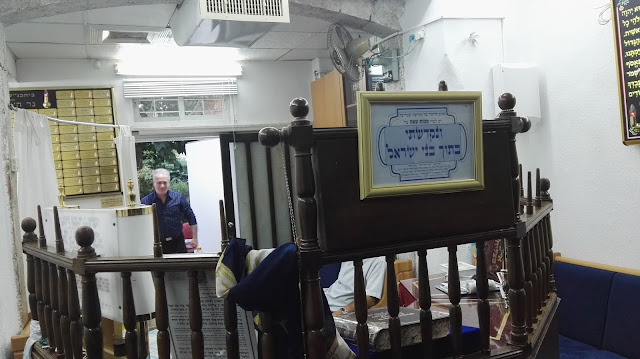 Back yard off Christ Church so is the oldest Protestant Church in the Middle East.  It was completed in Jerusalem in 1849 and soon after became known as the "Jewish Protestant Church."  When writing about the establishment of the church, well known historian Stephen Neil called it "one of the strangest episodes of modern church history." 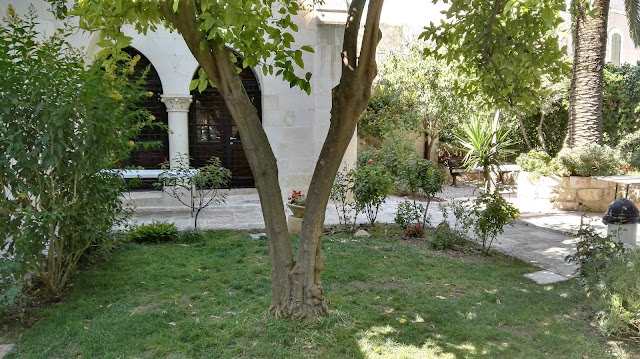 Olives down against Kedron Valley! 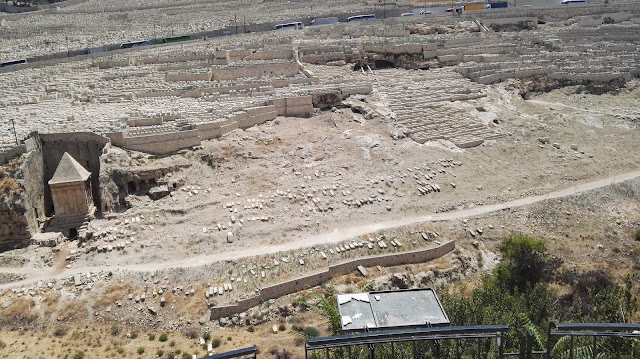 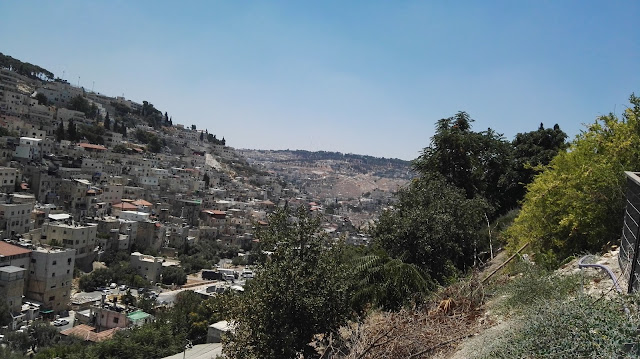 From excavations to David where David lived, died and is buried! A harp at the entrance to the city of David! 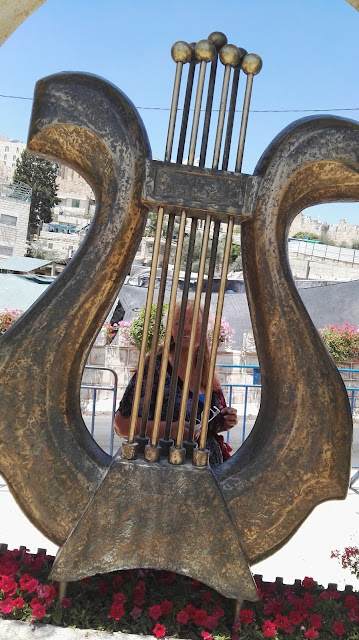 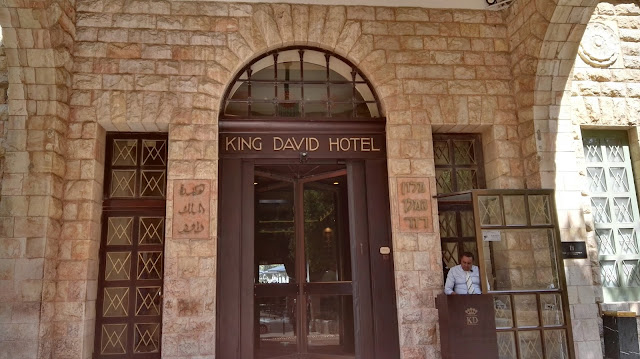 Jerusalem is emerging as a modern city, where it is back for some western and functioning cities! 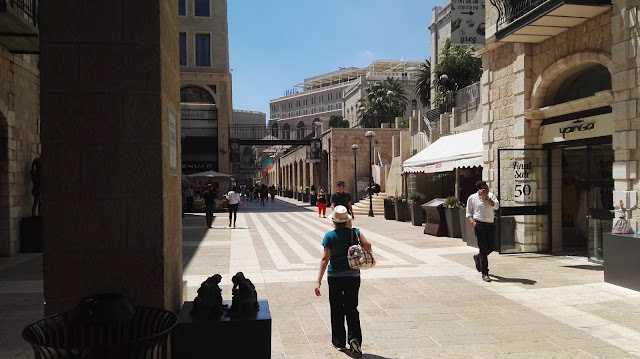 Middel of Jerusalem is a lovely and affordable place to both eat and stay. It's Christ Church Guesthouse at the Jaffa Gate in the Old Town, graded you can actually walk to most places, this is smack in the middle! 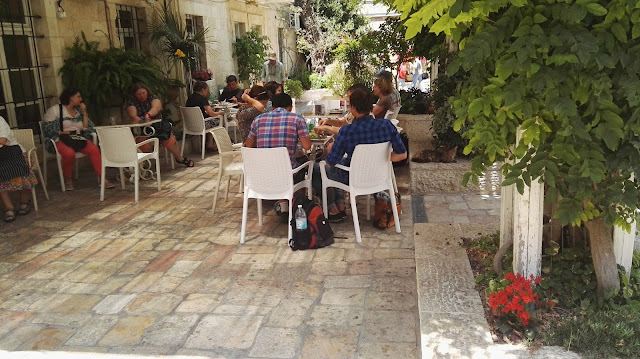