No. 1280: Christian Norway appears to be more hypocritical than ever when fornicator Sten Sørensen points out that Gay parade is unbiblical!

No. 1280:
Christian Norway appears to be more hypocritical than ever when fornicator Sten Sørensen points out that Gay parade is unbiblical!

It is hypocrisy to be 100% against homosexuals, but accept remarriage among the believers when both are committing adultery by scripture!Jan Hanvold screaming out on the radio here in Oslo, "to hell with anyone who does not agree that I am re-married."It is not biblical, just as the scripture says that speaking out against gays and lesbians. They should not be allowed to marry in the house of God with a priest or pastor. But those who are re-married as believers, it's a free-for, this is hypocrisy and ubibelskt. Both are sin scripture says, so it is about to do to not be deceived and be deceived by those who are re-married.Those re-married speaks very fast, clear and "light" against gays and lesbians. Here is ia Jan Hanvold, Jan Aage Torp and many other glaring examples of this.It is a free-to marry to marry umpteen times, but all others living contrary to God's word should be taken!The homosexuals and lesbians doing some believers the "ultimate" sin. But those who are re-married or remarried, it is the "ultimate" mercy! Scripture says that they both who live like this will not inherit the kingdom of God!1 Cor. 6. 9 Know ye not that the unrighteous shall not inherit the kingdom of God? Make no mistake! Neither the sexually immoral, idolaters, adulterers, nor men who lie with men or lends itself to this, 10 neither thieves, covetous, drunkards, revilers, nor robbers will inherit the kingdom of God. 11 Such were some of you once. But now you have been washed clean, you have been sanctified, even the righteousness of God in the Lord Jesus Christ and by the Spirit of our God.It's so bad with the homosekuelle - but it's a pity for those who are divorced!That is the slogan for many, but what scripture says? That those who have "fancy" on a man who is a man. What about them? They must deny himself. What about those who are a woman, but fancy a woman? They must deny himself, say no thanks!But what about those who are divorced, will marry again? They must and will do the same, deny himself. Say no thanks to what they "feel" for, as scripture says that remarriage is just as much fornication as everything else!How many people of faith? It is certainly not easy to be alone, they divorced must then be allowed to marry. God is not so strict. Yes, God is so strict, remarriage is living in fornication, adultery and fornication!

Remarriage is sin according to God's word!

To walk in a gay-para is far from a good thing, but when a person Sten Sørensen signs - re-married should warn against this being the nonsense!

Remarriede Christians have nothing to do in the church of God, much less as preachers and to instruct other then they are not living according to Scripture! 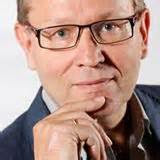 Sten Sørensen himself was married first wife got difficulties with themselves. He stood, next lady "let" him down! It is always "grace" to get these false prophets in time. And Christians are asleep, let these hold on just like flesh suit. This is hypocrisy worse than anything.
Here is a person who leaves a woman in extreme distress, remarried and then he warns against others. This is too bad and hypocritical that worse than this could not be simpler.

Here are some article I have written on this topic.