No. 1207: It is my death is Jan Aage Torp's lackeys and poodles stated philosophy goal of this process against me, as Manglerud police are helping to implement!

No. 1207:
It is my death is Jan Aage Torp's lackeys and poodles stated philosophy goal of this process against me, as Manglerud police are helping to implement!

Torodd Fuglesteg wrote:
"The purpose of these records has hosted aa give JKC enough rope to dangle in. Thus, the mission is complete."

Torodd Fuglesteg Wed 10/19/2014 at 10:09 p.m. said:
Okke like; there are at least two cases the police against JKC for the moment. In addition, jobs others with cases and that several plans in person at JKC, residence or job, to talk with Christensen about his sewer blog. One or more media houses working on cases for publication.
I think we say it is.
Ansgar: You are young and blond. You will exchangers aa never take personal contact with insane people when they want to exploit this for all it's worth. By mistake you become wise. By trial and errors, formed very good people. Keep it up.
And the purpose of these records has hosted aa give JKC enough rope to dangle in. Something that we have achieved, I see. Police, lawyers and doctors have got everything they need. Thus, the mission is complete.

Image of rope that we know are being used by the hanging.
This writes Jan Aage Torp's lackeys and poodles goal is going to happen with me.
Talk about being criminals and the police just ignore this as it has never been written and wanted from dammed page. 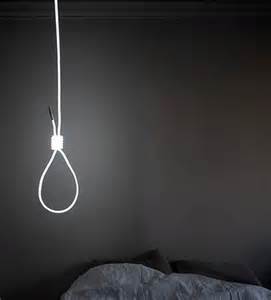 It can reckon I'm up against 20,000 hate speech that is written against me and my family online in the past three years?
The number is certainly formidable. This has occurred mainly on three sites:

Searchlight, at Torp many forums and the false Smyrna blog are the sites that are found together this number. And take with what has been written by mailer to me, my family and employers and others. Guaranteed up against 20,000 hate speech that police completely proven ignore, talk about being police almost from North Korea or Saudi Arabia.

What I have written and spoken, is disturbed and amplified beyond recognition. What else writes and taker are totally overlooked and left out!

Then really the whole case against me as a witch hunt!

Do not write even a long article, but here is evidence that it is my death which is the goal of the whole process.

It tells me that when the police, the so-called preventive police Manglerud not respond even this.

Then we have a police deepest set of criminals, and defends criminal activity on the web! Desire others dead openly is not a crime, but to write a Pastor who is divorced and re-married sexually immoral, it is a crime!