No. 1219: That's what Jan Aage Torp has reviewed me for who is a criminal offense, not what he has written about it surpasses what I have written and spoken one ten-fold!

No. 1219:
That's what Jan Aage Torp has reviewed me for who is a criminal offense, not what he has written about it surpasses what I have written and spoken one ten-fold!

PS! Jan Aage Torp is a criminal because he has done a crime!
He hated my preaching about remarriage, it was his objection against me.
What did he do then? Arranged a fictitious review, and now he has changed it to be not what I wrote. But the amount of what I wrote, why?
As I've written 99 5 after his fictional review then omission of his name, why? Constantly to find a way to get taken me in and closed the Heavenly blog! Jo, Jan Aage Torp is and remains to be a criminal who should be punished for a fake review!

Photo by Jan Aage Torp who makes false accusations against me as it is my view of remarriage that is the "problem". Nothing else when he verbally have gone much, much longer than me to write and speak against me than I of him. 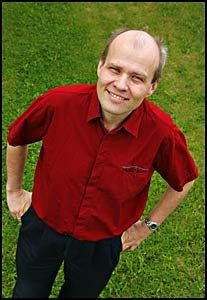 "Whoever by false accusation, review or explanation court, Paatalemyndigheden or candidate Public authority or by Mutilation or Away Clean Else af Evidence or Provision af false evidence or mod better Vidende paa candidate Maad seeking that forcing one candidate sigt or Fældelse for a strafbar Action or as accessory thereto, shall, if there are traded on a crime, with Fængsel from 6 months indtil 8 Aar and, if there are traded for a Misdemeanour, with Fængsel indtil 4 Aar. "

Here it is as Jan Aage Torp has done, and enticed the police and the courts to achieve this:
From VL: - What do you expect from Christensen, Torp? - I expect that he erases everything that he has written about all, I'm going to address to Google and request that they remove all this material from their search engine. But then there must be a final judgment. (End of quote).

Jan Aage Torp has called me for the ugliest, the ugliest thing. Blue. I'm Anders Behring Breivik sympathizer, supporter and fan. Hehe, it's so far from the truth it is possible to get, but it is his false accusations that are criminal. He has reviewed me to achieve that I should stop preaching against remarriage and mentioning him as a person who is an adulterer according to God's word.

Receives inquiries asking why I believe that as Jan Aage Torp has written and spoken about me is not punishable. But what I have written and spoken about him is punishable. For it is only to say that I look at nothing of what Torp has written about me as a criminal offense, although he surpasses me a ten-fold.
It's his review of mine who is a criminal, as there are false accusations. He builds his review of a thing, but it is to achieve another purpose which is the goal. Therefore he instructs both the police and everyone else, that he should have a judgment to go to google with. Then there's my preaching against remarriage which he hates, and it is actually on the English blog that he dislikes the strongest, the he has a hatred which is huge!

Jan Aage Torp has falsely accuse me as it is my view and preaching about remarriage that is the "problem". Not what I have called him or anything else, which surpasses he me many times. The review is fictional as it is to achieve something quite different than what he says. He lies and manipulates. Notice that he is now concerned only with one thing, the same as Polti. It is that I have not written and spoken anything criminal, but it is the quantity of it all. This lie is Torp, police now completely agreed. But that said, crime is at in my and many others' assessment.

Final Comment:
In this article it was only to clarify what I've reviewed in January Aage Torp, it's false accusations. Not what he has written and spoken about me if it is inferior and totally out of berry-picking.