No. 1197: Not every amazed what is happening in and around the Pentecostal movement, we tried that and dared to speak out was held down and squeezed out!

No. 1197:
Not every amazed what is happening in and around the Pentecostal movement, we tried that and dared to speak out was held down and squeezed out!

It is a form of disclosure what has now happened in and around Pentecostalism with at least three cases.

Photo of Stefan Christiansen who unfortunately has failed as Shepherd, Pastor and role model for what has emerged in the recent past. It has been the ego and superego in the center, while Christ and all others have been pushed down and away! 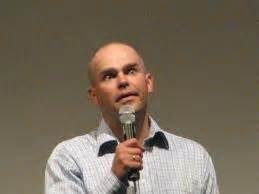 But this is only the tip of an iceberg, and I think really the ugliest and the issues that really has hurt people most is not reached and they will certainly never forward rather then i suppose they have either committed suicide or are so wounded the nerves, soul and mind that they will never be able to come and to stand up!

But what I bedreider Pentecostalism Well now, for as long as I've known Pentecostal state. Or to extend the term, dissenting Norway.
It's the last 35 years!

How can and could this have happened?

It is as I write in the title of this article:
"Not every amazed what is happening in and around the Pentecostal movement, we tried that and dared to speak out was held down and squeezed out!"

What am I writing here?

1.) Not every amazed what is happening in and around Pentecostalism.
2.) We who tried and dared to speak out was held down and squeezed out!

In other words, there have been plenty of people who have wanted to warn, but they have not been taken into account. Those who have had and have these leading roles, they are always, always taken care of when it all goes on kammaderi and that those who defend these "perpetrators" keeps with when they really Saat for the same even in lesser or greater degree.

I have a thousand examples of this, that I and others have tried to warn, but mostly never succeed!

Unfortunately, I do not have much improvement before the vast majority of those leaders who rule and govern dissenting Norway are removed and replaced by new ones!

But I know people in the Free Church Norway who have taken their lives by various abuses where they have been incest, abuse of power and everything else that is possible. These will never be able to come forward, and the ugliest matters other words never come to the public!

What can we learn? This is such a broad subject that books must be written, and written.

It is tragic that the detector is almost always frowned upon, until "bubble" burst and it's almost too late that something can be done and bias corrected!

The "strong" like me and others are almost always exclusively attempted squeezed out. While those who are weak, being thin even more and if they once were to go out. Then they saw psyche that they almost never will be able to speak out!

Why take place such as much of God's church? And the Free Church is the "" top "?

I think there are a lot of skills, morals and ethics among the shepherds. And that bibeltroskapen are very, very low!

What to do? It's really very much. But one must raise standards among preachers, and then it's fine to begin with marriage. Where no one is re-married as believers are allowed to be in the lead in the congregation.

What we aim for?

From my commentaries Titus 1 5 I left you in Crete so that you would bring order to the thing that was still undone. You should appoint elders in every city, as I instructed you.

It was with great confidence and affection Titus got this assignment. To arrange church after God's pattern in which elders should be appointed to lead the congregation and be responsible for the further way forward, primarily spiritually.

6 An elder must be no criticism of you, he shall be husband of one wife, his children must be believers, not insolent and not be accused of living a wild life.

An elder who is a man of learning and pastoral responsibility to be a high inntregeitet. Have children who are trained in and on the Lord's way. And that manages and customs well as in particular with his family.
Furthermore, it says that he should be a woman's husband. Here we can not misunderstand Paul's words when it says with an apostrophe over; a woman's husband.
In some cultures, it is polygamy as the Bible, especially the New Testament warns against. There is a man and a woman who is the God-given marriage form everything else is man-made.
Focusing on something else is a total derailment and discuss whether it is biblical with gay and lesbian relationships are a waste of time and the wrong focus. God created us male and female, period.
Now we also see this in the light of God's word. To enforce such a high standard that the word of God assumed in marriage, applies ONLY believers. Especially those with an overseer.
If one that believers are separated can be continued in the service, but without shepherd and teacher responsibility (the same mandate woman has).
If one marries again so we have to deal with what God's Word says about this. We shall take up remarriage much deeper when we come to other passages but will only say briefly that two believers remarriage excluded while the other lives. It is permitted only with remarriage of a believer if the other dies physically or spiritually (becomes an apostate).
But no matter if a believer who has a supervisory office remarries he shall never have a platform service. Remarriage whether it is legal disqualifies that person to have a service in the church of God. Marries one himself again without a biblical basis, the competent expelled from the congregation if one does not want to repent.
That some Christian preachers marry divorced both first time and after they have become widowers are vannhellligt and it disqualifies them to have an overseer.
Then it is necessary that not only think it is not right with remarriage.
But at the same time and support to ministers, elders and others who are remarried. Make a that, then runs Satan's errand.
Is this strange? Imagine a workplace where a person repeatedly fail or will not do their job, then it is not unfair that he loses his job?
God then is not dumber than an entrepreneur? Or should we make the word of God of no effect?
Such is the kingdom of God and in God's church. No gjengiftede as believers are allowed and should have a platform service. And those who support such supports Satan and his demonhær. And those who refuse an overseer to marry once, runs Satan's errand (1.Tim.4.1-5).
We see today that there is no obstacle in the church of God with two, three and more marriages behind him to preach the word of God. But this is nothing new, they come under the judgment we find in God's word many places and those who support such also come under the same condemnation. Remarriage among overseers is and remains a pity.
1.Tim.5. 15 Some have already turned away and followed Satan.
Can one not to get it in marriage and chooses to remarry, then conducting a curse if one wishes to have a service. But choosing one to resign from his service, the grace is greater (Luke 18)! There is no human right to hold a service when one fails in his everyday life and his family. 1.Tim.5. 8 If anyone does not provide for his relatives and especially for his family, he has denied the faith and is worse than an infidel.
This I write here is true and sober words, not out of aggression and helplessness.
Jakob 3.1. Not many of you should become teachers, knowing that we will be so much stricter convicted. It is clear, preaches deed hangs so high that it is not a given that we are worthy of it without our lives also agrees with what we teach and preach.
God's standard, even under the old covenant. 3.Mosebok 21. 7 None of them must marry a harlot or a woman who is dishonored, nor a woman divorced from; for the priest is holy to his God.
And the same standard he has the priests during the upcoming 1000 årsriket.
Ezekiel 44. 22 They must not marry a widow or a woman divorced from, but only virgins of Israel. But they can take the widow of a priest.
The same standard he has today; a woman's husband.

7 For an overseer is God's steward, and there must be no criticism of him. He must not be self-willed, hot tempered, drunkard, violent or looking for covetousness.

An overseer manages both spiritual truths and people belonging to Christ. The properties he should have is the Spirit's fear and they belong to a mature man. Not willful, must accept other people both them and their views. Do not get angry fast and not be under alcohol or other things. Violent or looking to make money on the work of God.

8 He will be hospitable, loving what is good, be besinde, upright and godly and master of himself.

Should one have to do with people must be sociable, so hospitable. Love the good is also to love life, thus be positive. I have always tried to set up everything for the kids so comes into contact with the other one they encounter otherwise. Could restrain himself also when things go against and be upright in all areas, especially money and moral thing.
Furthermore, it says; godly and master of himself. A good mature person in every respect can safely say.

9 He must stick to the faithful word according to the doctrine, that he both able to guide by sound doctrine and to refute the claims of those who say the contrary.

Love their Bible and know it and be clear in his understanding of God's word. Also able to apply the word of God and refute people who come with unbiblical beliefs and empty misled in their lives as believers.
One should also be able to reveal and point to the word of God in the face of other people.