No. 1216: Give Jan Aage Torp "little finger" you on Manglerud hatpoliti, so he takes soon the whole "hand" and then some!

No. 1216:
Give Jan Aage Torp "little finger" you on Manglerud hatpoliti, so he takes soon the whole "hand" and then some! 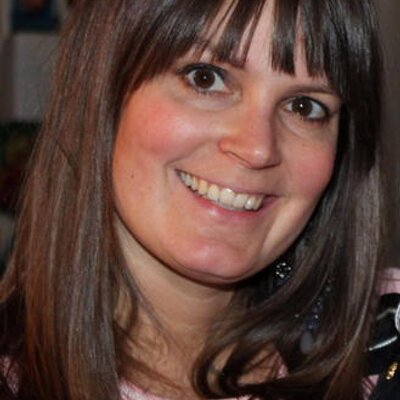 If Hatpoltiet on Manglerud must presume that what I have written is 1 month. prison is well Tonje Egedius took a life sentence when she has reached far more than me and has been more forceful in their statements.
This farce is the only one that pleases as above, it is the protagonist and fool tag Jan Aage Torp who love any situation where he is in the center! Torp has survived and deceived so many, that he managed to fool the police and the court is not so difficult to understand. He can move his to the fingertips, but one day it will also come to an end for him word of God says.

2 Tim. 3. 9. However, they should not get more progress; for their folly shall be manifest to all, as theirs also came. (1930).
9 But now they have no more progress. For it should be clear to everyone how senseless these are, as happened with the other two. (2011).
It says they are senseless, what is meant by that? Or that in 1930 that their folly. His wits really means deaf, Torp is deaf to the word of God is fairly obvious. His wits can the basis of GT also mean sexual abnormality and a whore for example. his wits. Torp has remarried with one who is 25 years younger than himself, here he fits in perfectly.
That means obvious that they bring nothing good forward but staying others with what belongs and is in darkness. Torp live in darkness with being re-married, here we see that God's word really explains itself, remarriage is sin and brings with it the spiritual darkness and folly.


My defender Brynjar Meling who has done a great job for me. Although his argument is not reached until a judge in the District Court which in my view was not the task worthy, competent, capable, reflected, could not jus and adult enough to guide negotiations, Malin Strømberg Amble.

Whoever has followed the Jan Aage Torp's writings in the past, soon realize that this man can not stop so easily. He has come with a fictional review of me, what will be next?

He has obviously now so so few friends and many enemies that this man will never stop anytime soon. Who will be next, he will report?
Police in the city will have enough to do the near future if he reaches to get me convicted. He does not stop with this. The police do not see that here we are faced with a star ...... that do not I!

Here is why that he reviewed me, which also Brynjar Meling take up their appeal type. Look here:

Further details on the legal

It follows from the criminal code. § 1, 2.ledd, that the criminal law applies to any restrictions imposed by agreements with foreign states or of international law in general. Christensen has therefore protection as well ECHR 10 SP art 18 and 19.
His statements are also protected by the Constitution § 100. It follows already of Gujrat Judgment Rt. 1976 p.1. that the constitutional provisions governing the individual's personal liberty must have impact that is significant.
It is argued that the District Court's interpretation of the statements, means that the judgment result is contrary to the principle of legality, clarity principle and judgment result violates Jan Kåre Christensen of religion and freedom of expression.

The Court has in several decisions highlighted that freedom of expression is one of the absolutely fundamental elements of the basis for a democratic society. It is emphasized that this freedom not only includes the right to submit statements that are favorably received or regarded harmless, or minor, but also statements that are offensive, shocking or disturbs.

In Oslo District Court decision is not the stringent requirements of the grounds for restriction of freedom of expression met. Although there is only one remedy matters, there is no proportionality between the procedure and the purpose of this.

After EMD practice must exceptions speech subjected to a restrictive interpretation, see. That it must be "necessary". A central element of necessity assessment is whether there is an urgent social need for the procedure - "pressing social need". Referring to the so-called "Spycatcher" judge, Serie A # 216, judgment paragraph 60, and 217, the judgment section 50.

In Christensen's case must be weighed against all of the adjudicated claims are his views on theological issues, or provocations made against either him or his faith.

When the Supreme Court majority in Kjuus Judgment Rt. 1997 s 1821 finds that the statements are not protected by freedom of expression, this ia based on the following:

"I can not see that the right to form a political party can be inferred that groups that do this, and dons their positions form of a manifesto, should be free to agitate for any vision, whatever interventions it had to involve over others people."

For Christensen - as sites of their right to make statements, protected as well religious freedom as freedom of expression, this is different. He advocates a view that - though it is rare now - has stood for centuries, and that is not expressed that "he dons his stances form of a religion".

It is also argued that the statements came as part of a public debate. A debate that whoever statements frames also participated in, and reciprocated. Such a debate is protected by freedom of speech under the Constitution § 100 that weighs very heavily. Allowing the utterances of a party and deprive the victim of his remarks, the right to speak out will in itself be contrary to freedom of expression

Should criminal code § 390 a used in this case, it will only be done by an expanding interpretation of the law - which is impossible, cf. Legality of the Constitution § 96.

It is clearly evident in jurisprudence that interpretation must not only be based on how the general belongs will perceive the statements, see. Plenary ruling in Rt-1997-1821 (Kjuus). but one

"Must also see the statements in light of the context in which they have emerged."

It appears here that the statements are normative, emerged in a blog debate between people who share faith, and with references to external's perception of a common creed.

On the interpretation of the statements says Eggen Norwegian Law Review 1998 p 263:

"For utters becomes jurisprudence as little predictability whether one" relaxes "the criminal liability conditions or interpreting utterances freely so that they are aligned with these terms. One of the main objectives behind legality in Norwegian law, and in allfall law requirement ECHR is to ensure predictability in the application of law.
He continues later on the same page:

The consideration of both legality and freedom of expression implies that there are clear limits to how far one can go in if interpretation meaning and circumstances of the statements that are not directly stated or acknowledged.
Straight Safety, particularly ensuring predictability, is accented in Rt. 2002, p. 1618. consideration to freedom of expression implies
"That no one should be able to risking criminal liability by the statement attributed to a meaning that is not expressly stated nor with reasonable certainty can be inferred from the context"

Reference is also made to Eggen, Law and 1998 s 264 which gives rise to another consideration:
"A free interpretation involves besides less predictability of law also greater opportunity for censorship from the Court file of speech they dislike, perhaps for reasons other than those behind the penal provision"

Interpreted as religious expressions and interpretations of the Bible's view of remarriage, can not utterances judged. When court excludes the interpretation option, then "pushes" one statement outside the core area of ​​the Constitution § 100 of free speech.

Rt 2002, p. 1618 Boot Boys judgment is thus relevant. "Boot Boys" was a neo-Nazi fighting organization, as a Saturday morning on the square in Askim performed an appeal with support for Hitler on the occasion of Rudolf Hess's 100th day.
"Every day rob, rape and kill immigrants Norwegians, every day our people and country are being plundered and destroyed by Jews, who suck our country empty of wealth and replace it with immoral and un-Norwegian thoughts." The appeal ended with "Sieg full- and Hitler greetings. "
Boot Boys' leader Terje Sjølie was acquitted. The statements were found to be derived from a political program rather than being specific threats. Several of those in attendance were dressed in finland hoods, and the demonstration was a militaristic combat fascist nature. The statements fell in front of immigrants who made their errands in Askim. Christensen's statements come in response to the actions that he believes is contrary to God's word. Statements fall in Blog where most statements are in response to charges from persons Christensen perceive as mouthpiece for Torp. . Sjølis statements fell unprovoked against innocent people.

Here from what else I've written about Jan Aage Torp fictional review of mine:


No. 775:
What the conflict with Torp really all about? It is the interpretation of divorce and remarriage on the basis of the word of God Torp maintains that the so-called innocent party to enter into a new marriage!
We may share as this into two. My interpretation based on the word of God, and freedom of expression.
Firstly, my interpretation based on the word of God is "sovereign" my, just what is it freedom of speech and freedom of religion must fulfill. Therefore Torp really no case. Although Torp and many feel stepped on what I think, believe and claim. So this is something they must endure. And if I feel trampled on by others, for you I will. So will I tolerate it. Ergo, Torp has absolutely no case.
Photo of Lars Gule who writes very well about freedom of expression in value debate in VL.

No. 1044:
Google is completely innocent in that Jan Aage Torp hate their search engines as much as he hates me. Hat pastor has now revealed itself to anyone and everyone!

When I grew up, I had a good temperament, not least when I was an active footballer. There were times we lost and I was a bit annoyed and outside the. But then my parents always told me that this had I always take out the next game, and not let this go over some innocent as them or dead things! Whenever said.


Image of the Heavenly blog, it was this blog Torp are now trying to stop:


From VL: - What do you expect from Christensen, Torp? - I expect that he deletes everything that he has written about all, I'm going to address to Google and request that they remove all this material from their search engine. But then there must be a final judgment. (end of quote).
Lagt inn av Jan Kåre Christensen kl. 06:50