No. 1211: Bjørn Storm Johansen proclaims that he is predestined to salvation - can behave as he wants when he is destined to "salvation"!

No. 1211:
Bjørn Storm Johansen proclaims that he is predestined to salvation - can behave as he wants when he is destined to "salvation"! 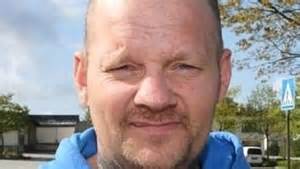 There is a person who warns against everything and everyone, but "forget" to include themselves. When he is predestined to salvation and can behave as he pleases, and desire.

Of course this is totally unscriptural, we all have free will and must be held accountable for our own choices and what we've done. That's why we need the grace of God in Christ Jesus.

Here about what Bjorn Storm Johansen teaches and believes.
Paul Washer and these others who believe in John Calvin doctrine Storm Johansen great role models:

It characterizes the Calvinists I have studied, is that the praises gospel and accuses others to have a different gospel. But after studying what they learn - it seemed reasonable to ask: Is it actually making it Calvinists even who preach a "different" gospel?

Naturally, it all began with Jean Calvin, a theology which appeared early in fifteen century. His theological system had much influence in including the Netherlands and Scotland. He was founder of what is known as the Reformed Church. After Calvin died came path a Dutch theologian named Jakobus Arminius. He was in the Reformed Church that Calvin founded, but he was anything but agree with Calvin. Calvinists and arminister keeps the discussion going today. Most denominations have Arminius his teachings in the bottom. On the other side there are some Calvinists in the US, and also some Southern Baptists who subscribe to Calvin's ideas. Unlike in Norway, where the Lutheran synthetic is dominant, this is indeed an important issue in the United States. Lutheran understanding is relatively arminiansk.

I have taken me four American preachers, Paul Washer, John MacArthur, John Piper and Mark Driscoll. And nor have I read some online what Calvinists say and think. Based on this, I formed a picture of them.

Calvinists are theological in its Christianity, some of them do not believe that God works with the Holy Spirit just as we read in the book of Acts. God has spoken in the Bible and it's just as valid (cessationism). They do not emphasize the life of God, they emphasize doctrine. Therefore brands will soon notice that the doctrine is paramount. They are biased. They consider that biblical teachings and Calvinism is one and the same thing. They are quick with criticism and allegation of heresy. Since their view is different from Lutheran and full evangelical means that most of us are at risk. They put very much emphasis on the gospel. "The gospel" is the only salvation. One of their own, one Calvinist named Paul Owen goes so far in his criticism, he says modern Calvinists have reduced the essence of Christianity to an eternal Gnostic contemplation of TULIP. It has to be said means modern Calvinists have reduced Christianity forever talking and meditating on the Calvinist doctrines. What triggered this reaction with Owen is a recent video of John Piper in which he makes an attempt to take Calvinism in defense. He does by praising it and give teachings honor. In addition, says Owen "what is this is precisely what I mean when talking about a TULIP cool!"

When I read this I thought: Yes exactly, there sat Owens name on it. Is not that what I have come up with? I've spent some time listening to Paul Washer and arrived at a question and a conclusion: Is not it true that Paul Washer talking much ABOUT gospel but not even declare it? Maybe he's Bible teacher and evangelist not - this is why I have asked myself. But the explanation is the following: Paul Washer do not think the same as me. He can not preach the way I think it should be preached. He do not believe in it. He believes in a Calvinist explanation model in which God has chosen some but not all.

Listen. What is "the gopel" in an evangelical context if it is not by faith alone? If you feel that God from time immemorial have created some people to be saved and some people to damnation - how do you know who is saved? This is also the core, you can not. A Calvinist who Paul Washer can not guarantee their own salvation, much less others. If you do not believe that you are saved by accepting Jesus as Lord, how can you offer other salvation? You can not. And that's why Paul Washer is the salvation to tender and clearly states that no one has the right to say that now you are saved. He do not believe salvation is for everyone!

This biblical vision has a name. Limited Atonement. (Limited atonment) Listen, how big is the difference between saying the gospel and the Atonement? Gospel (euaggelizō) means the good news, and what is the good news we preach, if not the message of salvation in Christ? Could not they just as well call it a limited gospel?

The title of this article is: Calvinism another gospel? If I'm going to answer that question then the answer is yes. There are a limited gospel and an attack on God's character.

Otherwise, what I have written about Bjorn Storm Johansen: