No. 1195: I have argued the exact opposite than what Kjell Andersen says that I write. It is that Hanvold and others will be progress when they give the people what they want!

No. 1195:
I have argued the exact opposite than what Kjell Andersen says that I write. It is that Hanvold and others will be progress when they give the people what they want!

When one maintains a quote from me, while ignoring everything else I've written. And not only that, one explaining to others what I meant when citing me, let it be gærnt!

I never under any circumstances supposed, believed or claimed that the Scandinavian Christian leaders, then it is only Ulf Ekman that almost is "worthy" and could become a Catholic when the other Protestants alike have so much wastage of forest.
As well they have turned up with a preaching that itch in the huge, ugly and seedy Protestant ears where one can not tolerate and will hear the word of God. One will just seem to have that itch in your ear and that satisfy the flesh and the old man.

Here is an article that supports this, it will be the last this time to counter the nefarious website Searchlight!

Nr. 626:
When the Vision Norway and Jan Hanvold go bankrupt?

When the Antichrist will come , he will probably sit in the temple with a Jewish chipped . Which is a traditional Jewish headgear, especially for men , the shape of a skull cap . Many believers practicing Jews , usually Orthodox, always go with chipped , while others only use it on special occasions , such as to show respect for the divine in connection with festivals , celebrations and visits to holy places . But this is no savior . Deliver a sin , repentance and confession only way to salvation . Well that Hanvold have tried chipped , it saves no still or doing any more sacred because of that. Had we lived in sackcloth and ashes , he had gone in sackcloth and ashes. Bad thing is that he gets deceived and seduced so many. 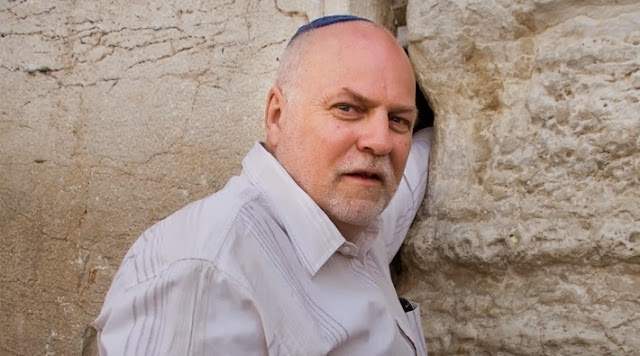 We do not live in the Old Testament , we had done it had in January Hanvold and most PinseKaresmatiske preachers been stoned or consumed by the fire of God long ago !

There are those who prophesy God's punishment of both the one and the other, to that I say that they prophesy falsely , and by old Testament standard. Hanvold has failed on every level it is possible to fail as a preacher , terrible and nitrist it . He has failed morally , preaching a false message and prophesy and give "knowledge word" taken out of thin air. He is what the Bible describes a wolf in sheep's clothing. But will he die ?

Unfortunately after what God's word teaches both regarding judgment and what will happen in the end times , Hanvold and the corrupt and demonic television channel Vision Norway has very good prospects for " success " and to be on the air.

In the end times will have itching ears , and it will be not few but many false prophets. This is what the Bible teaches , as appropriate Hanvold and Vision Norway as a glove ? Or should we not believe in the word of God when it comes to these things?

Vision Norway is not the only apostate TV channel broadcasting , there are several such as Good Channel, Channel 10 and unfortunately many, many others.

I have seen some other TV channels that purport to be Christians. Good Channel for example . send Kenneth Copeland , Joyce Mayer, Joel Osteen and many others. For me, the preachers filled with anything but the Spirit of God and preach the head not the word of God in the right way . If they are convicted and sentenced ? Just as Jan Hanvold it we see . They keep on and gather around themselves and forførerere and would you like never before.

What can we expect going forward?

A very successful for all apostate churches , congregations and ministers . But the problems and difficulties for the ultimate word of God and the Lamb wherever he goes . This is what God's word teaches , then can not we live as we are under the Old Testament service. We live in the time of grace to a covenant which Jesus has taken the punishment on himself , also Hanvold and all other apostates and deceivers . Where then is punishment and judgment ? There are anticipating that grace to end. Only after that can we expect and believe that there will be justice , truth and love that adds style and list everything . Before that , everything will become more and more corrupt , deceived and led into error and deception !

Jan Hanvold prosper because so many recognize themselves in his life and work ?

Those I know who support Hanvold and Vision Norway are mostly in clients who have fallen short in their lives in one or more ways . When appropriate Hanvold as a glove that has failed and now " succeed ". Then we have what we call recognition effect .

When will January Hanvold and all other corrupt and you would be judged and held responsible for his preaching and his life ?

1 Peter 4 17 For the time is come that judgment must begin at the house of God , but it begins with us, what will be the outcome for those who do not obey the gospel of God ? 18 And if the righteous is scarcely saved , where shall become of the ungodly and the sinner ? 19 Wherefore let them that according to God's will suffer entrust their souls to a faithful Creator and continue to do the good.

Scripture teaches that if you are saved , but have abused their life , then one set of evaluation ( judgment ) within its Judgment Seat of Christ . Or if not "when" and becomes saved, then the judgment before the white believers mentioned in the Book of Revelation. Therefore, it will unfortunately be good opportunities for Hanvold and many, many other false prophets and deceivers . They have " future" ahead of them to God puts his foot down , we live in grace and ward time . Where one is allowed to stay on as a " will " of God should and will try what is in us humans . Therefore, it is unfortunately the " true believers " who has the biggest challenge , and they shall be saved , if they endure to the end !

The word of God speaks of this if we do not like it , reckoning and truth time lies ahead, not in the moment !

When I preach this so it is not that believers should provide or support Hanvold or Vision Norway , on the contrary ! But for that one must be aware that we live in a special time of grace in which God blesses the righteous ot unjust, this scripture teachers .

From my commentaries Hebrews 6 3 How will we proceed , if God wills . Now there are many indications that Paul just sent this letter and never even come to Jerusalem and visit the church. Yet , for a letter he wrote .

4 When no one ever got light , tasted the heavenly gift, and were made partakers of the Holy Spirit , Here both he points to the glory of the new covenant and also warns not to leave it. The light is to see that only Jesus saves . The heavenly gift , Christ and the Holy Spirit is to share in God himself . Joh . AD 14 23 Jesus replied : Whoever loves me will keep my word , and my Father will love him , and We will come to him and make our home with him.

6 And they shall fall away , it is impossible to renew them so they left turns . They crucify to themselves the Son of God afresh , and put him to an open shame . I think this word and blasphemy against the Spirit is in the same street. More here in the church had or was about to return to Judaism . When it leaves one without Christ . As long as a disengagement from Christ , a return to Judaism , one denies him or revile him. So one without passing salvation and will be heading towards destruction . But faces than away from the Judaism , of denying and empty blaspheme Christ , God takes against one and man are forgiven and become partakers of grace. Deliver to pass without Christ is a unforsaken . Living a Christ is forgiven .

7 The earth which drinketh in the rain that cometh oft upon it, and bringeth forth herbs meet for the benefit of those who cultivate it, receiveth blessing from God . Although one is not punished at once so the verdict is waiting . God is generous and allows his blessing also "frame " all !

8 And the land which bears thorns and thistles , it is to no avail . The curse is not far away , and it ends with it being blasted . It urges the author to be unfruitful. Sooner or later their choices have consequences . Christ is the fulfillment of all the Old Testament and Judaism pointed up against. It will never get any better than Christ. ( end of quote ) .

Jesus says the same thing: Matthew 5:44-45 But I say unto you , Love your enemies , bless them that curse you , do good to them that hate you, and pray for those who persecute you , that you may be sons of your Father in heaven. For he makes his sun rise on the evil and the good, and sends rain on the just and the unjust.

We just have to live with it, that it is God who chooses the time, place and occasion to condemn and judge our lives . But maybe, who knows? So Hanvold and what he stands for will be revealed to all and sundry ? If it is , then it is a " benefit " for all . It is much better to make up their sin and repent here in time . Where promote, then it will be too late and everything will be sealed . Therefore is it to do to live and walk in the light - today - later it will be too late and must pay the consequences and be rewarded for what you have not done up here in time ! Or lose wages and ultimately , perish as it is obvious that Hanvold are headed against today and those who follow him.