No. 1225: Oslo police standing on the strong their side - will have the weak and helpless doomed!

No. 1225:
Oslo police standing on the strong their side - will have the weak and helpless doomed!

Looking at how Oslo Polti acting, not least through the group at Manglerud calling himself preventive. The so-called Hatkrim group at Oslo police do the forunderligste pranks, which they unfortunately get Oslo District Court on their in my estimation quite beyond decisions !!!!!!!!!!!!!!!!!!!

They take indictments against several who already lying down and is the weaker party.

One of these is Christian Rosland who after only one utterance is judged. This is really bad when we know that this Christian Rosland's even been harassed separates worse than what he has said in public. And that here is a person who needs more guidance and dredging, but punishment!

Now there are several that have begun so-called clergy for what he was convicted of. Having written a sentence against a dark-skinned lady who already has over Norway in their backs!

I have already written about Christian Rosland here, read for yourself:

Now there are others who have called harassed as Christian Rosland and gone 100-1000 times longer. But this is so-called gifted people, what about them? Will they be punished and get a lawsuit against them? Here there is obviously no equality before the law, but Polti do as they like and think is "right!"

See here what others have written and done the same "street!"

Can not bear to publish their article, but the links to the entire (maybe I'm being punished and those who have written this goes free, he he ??????????????).
Here there is obviously no equality before the law.
Taking your first article I have written about Polti at Manglerud so until finally there are links that you can look at to find what some have written and drawn, far exceeding both what I and Christian Rosland has written and spoken.

As Hatkrim group at Oslo police after my review simply makes a bad evaluation and mistakenly it is possible to do!


No. 1103:
For police on Manglerud so they operate with "two sets" with laws like they do in North Korea and other dictatorships!

Photo of Pinocchio as Torp similar, except he does not get big nose because he has a conscience or scruples for some of what he does and says affects other than themselves. Are you a super egoist, so tread one of everything and everyone, only one even gets benefits from it. 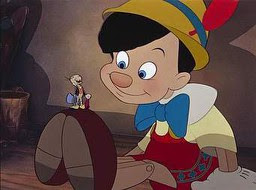 I believe that Jan Aage Torp has come with a fictional review of me when the entire case is about my views on marriage - divorce and re-married.
But so did Torp something "wise" believe him. He found some words and phrases I've written against him, went to the police and said that this is "harassment" but he has harassed other people throughout his life, even his own family, and the public.
But okay, all I have written about Torp also outside this with remarriage, I stand for. That he is a fool apostle, adulterer, psychopath and a few other words.
But what Torp written about me? Far worse and stronger words. Why ignore the police this?
Here are some:
And what is worst of all, is the what his "henchmen" and "" poodles "has written.
Here are some:
If what I have written and spoken is "punishable"? Then you have all these other things be, what then?
Here is the crux.
I will not repeat myself, but show up in Oslo District Court on Wednesday 20 January at. 09.00 Sal 416. Ask for the case.
And you will learn more about what these others have written about me, I've written in other article located at the Heavenly blog.
Oslo police lie and change your mind, too!
I was in conflict with the council Torp and where the offer I he to change certain words and expressions. But Torp said a flat no as he has only one purpose in this case. It's getting me convicted so he can go to Google with a final judgment and get me away from search engines.

Oslo police said that after this meeting they would not do anything more with the case but summon me and Torp to two separate meetings to tell what they think is acceptable to write and speak. This promise they have not kept, but runs sake welcomed me and speak at least two tongues. And they operate as they do in a dictatorship state. But I'm looking forward to the matter, I am confident that both Torp and police will suffer a crushing defeat to both Brynjar Meling and me!

I think the last 1½ also be interesting when I've come a false apostle, even a fool apostle onto blade. Think I've never experienced such a rotten person who throughout his is a big, big ego. Could never dream gone back on a single word or phrase of what I have spoken and written.
Torp is far worse and a greater false Apostle than what I have been able to convey, he lives in adultery and operates with heresy. Have thoughts and opinions about himself that he is a "true" Apostle Paul, John, etc.
But he is in fact nothing else than Satan's servant who is as scripture says:
2 Cor. 11. 3 But I am afraid that as the serpent deceived Eve by his craftiness, your minds may somehow be led astray from a sincere and pure devotion to Christ. 4 For you tolerate it very well so when someone comes and preaches another Jesus than the one we preached, or if ye receive another spirit, which ye have not received, or another gospel, which ye have not accepted. 5 I believe that I am not in the least inferior to these super-apostles. 6 Even if I am unskilled in oratory, I am not without knowledge, and I have always and in all questions presented to you. 7 Was it a sin for me that I preached the gospel of God to you without payment, humbling myself to lift you? 8 Other congregations I have virtually looted; I got payroll of them to serve you. 9 When I was with you, I was not a burden to any of you when I needed something. For the brothers who came from Macedonia gave me what I was missing. In every way, I made sure to do without help from you, and I'll also do hereafter. 10 As the truth of Christ is in me, this honor will no throughout Achaia get take away from me! 11 Why? Because I do not love you? God knows I do. 12 But what I've done so far, I still do. For some would like to have bragging that they are like me, but the opportunity I will cut them off from. 13 These are false apostles, deceitful workmen, masquerading as apostles of Christ. 14 There is no wonder, for Satan himself masquerades as an angel of light. 15 And it is no wonder that his servants masquerade as servants of righteousness. But in the end will be according to their works.
Related links:


http://the-heavenly-blog.janchristensen.net/2015/01/no-858-review-of-searchlight-and-kjell.html
Links showing worse things than what I and Christian Rosland has written and spoken: