No. 1217: I drifts not court in Norway after the fatal trial in Oslo District Court will therefore prepare the entire process ends in Strasbourg, France!

No. 1217:
I drifts not court in Norway after the fatal trial in Oslo District Court will therefore prepare the entire process ends in Strasbourg, France!

Image of city of Strasbourg in France as a last resort we will take this rigid judgment if it is unsuccessful in Norway. 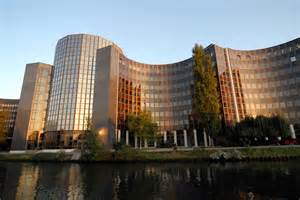 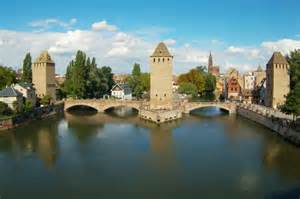 I have no idea about this issue ends with a full pardon of me, or about Polti wakes up and gets Jan Aage Torp, Ansgar Braut and Torodd Fuglesteg brought charges against and convicted? Each Kjell Andersen who runs the nefarious website Searchlight which has allowed these nettrolene ravage and hold on!

I hope the best and fear the worst. But it is obvious that we face Norway's greatest miscarriage of justice if I am being judged whether it is paying $ 1. or 1 Million. Or one day or one year in jail, I've never been close to write or preach something that is punishable. Everything I've written on your blog, website or own You Tube channel.

It is punishable here on this issue as I see it, this is it:

1.) Jan Aage Torp has falsely accuse me as it is my view and preaching about remarriage that is the "problem". Not what I have called him or anything else, which surpasses he me many times. The review is fictional as it is to achieve something quite different than what he says. He lies and manipulates. Notice that he is now concerned only with one thing, the same as Polti. It is that I have not written and spoken anything criminal, but it is the quantity of it all. This lie is Torp, police now completely agreed. But that said, crime is at in my and many others' assessment.

2.) Ansgar Braut and Torodd Fuglesteg certainly diverse hatmeldigner welcomed me and others as they have been doing for several years is really a criminal offense. Here we are talking about two pieces which I would define as the two largest and worst net roll.

Satan hates passion for God, Jesus and his words. Hence the tremendous opposition against me and the Heavenly blog so intense and incomprehensible. Despite minimal resources and everything else that is so "important!"

I have been offered a lump sum which they would pay the fine which the police have given me, but I refused cash. I have not done anything close to what is punishable, just held up the word of God and truth.
Today saw both VGTV Torp's own son Anders and tons of others tell the same as me. And that Torp have been verbally much longer than me and his poodles and lackeys have written so much crap about mg that it is actually in a separate category!

There is nothing else than a miscarriage of justice. And Meling is also built on this in appeal leaflet that Torp constantly and his partners always goes longer than me and is much faster on the web to inform etc. In other words, here it is really a feud between me and Jan Aage Torp police interfere '.

This writes lawyer Brynjar Meling: "As shown by the Rt. 2014 p. 669 paragraphs 17-18, the "mind integrity" as protected by the provision and "only serious violations affected." The court discusses on page 5-6 defender's allegations that blog is not affected because it is not aimed directly at Torp. The court will still p. 6 that the posts are published on the Internet and concludes that this does not preclude the application of § 390 a. This is a formulation that would in itself may question whether or not involves a expansive interpretation of the wording of strl. § 390 a) and thus already at this point. Infringes clarity principle ECHR 7 and legality in grl. § 96.

Difficult it becomes when the court finds support for its view in the case law. Neither the Oslo District Court decision in 2013-111-859, RG 208-1499 or THEDM 2004-3964 may be cited for applying the criminal code. § 390 a on the blog. It's in both of these decisions, talk about actions that have just aimed more directly at people.

When the court additionally highlights that blog posts are open available for everyone and indexed so that they get hits on Torps one on search engines like Google, it shows precisely that one is outside the private sphere. It is not so that one can understand and interpret it as when "affected" can be regarded to have received the message when it came to his knowledge - since the accused's activity has such a scope and intensity that Torp and Christensen's case.

Here are making the right not only an expansive interpretation of the penal provision but they are "enough" is also the fact, which can be an equally strict violation of the principle of legality. The court uses RG 2008 p. 1499 as the basis for its position without any discussion or in any way argue why this is relevant. From here noted that in RG 2008 p. 1499 had convicted hung hundred posters in the victim's community, where the victim was named and given information that he was convicted. The fact of the matter is therefore - unlike the present case - that the defendant has sought aggrieved community and hung him out in public bulletin. This is nothing but adding this openly in a blog.

Here it may be noted that the court has disregarded in the fact that Torp's own activities have helped to disseminate information. It may on that occasion declared that the first mentioned Oslo district court's judgment against Christensen was Torp in his blog. It shows that there is no privacy Torp is committed to protecting by reporting Christensen but he does this as part of their "struggle". It is argued here that the judiciary should be careful not to let himself be used. That is why isolation right when the police have dismissed Christensen reviews from Torp, but it is thus wrong to maintain other way. "

That said, we are preparing to take this judgment to the Court of Human Rights in Strasbourg, France. We are looking forward to take a few days, bring all papers and documents and try to raise the matter down there so we definitely succeed. But we hope, believe and pray and full acquittal in Norway and those who are guilty in this matter will be taken and get the punishment they deserved!

Here is an article I wrote about this a while back:

No. 945:
The road towards remarriage will probably sooner or later end in Strassburg to be convicted or acquitted on the legality of this freely and without obstruction by the authorities!