No. 1223: Anders Torp and Ruth Helen honorable confronts located 7-17 years ago, my "settlement" applies today on the basis of God's word!

No. 1223:
Anders Torp and Ruth Helen honorable confronts located 7-17 years ago, my "settlement" applies today on the basis of God's word!

Photo of Thomas Erlandsen which is like a prygelknabe for Christians - he has the "control" on. Me they do not - therefore I am like a grain of sand in the eye and is called the most stupid thing that I am a Christian web roll and more ugly and weird! 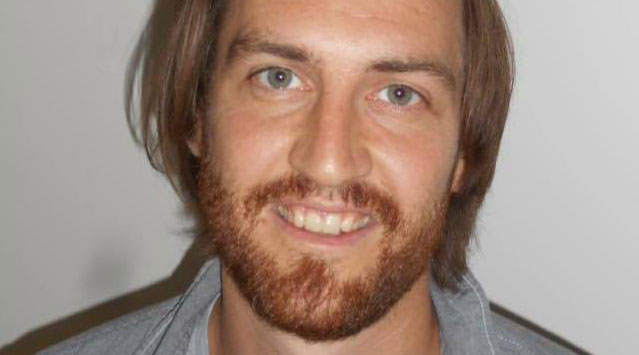 I see God's hand in "the game" and the event that Anders Torp and Ruth Helen honorable have come forward with their stories.
Believe in every word they have said and written. It's terrible what treatment they have received. It is especially bad with Anders Torp who received it from those he trusted and who would show him care and comfort. Here betrayed all around this nice and lovely boy! For it is truly a miracle of God that he is upright and after all does not seem deeply hurt by all that he has been subjected to by both the one and the other!

But what I convey through my writings and speeches, is different!

Therefore Christians not be confronted with it, passing for here they are revealed in a completely different way, which makes them answer culprit!

Christian people seeking control - when, for example. Thomas Erlandsen goes by that Pentecostal preacher / pastor and promotes a homosexual lifestyle as they throw themselves on!

But I who points out the word of God that remarriage is adultery - then they do the opposite, why?

It should then be much more interesting? I have neither abandoned the faith or an apostate which the points with said second. Why?
Me they have no control over, when I convey only one thing. God's word, and it is timeless! And that I live that I myself teacher (with God's help and grace).

Here is the crux, I convey God's word that is timeless, it hates Christians! But some come forward with stories that are X number of years back in time, where they have, after all, one whose control! And that it is "weigh" agencies in the community that conveys this. Then they just "wag" and indulge themselves when they have never learned to trust God and he alone!

In other words, God's people really hate him to serve when they do not relate to the word of God and align themselves with God's word.
Jesus uses the term about themselves as God's word.

This is about Jesus, who is called the Word of God. I convey no bad experiences, fail Christ and others. Which after all has been the result of some other. I live even as God's word says, preach the word of God and holding fast that Christians also should relate to God's word. This is not tolerated, not debated and in many ways overlooked. Why? I mean absolutely certain that the Christian people hate losing control over their own standpoint, and self-development!

We read in Hebrerbrevet 11. 6 But without faith it is impossible to please him: for he that cometh to God must believe that he exists and that he rewards those who seek him.

What does it mean to walk by faith? Above all, trust in God and his word, above anything else!

Why such reluctance to focus on sin within the church, where the remarriage among ministers is undoubtedly the sin above all others that will be accepted and accepted? That really is skjøgekristendom above anything else!

I know one thing, that my preaching is the same as Jesus and the apostles preached. What we hear among the believers very much is not it when they condone sin, especially sin among Christians!

It was very good that Anders Torp and Ruth Helen honorable takes issue with what they have been through. This is unacceptable, especially what Anderstorps have gone through is so beyond that it hurts deep into his belly! That site Searchlight almost justify such crimes and did not take 100% party to the injured party here tells us that we have a very dangerous line forum to do!

In other words, my concern is much deeper and timeless. While Ruth Helen honorable and Anders Torp is something that is in "the time!"
All that is good, but when eg. Thomas Erlandsen come forward, he is like a prygelknabe for Christians - he has the control.
Me they have no control over - just as they have control on God and His word - then God is everywhere. It's my ability to convey the word of God as Christians hate, because here they meet themselves in the door!

Christian people will have the world's children to relate to Christ and God's word. But they, just like the religious at the time of Jesus. Only emphasize some things in God's word, but ignore other! This is hypocrisy and not true Christianity!

Joh. e. 10 1 Verily, verily, I say to you, whoever does not enter the sheepfold by the door but climbs up some other way, is a thief and a robber.

Jesus says even that such Christianity we find today, that they do not go through the door. But skipping somewhere else, like thieves and robbers do it!